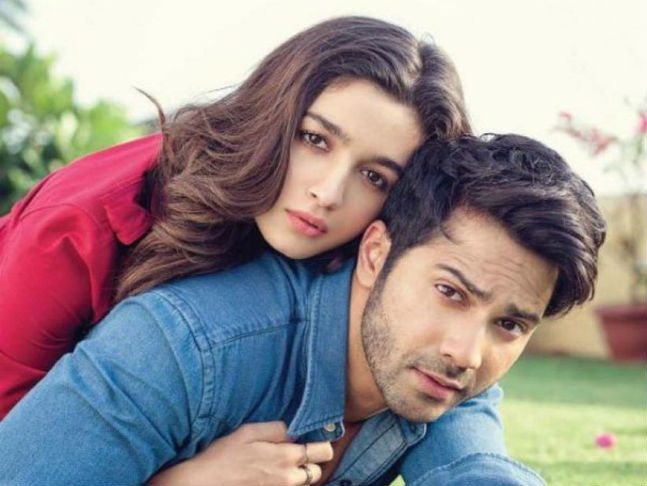 Don’t we absolutely love watching Varun Dhawan and Alia Bhatt together onscreen? Certainly, we do and fans of Varun and Alia will be delighted to know that both of them share a great equation off-screen as well apart from impressing fans on celluloid.

Conversations between Varun and Alia, though, aren’t about the personal aspects of their respective lives. Career is what Varun and Alia are concentrating on at the moment and mostly discuss work with each other instead of conversing about interpersonal relationships. Hence, Alia is the last person Varun will take relationship advice from, he said, during an interaction with a leading magazine.

"She’s the last person I’ll take relationship advice from. One good thing about our friendship is that we don’t discuss those aspects of our lives with each other. Our discussions are around work because both of us are equally driven about our careers. But yes most of the time, we end up making fun of each other,” Varun said during his interview.

Varun and Alia made their debut in Bollywood with Karan Johar’s Student Of The Year, co-starring Sidharth Malhotra, in 2012. After SOTY, Varun and Alia also appeared in Humpty Sharma Ki Dulhania, Badrinath Ki Dulhania and will also be seen in 2019’s Kalank.

The 31-year-old actor, thus, enjoys working with Alia and said, "The best thing is she helps me with my character. She does all the work. She cracks my character. She also gives me references. (Laughs) Until she doesn’t do that, there’s a lot of friction on the sets. Till that doesn’t happen, I’m not happy with her. If she doesn’t act out my scenes, she’s not doing her job as a co-star."

Varun is currently gearing up for the release of his new film Sui Dhaaga, co-starring Anushka Sharma. The film will release on September 28.