On Wednesday, R&B singer R. Kelly was sentenced to 30 years in prison. He has been accused of sex trafficking. Reportedly, he used his fame to sexually abuse young fans, including some who were just children. In a tweet, the US attorney's office for the Eastern District of New York informed, "The verdict is in: R. Kelly has been sentenced to 30 years."

Earlier, The prosecutors requested the court to put the singer behind bars for at least 25 years as they felt he still "poses a serious danger to the public." In a memo, the prosecutors stated, "His actions were brazen, manipulative, controlling and coercive. He has shown no remorse or respect for the law." Kelly's lawyers demanded a lighter sentence of approximately 17 years. 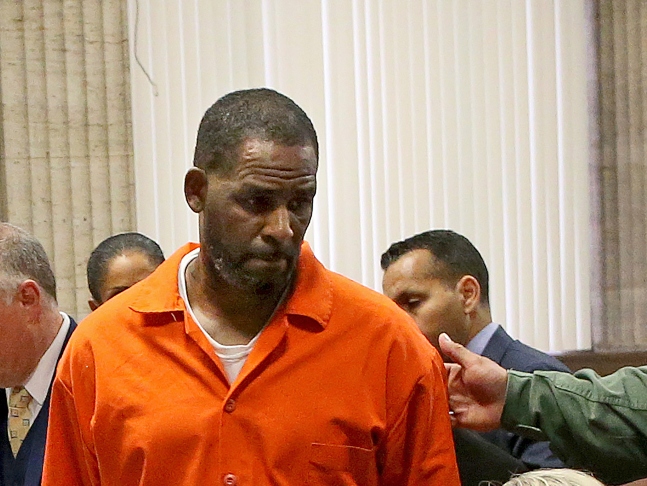 One of the victims told media outside the court, "I'm grateful that Robert Sylvester Kelly (R Kelly) is away and will stay away and will not be able to harm anyone else."

As per reports, Kelly's 30 years sentence came a month before the jury could start Kelly's federal trial in Chicago on August 15. Reportedly, Kelly and two of his former associates are alleged to have rigged the singer's 2008 pornography trial and hid years of sexual abuse of minors.

Reportedly, the prosecutors were given the responsibility to prove the singer guilty of racketeering. As per reports, 45 witnesses including 11 alleged victims were called by the prosecutors and they highlighted the crime Kelly carried out for years. To convict him of racketeering, they had to find him guilty of at least two of 14 "predicate acts".

Many of the victims reportedly said they had met the singer at concerts or mall performances and were then handed slips of paper with Kelly's contact details by members of his entourage. Several said they were told he could bolster their music industry aspirations.

Costume stylist accuses Rahul Jain of raping her at his residence, sin