The Narcotics Control Bureau (NCB) arrested Bharti Singh and her husband Haarsh Limbachiyaa over the weekend after officials recovered ganja during a raid conducted at their residence and office on November 21. The renowned comedienne and her husband are in judicial custody till December 4. Now, according to the latest reports, Bharti has voluntarily disclosed that she used to smoke weed purchased by Haarsh.

An NCB official told a leading daily, "A notice was served to Bharti Singh under the provisions of Narcotics Drugs and Psychotropic Substances (NDPS) Act and her statement was recorded. In her statement, Bharti voluntarily disclosed that she used to smoke weed joints/ganja purchased by her husband Limbachiyaa often. Bharti was then placed under arrest." 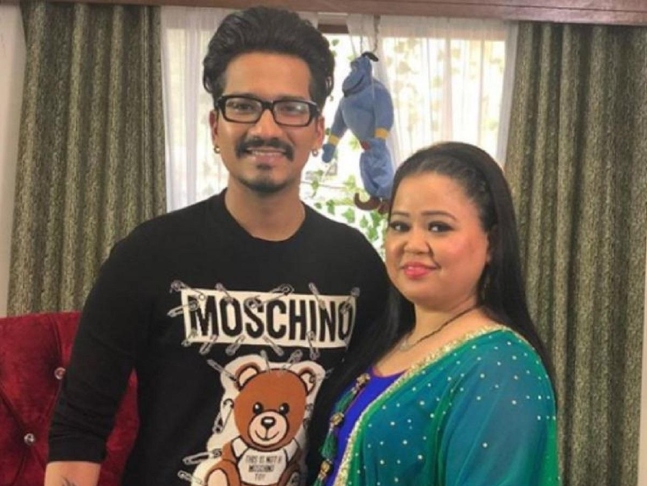 The official further added that Haarsh admitted procuring and smoking weed joints and ganja. "He further disclosed that he had purchased the contraband from a peddler. He had kept some amount of the contraband at his office, while the remaining at his residence which we had seized during searches. Limbachiyaa too was then placed under arrest late on Saturday," the official told the daily.

Bharti's and Haarsh's lawyer Ayaz Khan said, "It is a case of small quantity of contraband, punishment for which is up to one year in jail. The prosecution’s case is that it was a case of consumption and not peddling of drugs. We argued that why the NCB required custody in a consumption case wherein statements have already been recorded."

The investigating agency recovered 86.5 gms of ganja from Bharti's and Haarsh's office and residence. According to the daily's report, the NCB officials, at the couple's production house, found 65 gms of a green-coloured leafy substance which was tested and identified as ganja. At home, they recovered 21.5 gms of ganja and unaccounted Rs 1.49 lakh in cash.