Replying to the same, Ganesh defended himself in a Facebook post by writing, "All these are false and concocted stories and are part of a larger conspiracy against me. I have already explained in my press conference that some people are trying to tarnish my image by making false allegations against me because I have taken a stand against them. They may do many such things against me in future. I am fighting for all the poor dancers because of which I face a lot of problem. I will not give up my fight against wrong people and for the betterment of dancers." 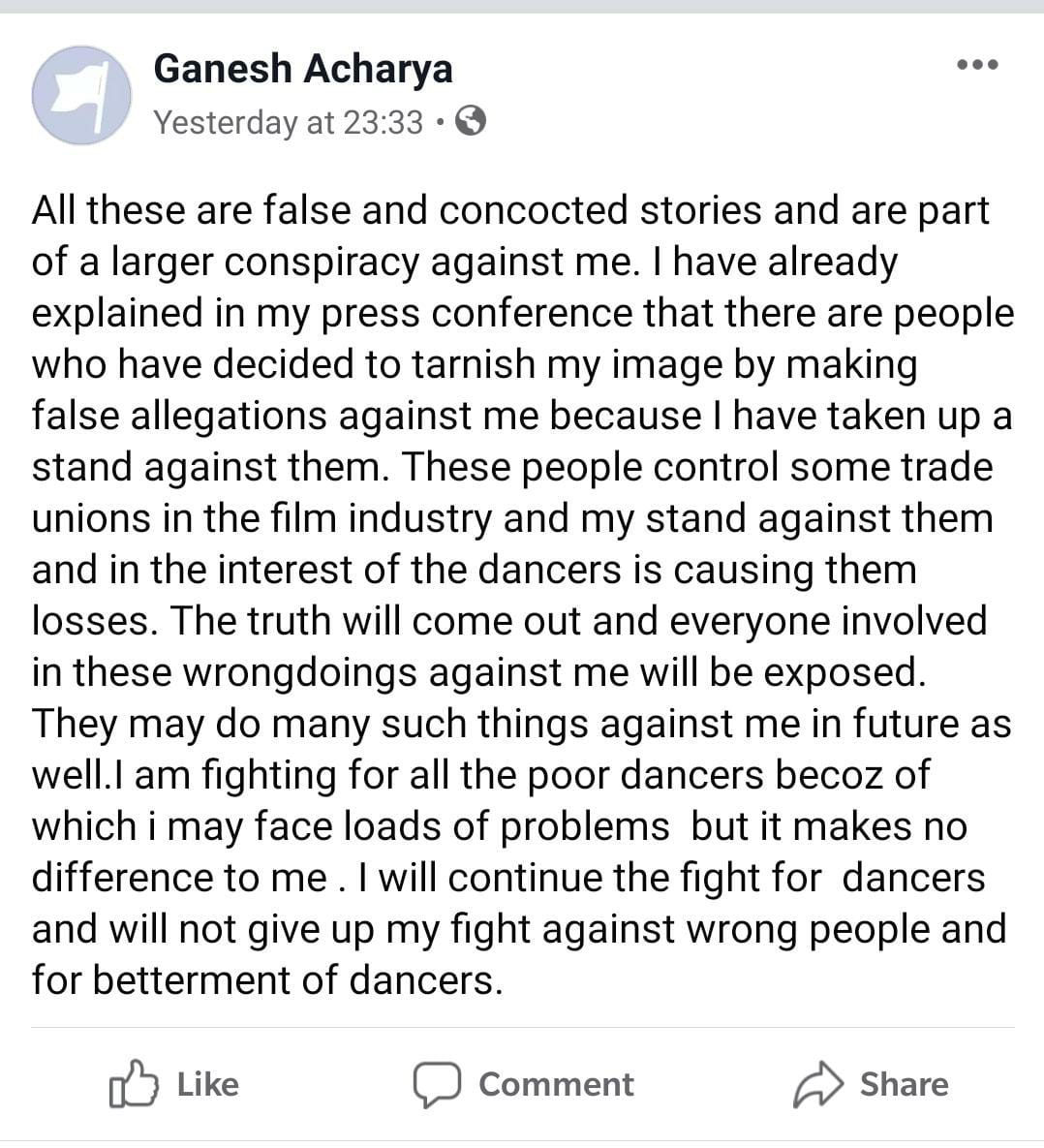 However, it does not end there as a second FIR has now been filed against Ganesh following sexual harassment allegations levelled against him by a senior background dancer. In her letter to NCW, the complainant has reportedly alleged that Ganesh had "coerced" her into having sex with him in 1990, but she managed to escape. "On the pretext of teaching me Jive, he kissed my neck and cheeks. When I resisted, he threw me on the bed and said he wanted to make love to me and marry me. I kept saying no but he kept moving his hands over my body," she told the daily. Furthermore, she revealed that she knows of another person Acharya had tried something similar on.

Ganesh has vehemently denied the second allegation too and has said, "I have explained in a press conference that some people are tarnishing my image because I took a stand against them... They may do many such things against me, but I will not give up."

This is not the first time that Ganesh has faced harassment charges. Bollywood actress Tanushree Dutta has also come out and spoken about the choreographer for spreading "malicious rumours" about her and ruining her reputation.

Bollywood Drug Probe: Sara Ali Khan leaves from Goa with her family after being summoned by NCB