Advertisement
HomeCELEB CRIMESonakshi Sinha in legal soup; UP Police drops by her Mumbai residence for inquiry in an alleged cheating case

Sonakshi Sinha in legal soup; UP Police drops by her Mumbai residence for inquiry in an alleged cheating case

According to a report in a leading daily, a team of police officers from Moradabad in Uttar Pradesh turned up at Sonakshi Sinha's Mumbai residence on Thursday in connection to cheating a case registered by an event organiser. The event organiser had filed an FIR under sections of cheating against the actress a while ago after she failed to live up to her commitment of attending an event at the last minute. The UP Police, assisted by officials from the Juhu police station visited Sonakshi's pad to record her statement in accordance with the case. However, the Police failed to do so as she wasn't at home at that moment. After waiting for a few hours, the officers left the Sinha house and are said to make a visit to the actress's home again on Friday.

Talking about the accusation of cheating on Sonakshi, her spokesperson denied it and said she has fulfilled all her professional commitments with utmost sincerity. "In her nine years long career, she has only worked with complete honesty and sincerity. What this man is accusing her of is completely untrue and baseless. This is just a way of extortion by maligning her spot free reputation in the press and it is not something that Sonakshi and her team will succumb to. She is a thorough professional and we have been more than cooperative with whichever authorities that have gotten in touch with us because we have nothing to hide," the spokesperson told the daily leading. 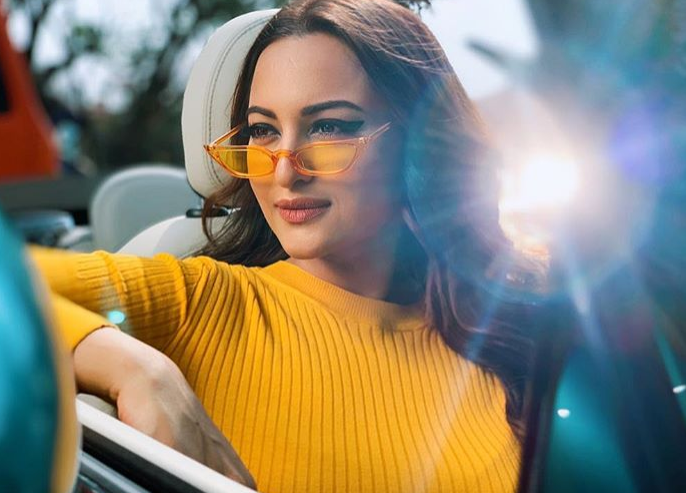 Recommended Read: Tanushree Dutta to file protest petition against Nana Patekar, says 'I’m used to the game-playing, but this time I’m ready with my arsenal'

As per reports, Talent Full On Company was roped in for the event and after talking to Sonakshi's secretary, an amount of Rs 32 lakh was deposited in her account. The actress, however, cancelled her appearance causing losses to the organiser. The reports also suggest that four others - Malvika Punjabi, Dhumil Thakkar, Edgar Sakaria and Abhishek Sinha along with Sonakshi, were named in the complaint. Law enforcement had claimed that the accused in the case have defrauded the complainant of Rs 32 lakh.