Dheeraj Dhoopar and his wife Vinny Arora Dhoopar are all set to become parents for the first time. The expectant couple is too excited and eagerly waiting for their bundle of joy to make an appearance. Ahead of the little one’s arrival, Dheerah threw an intimate baby shower for Vinny which saw their family and friends attending and wishing the would-be parents. Dheeraj shared several inside pictures from the baby shower. Dheeraj and Vinny twinned in white outfits as they cut a cake and celebrated their impending happiness.

Sharing pictures on Instagram, Dheeraj captioned the post, “Celebrating #babydhoopar.” Dheeraj and Vinny cut a two-tier white-pink-and-blue cake which had the words ‘Oh Baby’ on top as decoration. Dheeraj’s Kundali Bhagya team also attended the bash. Dheeraj wore a white shirt, jacket and pants whereas Vinny wore a white sharara. Dheeraj even shared a glimpse of the beautiful spread at the table

RECOMMENDED READ: PeepingMoon Exclusive: By the end of 2021, it was unsaid between Dheeraj Dhoopar & me that we are ready for a baby- Mom-to-be Vinny Arora Dhoopar 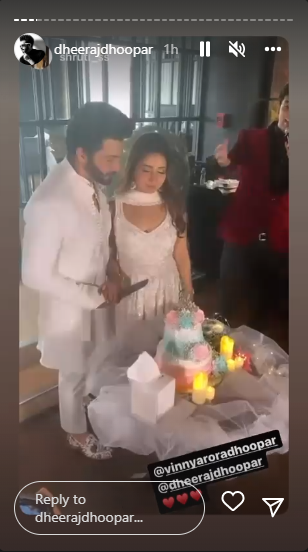 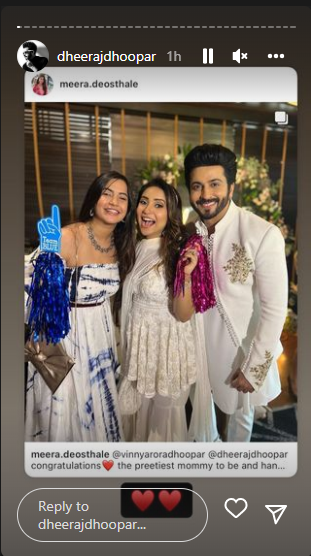 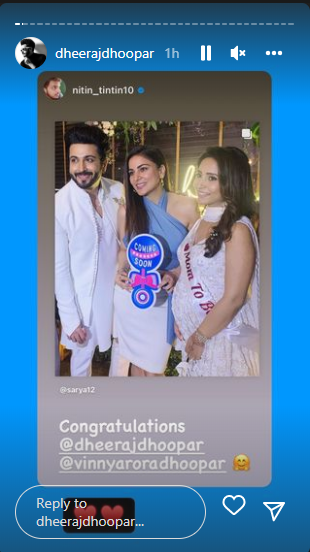 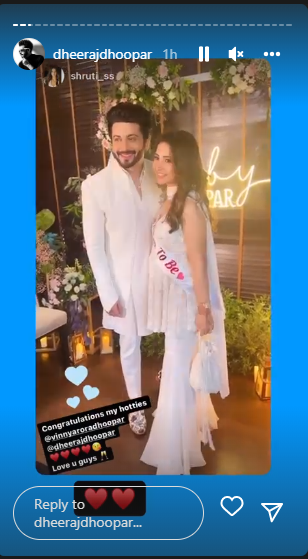 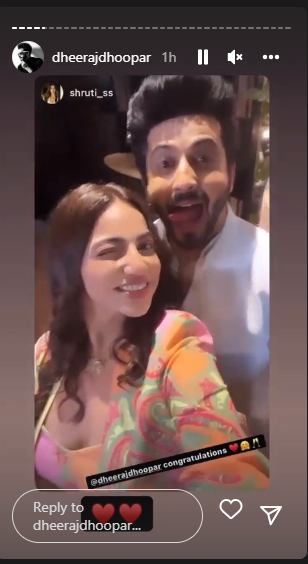 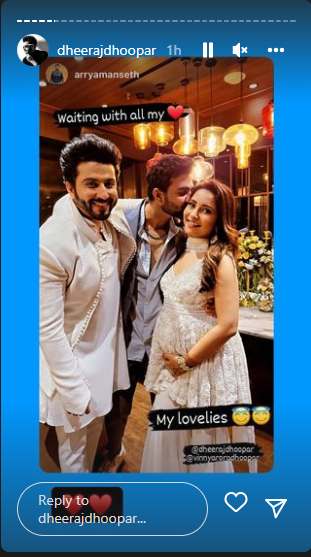 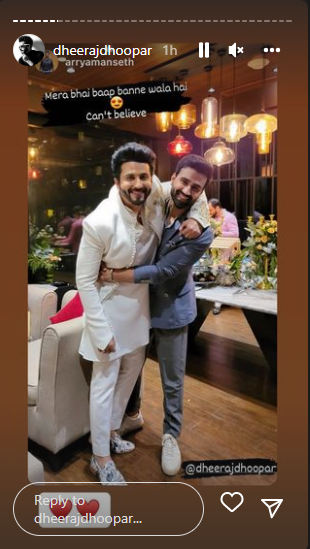 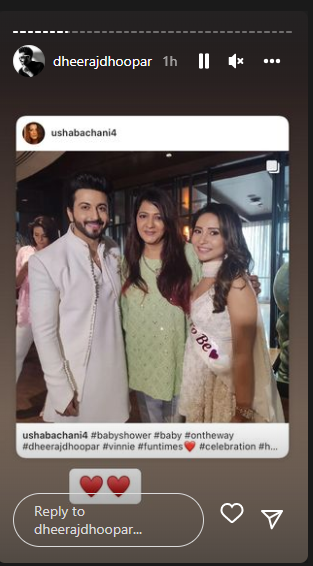 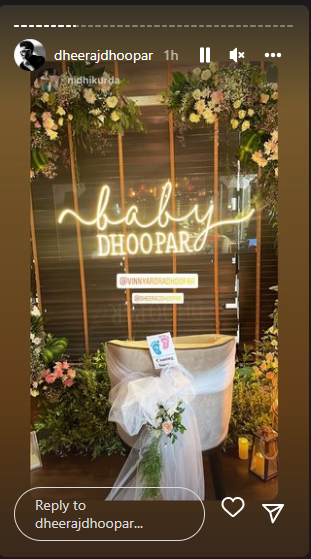 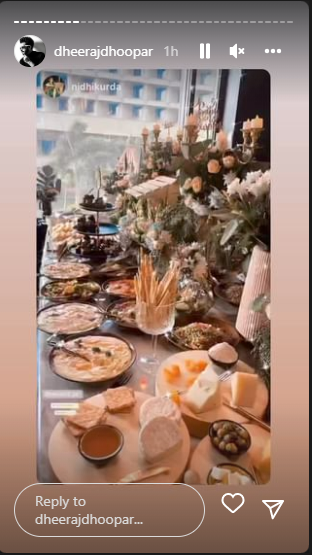 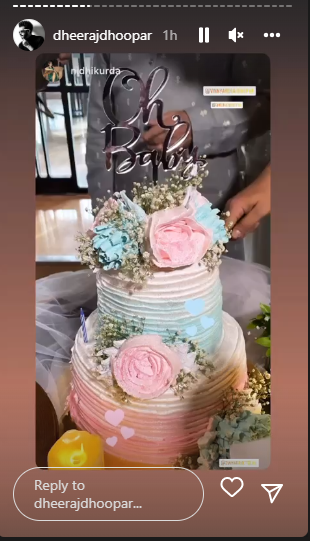 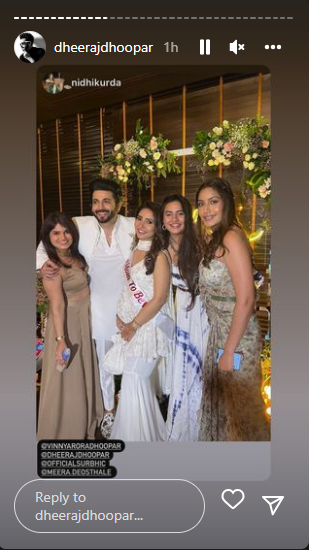 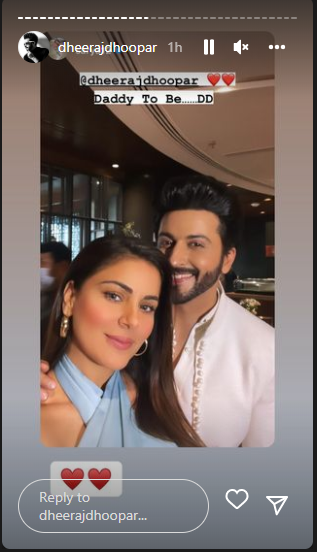 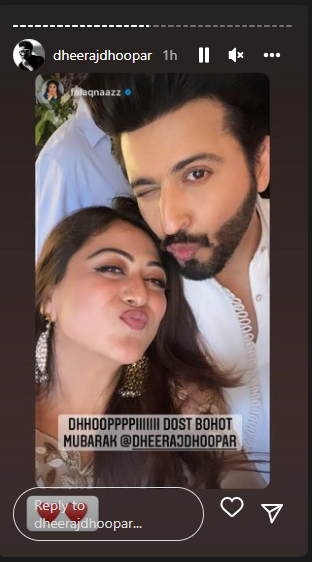 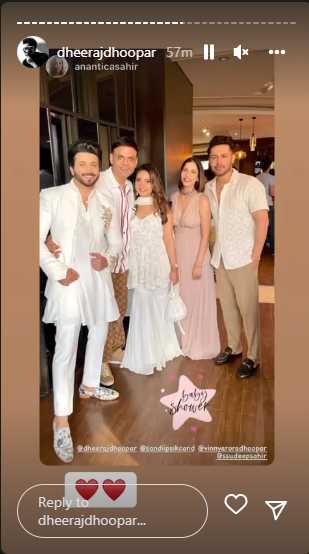 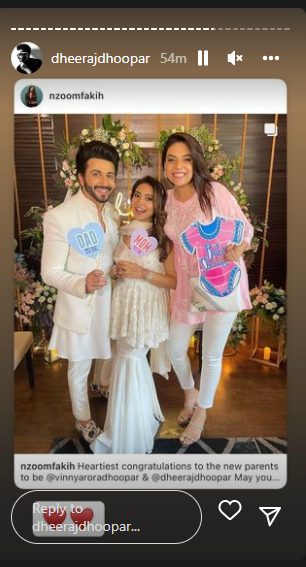 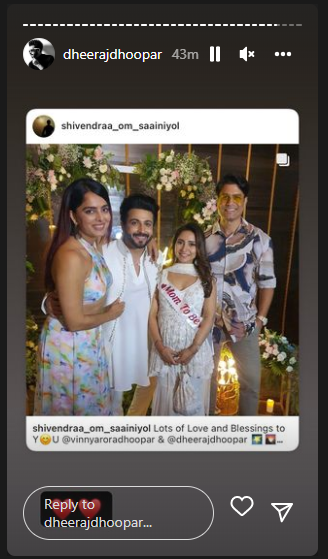 Dheeraj and Vinny had announced that they are expecting their first child on April 2. Dheeraj is currently seen in EKta Kapoor’s Kundali Bhagya opposite Shraddha Arya. He plays Karan Luthra.

On the other hand, Vinny started her career with Kasturi and later appeared in Kuchh Is Tara and Aathvaan Vachan. She went on to portray prominent roles in shows like Maat Pitaah Ke Charnon Mein Swarg and Itna Karo Na Mujhe Pyaar.