Ranbir Kapoor and Alia Bhatt are dating each other for quite some time. While their families are fond of each other, they are yet to take their relationship to the next level, that is marriage. Due to the pandemic, Ranbir and Alia's wedding apparently got postponed. Alia, who is now like family, is a part of almost every Kapoor gathering. Recently, Ranbir's cousin sister Karisma Kapoor appeared on Super Dancer: Chapter 4 as a guest judge.

During the fun-filled episode, a contestant asked Karisma that how many actors her family has given to the cinema industry. The actress replied in Hindi, "So many! My great-grandfather, Prithviraj Kapoor; then my grandfather Raj Kapoor; Shammi Kapoor, Shashi Kapoor; then their wives, Geeta Bali, Jennifer aunty; Prem Nath ji, Rajendra Nath ji; then my dad, Chintu uncle, Chimpu uncle; my mom, then me, then Kareena, and Ranbir; you want more? Armaan, Aadar, and now Zahan." 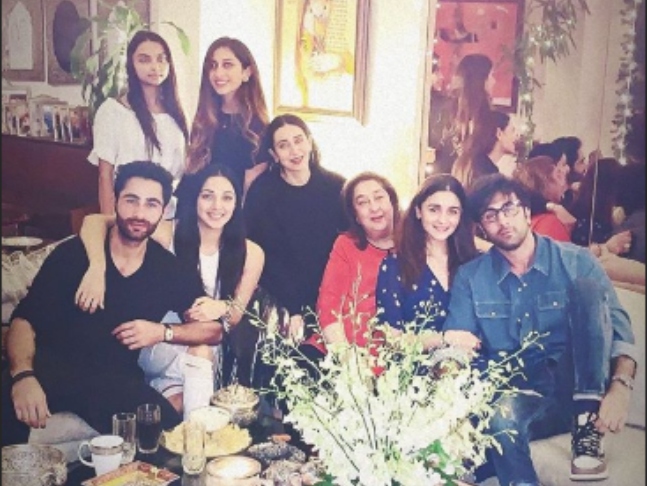 Recommended Read: Karisma Kapoor steps in Shilpa Shetty’s shoes as a guest judge on ‘Super Dancer Chapter 4’, shakes a leg with the contestants on her special episode

Anurag Basu, who is one of the three judges of Super Dancer: Chapter 4, suggested that Karisma can include Alia too. Flashing a smile, Karisma indicated that her lips are zipped on that topic. Anurag has worked with Ranbir on films like Barfi and Jagga Jasoos.

Karisma was filling in for judge Shilpa Shetty, who has taken a voluntary break from work to be with her family after her husband Raj Kundra was arrested in July.