Indian Idol 12: Shatrughan Sinha reveals the real reason why he said no to doing Amitabh Bachchan’s role in ‘Sholay’

This weekend, Shatrughan Sinha and his wife Poonam Sinha will be appearing on singing reality show Indian Idol 12. The contestants along with judge Himesh Reshammiya, Sonu Kakkar (who has replaced Neha Kakkar for sometime) and Anu Malik showcase their singing talent  for ‘Shatrughan and Poonam Sinha’ special episode.

During an engaging banter, Shatrughan revealed the real reason he did not take up the iconic film Sholay. Shatrughan said, “You can call it a ‘human error.’ Ramesh Sippy saab used to make great films and he made Sholay which became a blockbuster and was praised by world’s renowned filmmaker, Bharat Ratna and Oscar winner Late Satyajit Ray Saab who liked this film the most.” 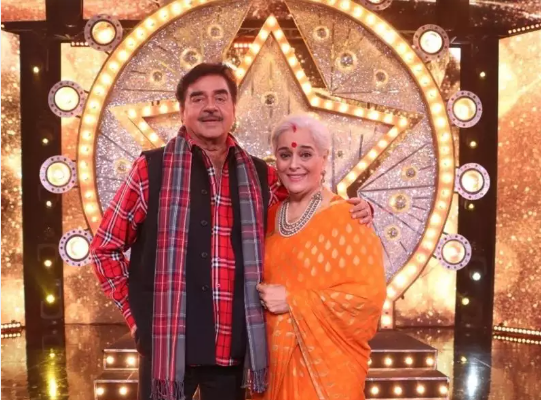 He further added, “During those times, I was continuously shooting for films which had two heroes and, somehow, we can call it a human error or my dates were an issue due to which I couldn’t sign the film Sholay. I’m sad but happy at the same time as due to Sholay, National icon Amitabh Bachchan, who is my dear friend, got such a big break.”

Shatrughan further said, “Certain rejections of films occur due to date issues. Even Amitabh Bachchan wanted to do KaliCharan but he couldn’t do it for a reason. It’s generic in nature, even Rajesh Khanna, Shah Rukh Khan, Salman Khan, Sunny Deol must have rejected films for several reasons. Its habitual nature wise.”