Aly Goni leaves no stone unturned to make his ladylove Jasmin Bhasin feel happy. Their chemistry was seen in Bigg Boss 14 and was a big hit among fans. Even after the show, they are been spreading love on social media with their cutesy posts. Now, as Jasmin's birthday (June 28) is around the corner, Aly made sure she feels special.

The actor sent across a bouquet of pink roses along with a note. Using multiple blowing kiss emoticons, Jasmin shared a picture of the bouquet on her Instagram stories and wrote, "Waking up to flowers today @alygoni you definitely know how to make me super happy." Recommended Read: 'When you feel comfortable with your co-actor, the chemistry automatically works,' say Jasmin Bhasin and Gurnazar on their song 'Tenu Yaad Karaan'

On the other hand, Aly called out a fake casting call for a show. The Bigg Boss 14 finalist shared a screenshot of an ad that claimed Jasmin will be doing a show with Vicky Kaushal. Reportedly, Jasmin is interested in doing some web shows. But she hasn't announced anything as of now. 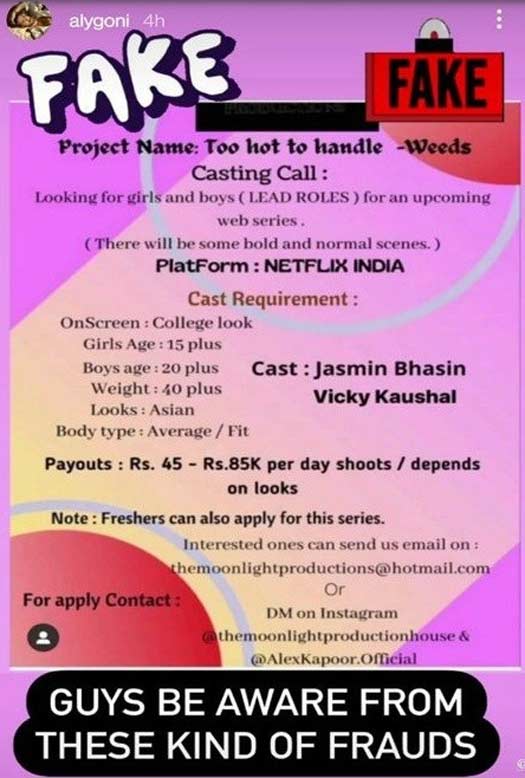 After spending some time in Jammu with Aly, Jasmin returned to Mumbai a few weeks ago. They had tested positive for COVID-19 in April.