Singer and rap sensation Millind Gaba has now collaborated with Bhushan Kumar’s T-Series for a party song titled Shanti. Joining the uber-cool Millind is the beautiful actress Nikki Tamboli. Nikki, who has been in news for being Bigg Boss 14's runner-up and currently shooting for Khatron Ke Khiladi 11 in Cape Town, shot for the video with Milind a few months back.

With music and lyrics by Millind Gaba and additional rap lyrics by Asli Gold, Shanti is guaranteed to have you on your feet. The quirky music video directed by Satti Dhillon, with its colorful sets, features Millind wooing Nikki during a karaoke session. The new jodi is all cute and their chemistry on-screen is definitely being loved by their fans. 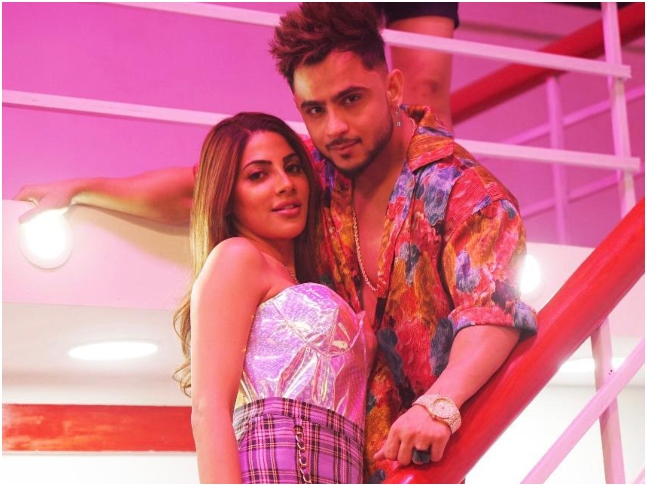 Recommended Read: Leaving my mother alone after my brother's demise to come for 'Khatron Ke Khiladi' is the biggest thing for me: Nikki Tamboli

Earlier, Bhushan Kumar and Millind Gaba’s Nachunga Aise ushered a digital music revolution in the country with its Virtual Production Technology. They have now given all music enthusiasts an upbeat party song, whose music video is just as fun as the track itself.

Nikki, on the other hand, is impressing her fans with back-to-back music videos. She was recently seen in songs titled Number Likh with Tony Kakkar and Kalla Reh Jayenga with Jass Zaildar.