Ankita Lokhande has decided to take a break from social media. She decided to inform her fans of her hiatus by putting up a new post on Instagram today. This comes just a few days before her former boyfriend and actor Sushant Singh Rajput’s first death anniversary which is on June 14.

Taking to Instagram, she posted a goodbye emoji as her caption and the text on her post read, “"It's not a goodbye, it's a see you later." On June 1, on her Instagram story she had posted a broken heart emoji and just written ‘June’ on it. However, Ankita’s posts have not gone down well with netizens who called her a ‘hypocrite’ and milking Sushant’s death for her own benefit. 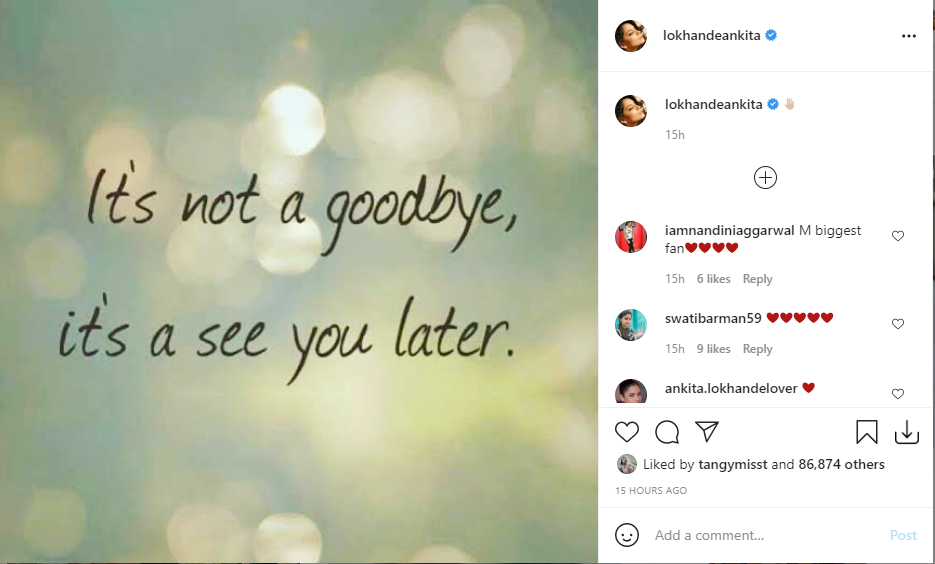 One user slammed the actress for taking a break from social media and wrote, “Ankita knows that SSR death anniversary is round the corner, bahut publicity pa liya SSR ke naame pe! So let's go underground and come back later. #hypocrite @lokhandeankita.” 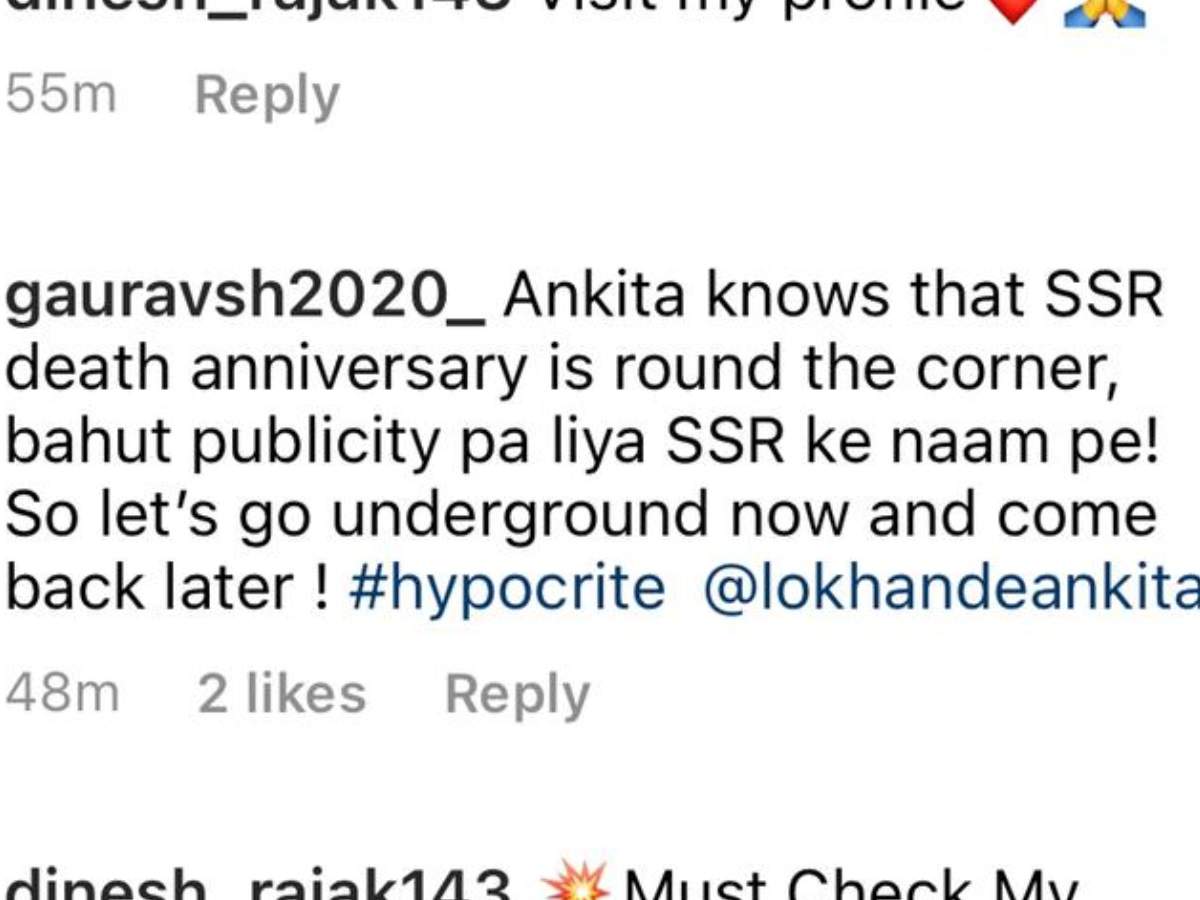 Ankita had recently celebrated 12 years of her and Sushant’s television serial Pavitra Rishta by sharing a video clip on social media. In another live video, she got emotional talking about the show and Sushant, her co-star, who played the role of Manav in it. Ankita said, "Sushant aaj hamare beech nahi hai, uske bina Pavitra Rishta adhoora hai. Archana ka Manav sirf Sushant tha. I'm sure vo jahaan bhi hai vahaan dekh raha hai. I hope he is happy wherever he is ( (Sushant is not with us, Pavitra Rishta is incomplete without him. Only Sushant was Archana's Manav. I am sure he is watching us from above)."