Rohan Mehra has said that he was shocked beyond belief to hear about his Yeh Rishta Kya Kehlata Hai co-star Karan Mehra’s arrest in a domestic violence charge. He said that in the five years that he has known Karan, he has never heard him raise his voice but said that he would not like to comment on Karan’s personal life. He further said that even in a stressful and hostile high-pressure environment like Bigg Boss, Karan was able to remain calm.

Karan told an online portal, “I am extremely shocked to read the news. But I won't like to comment on the matter at the moment as I feel it's their personal life and they only know what has gone wrong. I know him since last 5-6 years and he is a very good person in real life. He has been very respectful towards with everyone working with him on the sets including technicians. I have never seen him losing his temper or raising his voice on somebody. In fact we have stayed together in Bigg Boss where controlling oneself at times becomes very difficult but there also he was the one who has always maintained his calm.” 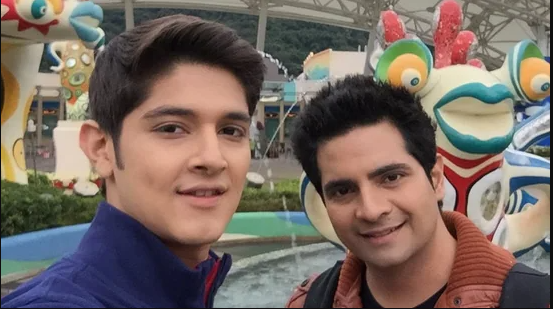 RECOMMENDED READ: Nisha Rawal spat on me, smashed her head on the wall, and told everyone that I did it: Karan Mehra makes shocking claims against wife after getting bail

Rohan and Karan starred together in Yeh Rishta Kya Kehlata Hai. Rohan played Karan’s son in the serial and also appeared together on Bigg Boss 10. Karan was arrested and later released on bail after a domestic violence charge was levied by his wife Nisha Rawal on Monday.

The couple had dismissed reports of a marital discord only last month. Karan had told a news channel, “I have no clue what led to these rumours all of a sudden. I saw this news today only and I have been getting calls from everywhere. When Nisha got the news, she had also cleared it. Even after that, I don’t know how these rumours started spreading." Even Nisha had refuted such reports last month.