Sony Entertainment Television's popular singing reality show Indian Idol Season 12 has always brought fantastic talents across the nation. In the upcoming Maha Musical Weekend, the stage will be graced by the veteran of the music industry Anand Ji (of Anandji-Kalyanji duo). He has composed music for superhit films such as Don, Qurbani, Muqaddar Ka Sikandar and the list goes on with his partner late Kalyan Ji. The most famous show is all set to accomplish another milestone with some tremendous performances the episode will be more enthralling with lots of fun, emotions, and music.

The upcoming weekend will be a remarkable episode as Anand Ji will be sharing moments with all the contestants. He has also mentioned that Sunidhi has a unique voice and is fantastic with her sur thus he advised her to change her name to Sunidhi Chauhan. He also rechristened Kumar Sanu and Sadhana Sargam. After Sayali Kamble's astonishing performance Anand Ji praised her and also rechristened her on the sets of Indian Idol 12. 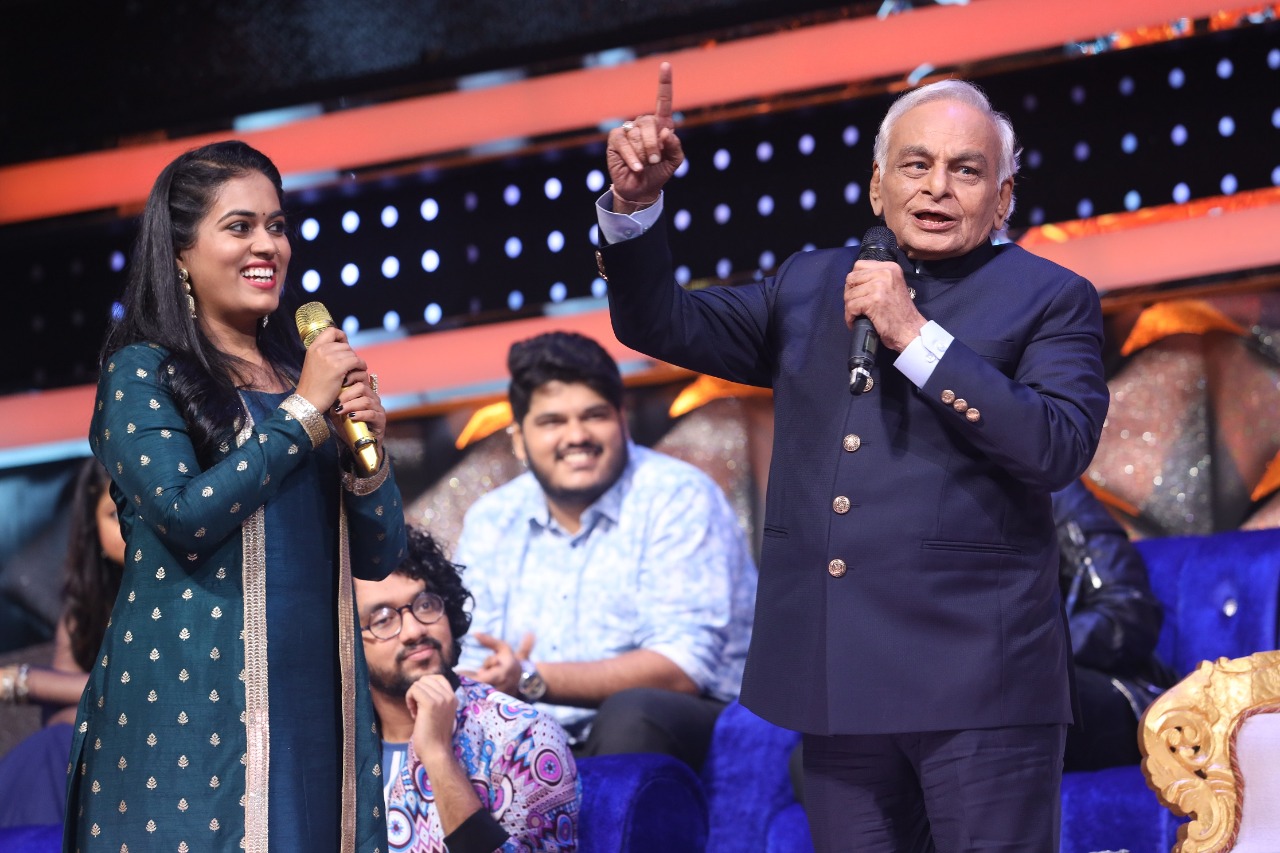 Sayali's performance on Yeh Sama Sama Hai Pyaar Ka, Choti Si Umar Mein Lag Gaya Rog and Laila O Laila left the veteran music composer overwhelmed. He said, "She has an incredible voice I am proud that she a part of this show. She has got her father's immense blessing and today listening to her beautiful voice I would not call her Sayali but give her a new name called ' Sayali Kishor' and she would be remembered with this new name rest of her life."

Sayali shared, "I know Anand Ji sir since childhood as I was part of one of his shows where his son had conducted me. I feel blessed that I am renamed by my father's name and through his encouragement today I am part of such an amazing platform." Apart from Anand Ji, A R Rahman will be gracing the stage of Indian Idol 12 to promote his film, titled 99 Songs. After contestant Ashish Kulkarni's performance on songs like Saathiya, Humma Humma and Satrangi Re, A R Rahman appreciated him and said, “You are a born talent and a great performer with superior voice tone. To which Himesh Reshammiya adds,  After this performance Ashish, I must say that you are a sure shot finalist. Because, the sort of songs which you have sung are difficult and even, though you took this with so much ease had reflected in your eyes”.

Ashish shared, "I feel blessed to get so much love and praise from all of you. And would like to requests you AR Rahman sir that I have a cassette of Taal which my father gave me in my childhood and this is amongst the first music songs which I have listened while growing.. and would like to request you to sign on behalf of my father who is an ardent fan of your music and motivated and helped me to be a singer like you.”

Praising Anjali Gaikwad, A R Rahman said, “ Whenever I am tired or free, I listen up to classical songs of Anjali and her sister Nandini. I have listened to them on youtube and even, She (Anjali) had given playback in my film Sachin: A Billion Dreams. I wish both of them all the best for their future.” Anjali added, “It is my honour to sing a song like Mard Maratha for the film Sachin: A Billion Dreams with A. R. Ameen (son of AR Rahman), It feels blessed that God has arrived on the set who is nurturing about me on such a big platform. I am feeling overwhelmed and motivated that this will also encourage me to perceive my singing career by working hard to get more chances as such.”

Showering love on Shanmukhapriya, the veteran said, "You have a great talent. I am impressed by your performance and you have a unique voice. You are a soulful singer and I liked the way you change the tone of every song you sing it is just praiseworthy. I am proud that we have such talents in India." 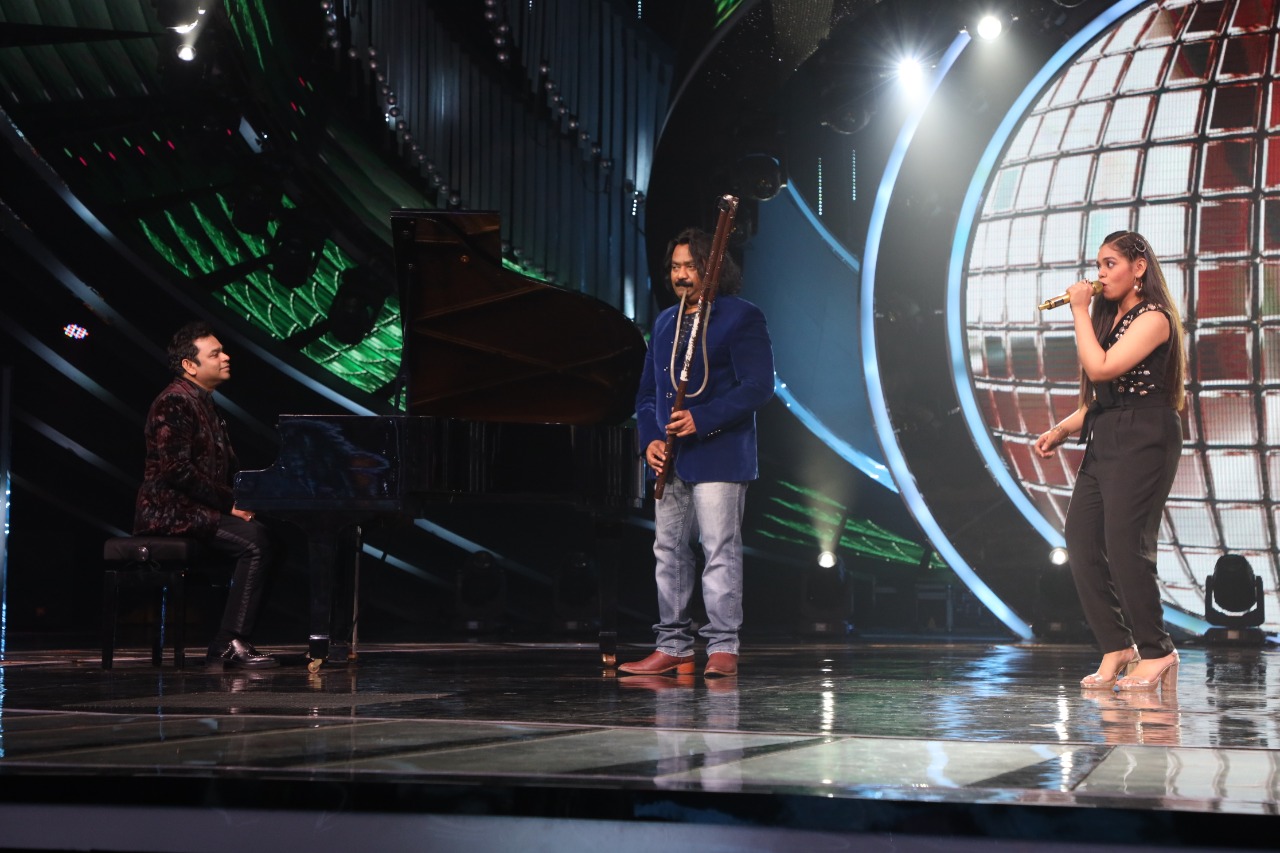 Shanmukhapriya stated, "I was on cloud 9 and I couldn't imagine that he would do this for me. I was very excited during my performance it made my day. I feel blessed that I was standing witg such a big singer on stage.”

Watch: New mommy Anita Hassanandani sheds light on the importance of b

Gauahar Khan injures her feet as a heavy photo frame falls on her, sha