Advertisement
HomeTELEVISION NEWSTELLY BUZZIndian Idol 12: Rekha sets the stage on fire while dancing in sneakers, gives ‘shagun’ to contestants on the show

Indian Idol 12: Rekha sets the stage on fire while dancing in sneakers, gives ‘shagun’ to contestants on the show

This weekend on Sony Entertainment Television’s show Indian Idol 12 will be graced by the legendary actress Mallika-e-Ishq Rekha. In an upcoming episode, the show is all set to break the records of fun, entertainment and music which will be a joyful ride for the viewers of the show. The contestants along with the trio judges Vishal Dadlani, Neha Kakkar and Himesh Reshammiya will be seen sharing some precious moments with the actress. The contestants also get to share the stage with the diva.

Indian Idol 12 contestant Danish gave a rocking performance on the songs Mukaddar ka Sikandar and Hey Naam Re. After his terrific performance the judges could not stop appreciating him. Not only that Rekha was super impressed by his performance and as a gesture she gave him money. She also used the money to remove the evil or it is said in Hindi nazar utarana. Danish’s parents were also present there who were proud of him, particularly perceiving how much love he is getting from the evergreen beauty. Post Danish’s performance Rekha joined him on the stage and performed with him on the song Mukaddar ka Sikandar, they were later joined by other contestants also. Appreciating Danish, Rekha said, “Today you performed like an Ustad. You have that factor which Ustads used to have. God Bless you and keep shining like this. You have a bright future ahead." 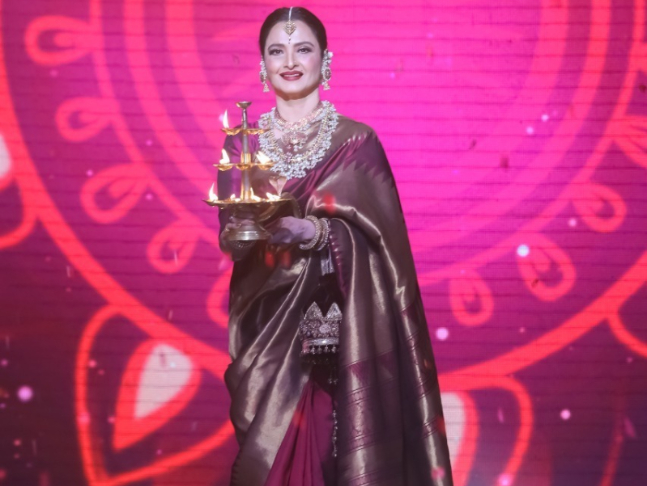 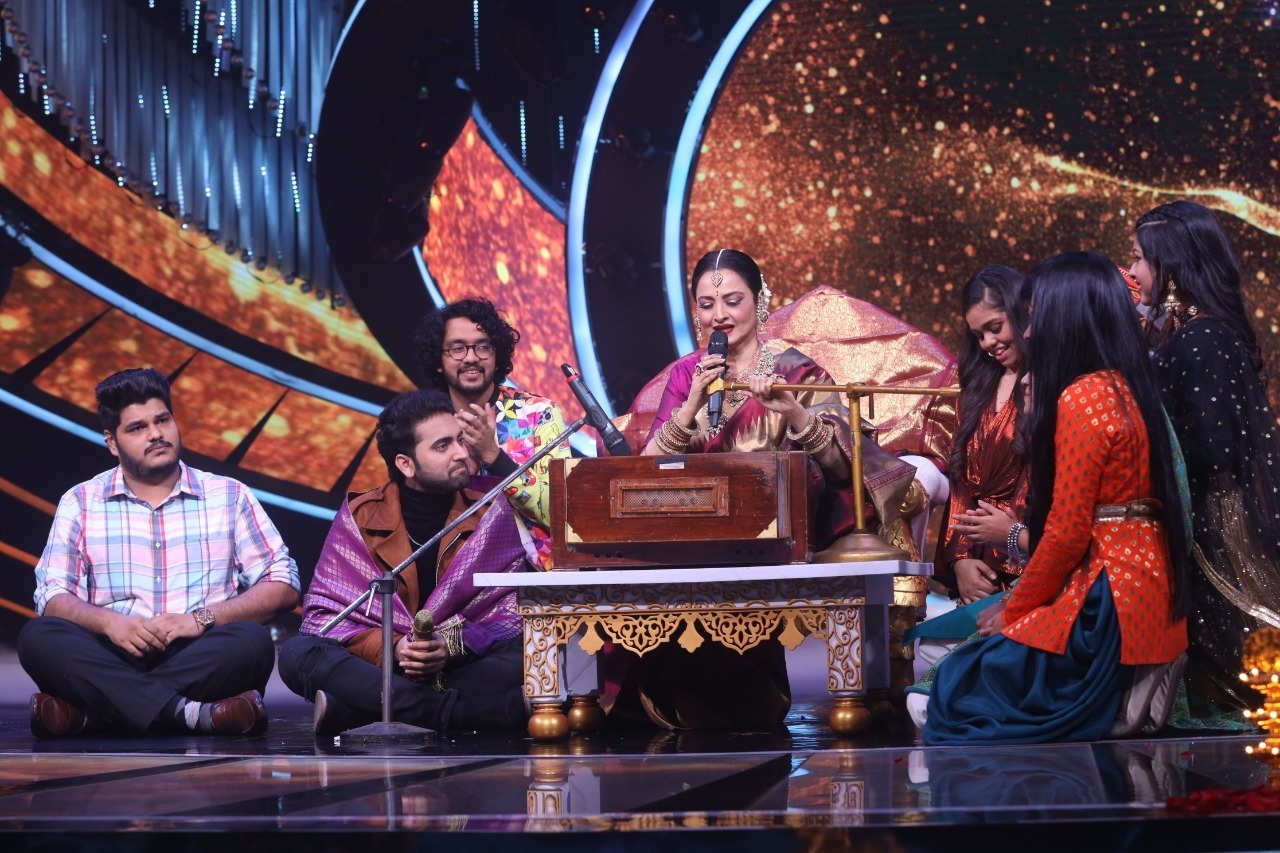 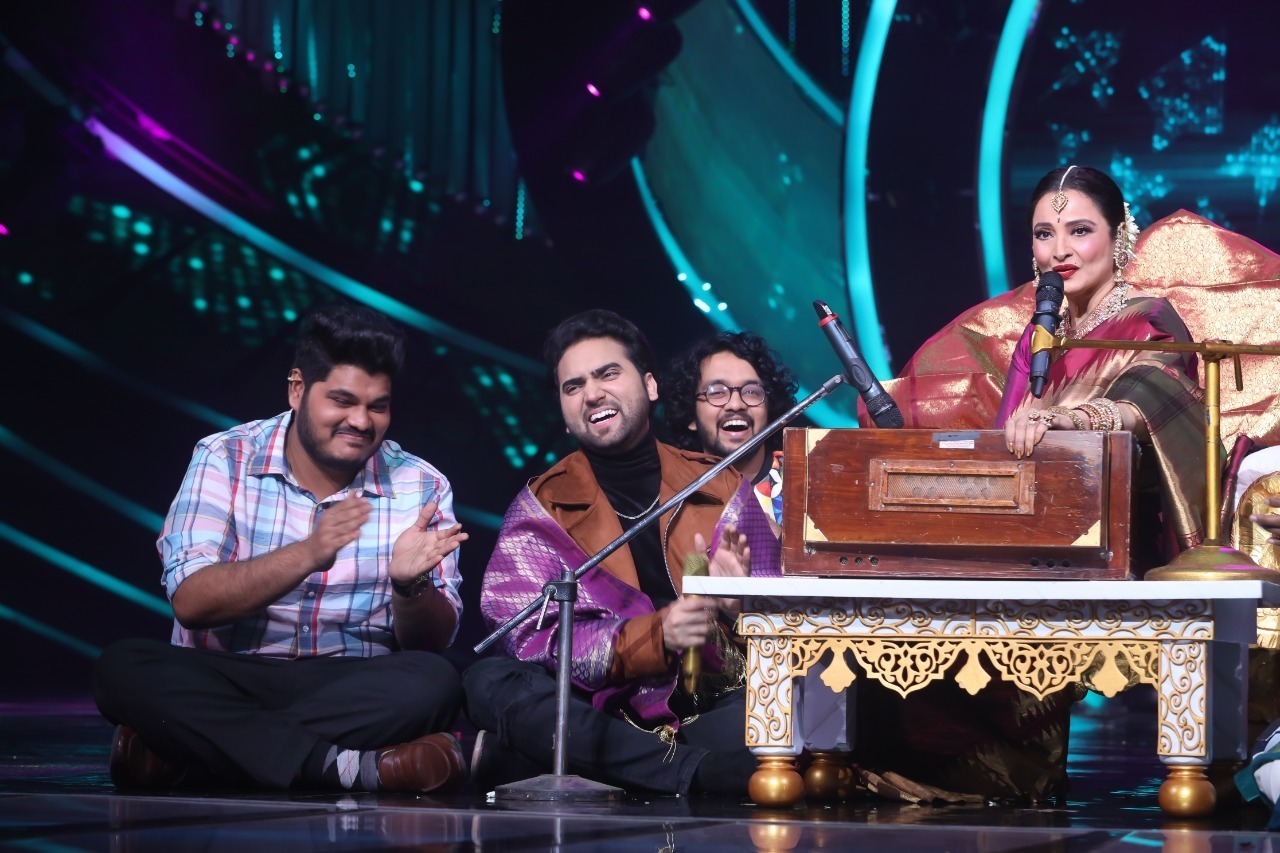 Contestant Shanmukha Priya also performed on the song Kaisi Paheli Zindagani which was lauded by everyone with a standing ovation. Appreciating Shanmukha’s performance, Rekha said, “You are an exceptionally talented singer with great vocal tone. Even, I liked the way you sing with expressions, its great and worth watching. I can feel that you have a greater bond with your mother as she is always next to you. It’s your mother’s blessing because of which you have come so far and received so much of accolades at this young age.” 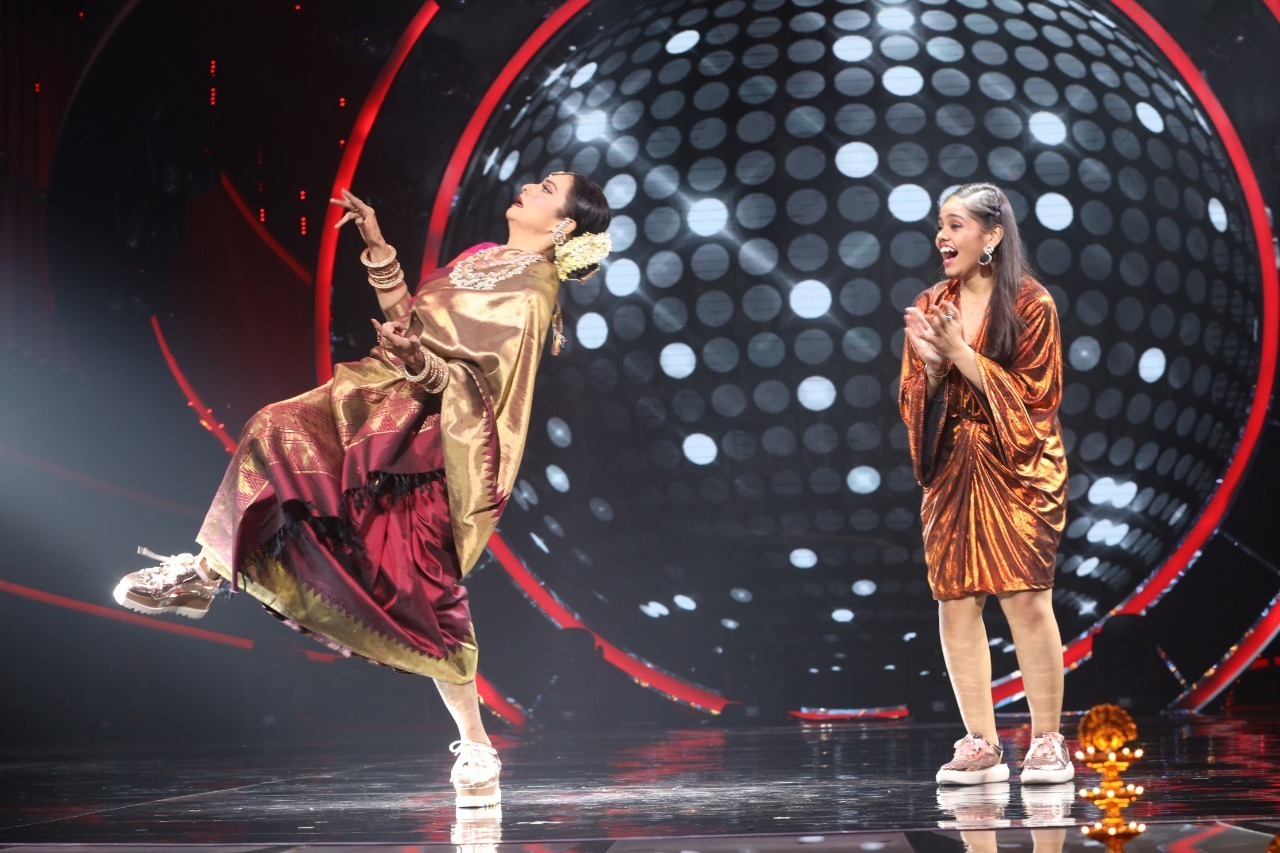 Further, Shanmukha requested Rekha ji to dance on the sets to which the actress said, “I will dance only on one condition that is that the song should be sung by you on this platform and I will lip sync to it. Even, I like your sneakers very much and would request you to give me one of your sneakers to dance”. And then Shanmukha and Rekha together performed on the Humma song which gave them a standing ovation.