The Indian television industry is buzzing with some spicy news from all corners. The week saw Jasmin Bhasin's eviction from Bigg Boss 14, followed by her revelations about the housemates and especially Aly Goni. Celebrities made headlines for their pictures, statements and much more. Here's what is going on in the telly land:

Jasmin Bhasin was evicted from Bigg Boss 14 on January 10 after getting fewer votes. The actress had an emotional breakdown with Aly Goni. Aly and Jasmin love each other. Now, days after her sudden and shocking elimination, the 30-year-old actress has issued a video statement and thanked her fans for their support and love. Calling her fans a part of her life, Jasmin requested them to stand by her forever.

Towards the end of the video, Jasmin urged that her fans should vote for Aly as he is playing the game on her behalf in the Bigg Boss 14 house. "Aly ki jeet mein meri jeet hai. Voh trophy wali jeet reh gayi hai otherwise toh main jeet gayi hu."

In a previous interview, Jasmin said once her parents approve of her relationship with Aly, she won't wait to get married this year.

Jasmin Bhasin's father feels actress should focus on her career, refrains from talking about her relationship with Aly Goni

Bigg Boss 14's former contestant Jasmin Bhasin's father entered the house during the special family week. While he couldn't meet his daughter due to the COVID-19 pandemic rules, he told her to stay away from Aly Goni. Aly and Jasmin love each other. Now, days after Jasmin's eviction, Mr. Bhasin spoke to a leading daily about her relationship with the Yeh Hai Mohabbatein actor who is still in the Bigg Boss 14 house.

Jasmin's father, Mr. Surpal Singh, told the daily that she should focus on her career. However, he refrained from commenting on Jasmin and Aly's relationship.  “We know they are friends. But I won’t comment on it further," he told. 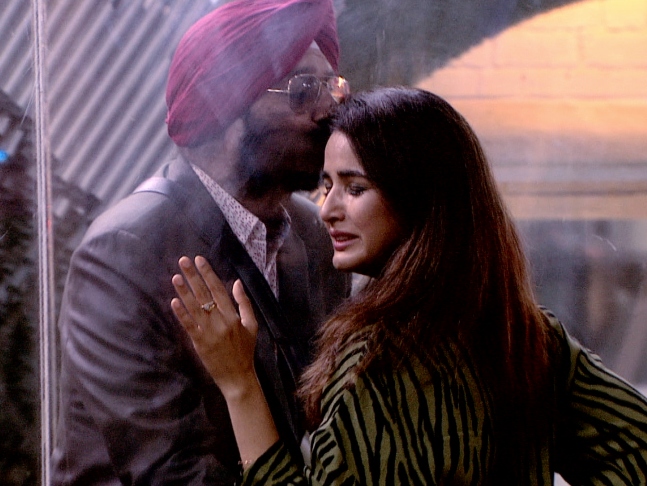 Jasmin, in an interview, said, "I have fallen in love and it’s a beautiful feeling. I don’t mind getting married this year, my parents are okay with it. Once Aly comes out, they will meet his parents. We need to know what his parents have to say about it. I have met them a few times, but pehle hum sirf dost thay. Once they approve our relationship, phir main wait nahi karungi, I will get married. I know Aly is the one for me."

Anjum Fakih opens up about weight issues, says 'I love each and everything about myself including belly fat'

Kundali Bhagya actress Anjum Fakih made headlines for flaunting belly fat in a recent picture. She shared a message on body positivity along with the photos. She wrote, "Quarantine weight gain can't look more snackseeuurrrr than this... Loving that belly fat..." along with pictures in a golden outfit. Anjum spoke to a leading daily about weight issues and said she loves each and everything about herself including belly fat.

"I am glad that my post has triggered conversations around body positivity. Like you rightly pointed out, not everyone is comfortable discussing these things. However, I feel we must come out and speak about it and stop stigmatising the issue. It is important to love yourself the way you are and lead a healthy life. I love each and every thing about myself. Belly fat included," Anjum told.

She added, "I have always said that my confidence stems from the fact that I am very comfortable in my skin. In today’s time where everything is superficial, we need to respect our body and go easy on ourselves. We are more than shapes and sizes. Our personalities define us."