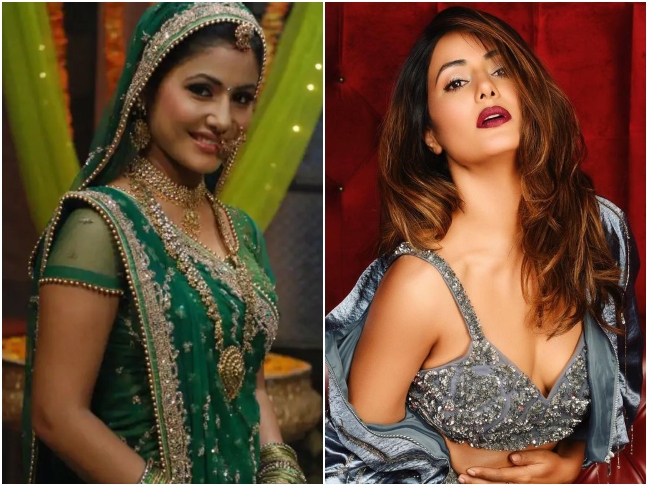 On January 12, 2011, the television industry introduced viewers to a phenomenal actress. She is none other than Hina Khan. Hina made her acting debut with Star Plus' Yeh Rishta Kya Kehlata Hai, which still remains to be a favourite with the audience. On Tuesday, the show completed 12 years and so did the actress. While Hina is no longer a part of Yeh Rishta Kya Kehlata Hai, she is best remembered for her character Akshara.

As Hina completed 12 years in the television industry, she took the opportunity to thank her fans for loving her and supporting her throughout her journey. On Instagram, the actress shared a video of iconic moments of her life and the milestones she has achieved till now. Right from her debut in Yeh Rishta Kya Kehlata Hai to quitting the show, signing films, reality shows like Khatron Ke Khiladi, Bigg Boss and much more, the video showcased Hina's transformation. It also included her much talked about Cannes appearance, Bollywood debut, digital presence and awards.

Recommended Read: 'Couldn’t be more proud of myself,' says Hina Khan as she wins the Best Actress Award for 'Lines' at the Montgomery International Film Festival 2020

Sharing the video, Hina wrote, "When life gives you lemons... don’t wait to make that lemonade! But what if you can’t differentiate between lemons and oranges ? I probably had the potential and did jump on to grab the opportunity the first time I was offered but I never planned on it. I have always been instinctively spontaneous. But it was the mix of courage, consistency and competitiveness that made me choose the right fit for my career at every single step. And I can not elaborate enough.. words would not do justice to the respect and gratitude that I have for all the people who have liked my craft, appreciated my work and encouraged me to persistently pursuit my passion. The completion of 12 years into this journey is not just a celebration of all the projects I managed to do or the achievements that became iconic landmarks. It is also about the warmth and bond that I have with you .. my appreciators .. my fans. I am nothing without this invaluable encouragement and You make it worthwhile.. every single day ...and I hope to always have that special connection with all of you. #12GloriousYears #HinaKhan."