Advertisement
HomeTELEVISION NEWSTELLY BUZZKiku Sharda reacts to rumours of Bharti Singh being dropped out from The Kapil Sharma Show, says 'haven’t heard of her not being a part of the show'

On November 21 and 22, the Narcotics Control Bureau (NCB) arrested Bharti Singh and her husband Haarsh Limbachiyaa after officials recovered ganja during a raid conducted at their residence and office. The comedienne confessed to smoking weed procured by her husband. They were granted bail by the Special Narcotic Drugs and Psychotropic Substances (NDPS) court in Mumbai on November 23 on a bond of Rs 15,000. Now, according to reports, Sony TV, the channel airing The Kapil Sharma Show, has decided to drop Bharti from the show. It is reported that Kapil Sharma, the host of the show, is against the decision. Reportedly, the channel is firm on its decision.

While Kapil and Sony TV are yet to issue a statement regarding this, a member of The Kapil Sharma Show and Bharti's co-actor Kiku Sharda reacted to the news and called it false. Talking to a leading daily about Bharti being dropped out, Kiku said, "We shot yesterday, and she wasn’t there at the shoot. But that’s quite normal as she doesn’t shoot with us for every episode. In fact, I haven't heard of any talk of her not being a part of the show. She just wasn’t there yesterday at the shoot and that’s about it." 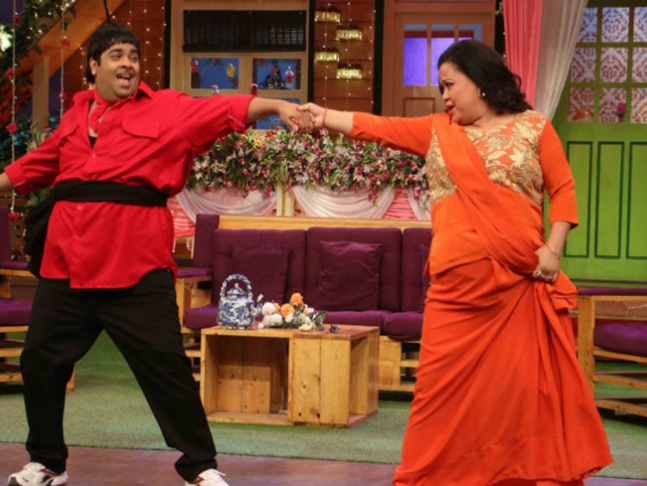 Bharti and Haarsh were arrested after the NCB recovered 86.5 gms of ganja from their residence and office. They were in judicial custody for a day.