The week is about to end and BARC has issued the TRP list for the top 5 Indian television shows. Week 46 of 2020 didn't see any major change in the first three slots but the real game of numbers was to be seen in the fourth and fifth positions. Popular shows like Anupamaa, Kundali Bhagya and Kumkum Bhagya continued their reign while shows like Imlie and Yeh Hai Chahatein made surprise entries. 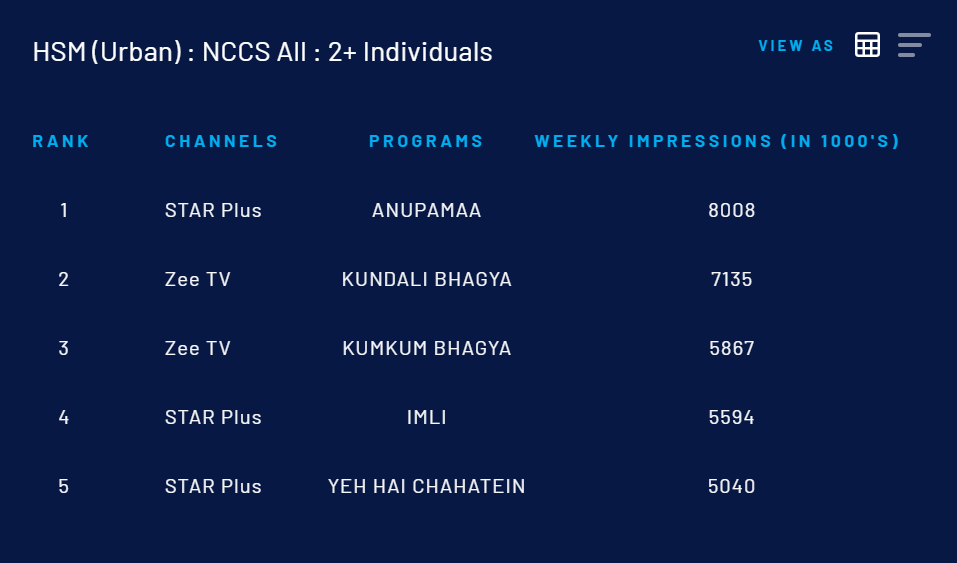