Sab TV's sitcom Taarak Mehta Ka Ooltah Chashmah is one of the longest-running shows on Indian television. The show recently completed 12 years and the characters are highly popular among the audience. One of them, Gogi, played by Samay Shah, recently received threats from goons outside his residence in Borivali, Mumbai. Samay, on October 27, was hounded upon, abused and threatened by a gang of boys outside his building and the incident was recorded in the CCTV camera. Talking to an entertainment portal about the incident, the young actor told that the family filed a complaint at Borivali police station. This is the third time Samay has been threatened by local unknown goons.

"It was around 8:30 in the night when I reached my building after completing my shoot. This person suddenly came to me and started abusing me without any reason. He kept on saying 'main tujhe kaat dalunga', 'tujhe maar daalunga'. I was taken aback with his behaviour and asked him what the problem was but he wasn't ready to say anything except threatening me. My entire family and I are under a lot of stress and hence we decided to seek legal help after which we finally filed a police complaint this afternoon," Samay told. 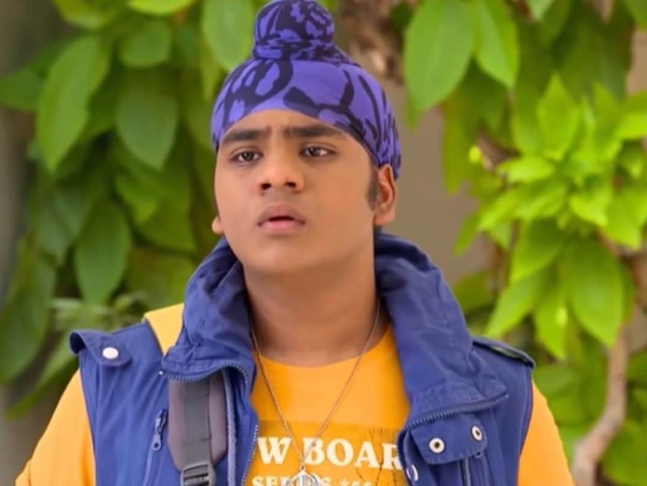 Samay, on his Instagram stories, shared a picture of the goon from the CCTV footage. He wrote, "This man came in my building two days back, started abusing me for no reason, i have no idea who is he?, what was reason behind abusing me? He was also giving me threat that i will kill you. I am giving this information to all those who love me because I think it would be better for me and my family if something happens. Thankyou."