The untimely demise of Sushant Singh Rajput by suicide has jolted Bollywood and television industry. The actor, aged 34, was in severe depression for the past six months and took the drastic step on Sunday (June 14) at his Bandra residence. Ever since the news broke, celebrities poured out condolences for the young star. However, Sushant's Pavitra Rishta co-star and former girlfriend Ankita Lokhande remained mum on social media and wasn't present at the funeral too. Within no time, trolls slammed her for not paying tribute to her ex-beau. While Ankita is yet to talk about it, her friend and co-star Prarthana Behere, during an interview with a leading daily told that the Manikarnika actress is devastated and crying since the time she got to know about Sushant's death. Prarthana added that Ankita wanted to attend the funeral but since 20 people were allowed she stepped back.

"Ankita is devastated and crying like hell, but one needs to understand everyone had moved on in their life. News sunne ke baad woh wahin atki paddi hai... But she has someone in her life now and she has to respect that relationship also. She wanted to go, but everyone knows she is very emotional and sensitive. She is crying and how. When I posted on the Pavitra Rishta group let's go and see Sushant for the last time, then we got to know that only 20 people can attend the funeral," Prarthana told. 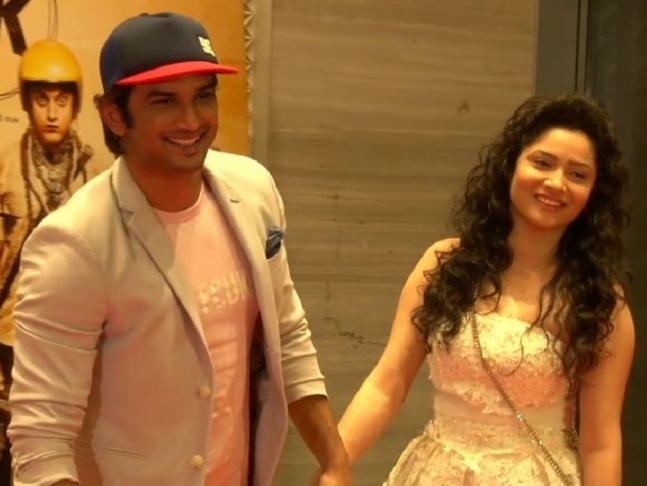 Addressing the criticism Mahesh Shetty, Sushant's dear friend and Pavitra Rishta co-star has been receiving for not picking up the actor's last call to him, Prarthana said he was the only person to stay in touch in all these years. She said people should stop passing judgement and blame him. "Nowadays, you don't know what you will be judged on. People are passing judgement on Mahesh Shetty that it all happened because he did not pick up his phone. People are talking so much about Ankita. They don't even know Mahesh Shetty was the only friend who has stayed in touch with him in all these years. They are blaming him," she said.