Producer Ekta Kapoor finally confirmed that the show Naagin 4 will soon end, but she plans to be immediately back with the fifth season. Her confirmation came in time to dismiss rumors surrounding the show that Naagin's installment of the fourth season is to go off-air and the cast of Rashami Desai and Nia Sharma left the show because of the financial reason and the budgets. Ekta took to her social media and clarified that they are not shutting the fourth season and in fact, they have something significant planned for the show and it will be ending with fantastic four episodes!

"I have been asked constantly about 'Naagin 4', so let me clear the things once and for all. 'Naagin 4' is getting a fantastic end because you can't start from the middle in order to start a finish. So, we are ending 'Naagin 4' and then getting back to 'Naagin 5' immediately," Ekta said in the video.

She also thanked actors Nia Sharma, Jasmin Bhasin, Anita Hassanandani and Vijayendra Kumeria for being "outstanding on the show". Apart from sharing the update, Ekta also agreed that she messed up a bit while working on the fourth season. "I messed up a bit (and) hope to make up to you all soon. Till then let's give everyone the best season 4 finale ever," Ekta added and thanked Rashami. "This will be treated as a special appearance! She was faaab in the two episodes," stated Ekta for Rashami who had started shooting "Naagin 4" a few days before the strict nationwide lockdown.

Unconfirmed rumours have stated that Rashami Desai and Nia Sharma will not be involved in the fifth season of the show, which will commence shooting after the lockdown. 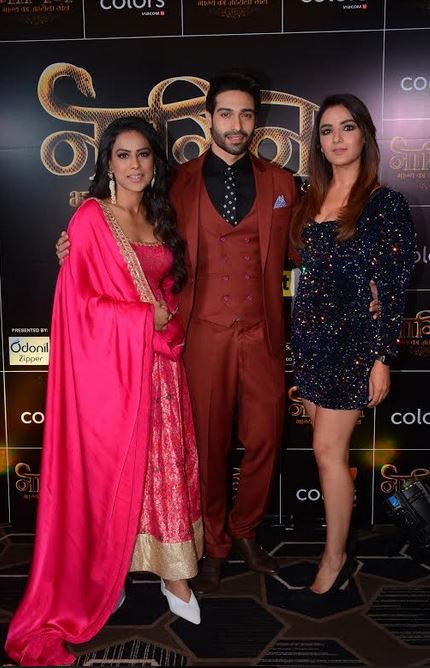 Naagin is a supernatural fantasy thriller television series produced by Ekta Kapoor under Balaji Telefilms. The series traces the lives of shape-shifting serpent women. In the past, Mouni Roy, Surbhi Jyoti and Anita Hassanandani have been the show's key faces.