Advertisement
HomeTELEVISION NEWSTELLY BUZZTelevision actress Preksha Mehta's father reveals she remained restless before suicide due to lockdown: 'We had no idea she will take such a drastic step'

Days after the news of television actor Manmeet Grewal's suicide due to financial crisis surfaced, the untimely death of actress named Preksha Mehta jolted the showbiz industry. Aged 25, the young actress took the fatal step at her Indore residence by hanging herself from the ceiling fan in her bedroom. Preksha featured in Crime Patrol, Meri Durga and Laal Ishq on television and was also seen in Akshay Kumar's and Sonam Kapoor Ahuja's PadMan. Preksha was said to be in a state of depression due to no shoots during the ongoing nationwide lockdown. Bereaved and shattered, her father Ravindra Mehta spoke to a leading publication regarding his daughter's drastic step. Ravindra, the owner of a general store in Indore, told that Preksha was restless as shoots were stalled and was upset with the lockdown extension in Mumbai.

"Preksha used to remain restless as all shoots had halted due to lockdown. She was upset over the further extension of the lockdown in Mumbai. She never liked sitting idle. Whenever she used to read about the lockdown in the newspaper, I used to tell her that she shouldn’t be worried as it’s for everyone. We had no idea she will take such a drastic step," he told. 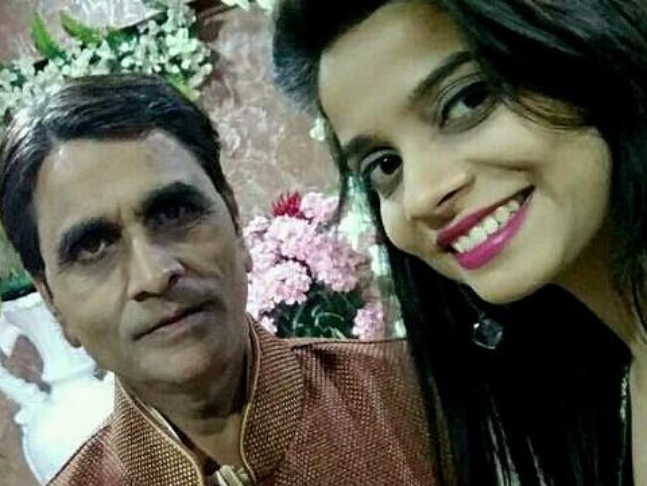 Recalling the night Preksha committed suicide, Ravindra said the family was together before sleeping at 11 pm. The next morning, when her mother went to her bedroom to wake her up, there was no response and the light was switched on. After she opened the window, the family found Preksha's body hanging from the ceiling. "We all sat together and talked till 11 pm on the night she committed suicide. We didn’t realise she had any problems while talking to her. She went to sleep in her room at 11 pm. We wake up early morning to exercise. When Preksha’s mother went to her room to wake her up, she saw the room’s light was switched on. She knocked on the door but didn’t get any response. When Preksha didn’t open the door, her mother opened the window from outside only to find her dead body hanging in her room," he added.

Preksha, during a live conversation with a friend on social media, mentioned in a light-hearted manner that her parents were asking her to get married. Talking about the same and dismissing reports of pressuring her, Ravindra said, "Preksha had already told us that she will get married in 2-3 years only after earning a name in the film and TV industry. We never pressurized her for marriage but sometimes we used to ask her to get married in a light-hearted manner."