After 'Mahabharat' and 'Shri Krishna', Doordarshan announces the re-telecast of Nitin Bharadwaj's 'Vishnupuran' 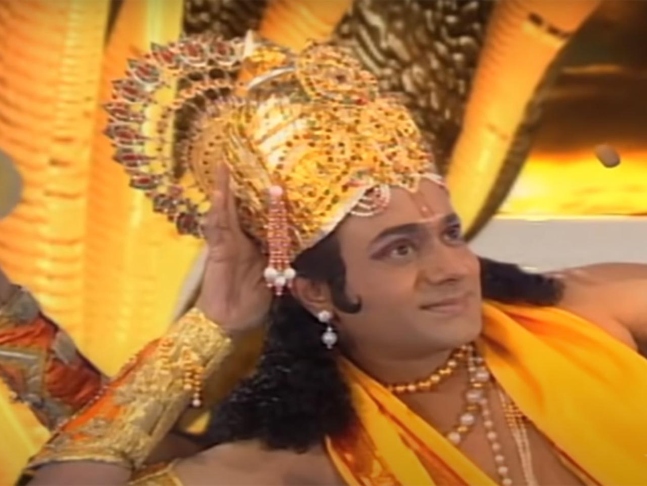 The alarming spread of the deadly Coronavirus has brought the whole world to a standstill. As the battle against the novel COVID-19 continues, India has been put under a complete lockdown for nearly two months now. Termed as the darkest period of all times, 2020 started off on an unlikely note. While confined to their homes, the Indian audience got a major surprise from Doordarshan. The channel, ever since the lockdown was announced, offered the re-runs of iconic television shows. From Ramayan to Mahabharat and several others, these shows had people glued to the small screen.

Now, as the nation is gearing up to enter into the fourth round of lockdown, Doordarshan announced the re-telecast of Nitish Bharadwaj's Vishnupuran. The mythological show will be aired from today at 7 pm on the Doordarshan Bharati channel. This is the third show of Nitish that is getting a re-run amid the lockdown. He featured as Lord Krishna in Mahabharat as well as Shri Krishna.

Recommended Read: After 'Circus', Shah Rukh Khan's 'Doosra Keval' to get a re-run on Doordarshan amid lockdown

Interestingly, Vishnupuran was made by the team of Mahabharat itself. The show based on the stories and 10 incarnations of Lord Vishnu was directed by Ravi Chopra and produced by BR Chopra. Like Mahabharat, Vishnupuran was widely appreciated.