'Bigg Boss 8' contestant Dimpy Ganguly welcomes her second child on the occasion of Easter; reveals his name as 'Aryaan Roy' 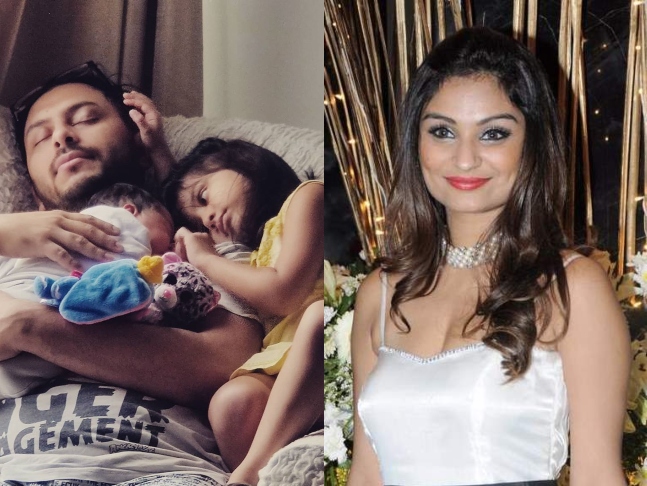 Dimpy Ganguly aka Soumoshree Ganguly, who shot to fame after she participated in the son of late politician Pramod Mahajan, Rahul Mahajan's swayamvar in 2009, welcomed her second child, a baby boy on the occasion of Easter. The television actress, seen in Bigg Boss 8 in 2011, is parenting a daughter Reanna. Dimpy, on Instagram, shared the news of the arrival of her son. She further revealed that he is named Aryaan Roy.

"Born on the eve of Easter..my little Bunny Blue is here! Aryaan Roy 11.04.2020," Dimpy wrote while sharing glimpses of Aryaan.

Talking about Dimpy, she went on to marry Rahul at the conclusion of the swayavar in 2011 and also participated in Bigg Boss 8 in 2014. The model from Bengal became an overnight celebrity, all thanks to the reality show. However, her marriage with Rahul hit the roadblock in 2015 and the couple called it quits. She accused Rahul of domestic violence that led to their divorce. However, she found love once again in Dubai-based businessman Rohit Roy. In 2016, the couple welcomed Reanna.