Advertisement
HomeTELEVISION NEWSTELLY BUZZWhat! Dharmendra was against Esha Deol's Bollywood debut? Hema Malini reveals it on the sets of ‘The Kapil Sharma Show’

What! Dharmendra was against Esha Deol's Bollywood debut? Hema Malini reveals it on the sets of ‘The Kapil Sharma Show’

This weekend on The Kapil Sharma Show, the Dream Girl of Bollywood aka Hema Malini would be gracing the show with her daughter Esha Deol, who is debuting as an author. Esha's book Amma Mia is all about insights, advice and recipes passed down from one mother to another. Kapil, who is known for his quirky questions and humour, will probe the mother-daughter duo on various aspects of their lives.

When Kapil asked the veteran actor about Esha’s childhood as well as her Bollywood debut, Hemaji replied, "Esha was interested in extracurricular activities such as sports and dance. Like in our house, we used to do dance practice because of which she started liking it and wanted to be a professional dancer and even make her career in Bollywood. However, Dharamji didn’t like his daughter dancing or making her Bollywood debut and he had an objection to that." 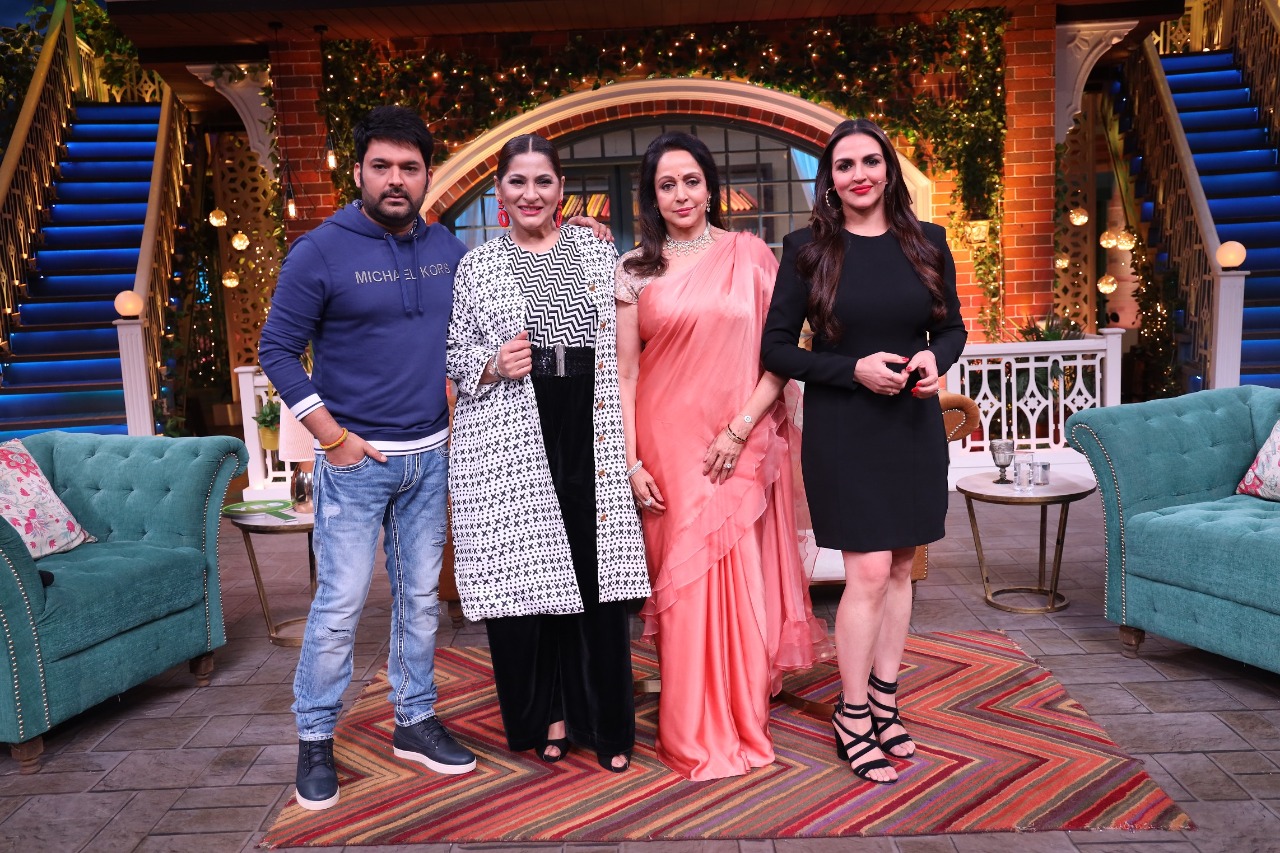 She further added, "Later when Dharamji got to know the type of Nritya (dance) which I do and how people appreciated me and my work, which fortunately made him change his mind and then he accepted his daughters dancing and also Esha’s Bollywood debut."

Further, in the show, Esha Deol shared anecdotes behind the penning of her book and how she invented and discovered different types of recipes at home, which will be helpful for new mothers. She mentioned that it took more than a year to complete the book as she was also pregnant at the time with her second child.

I will never romance in hiding: Amit Sadh on reports of dating Kim Sharma, reveals how he met her in Goa for dinner