The TRP ratings of week 2, 2020 are out for Indian Television shows. The first position has been secured by Kundali Bhagya. On the other hand, Naagin 4 which topped last week’s TRP chart has slipped to the second spot.

Here’s the list of top 10 TV serials based on the impressions: 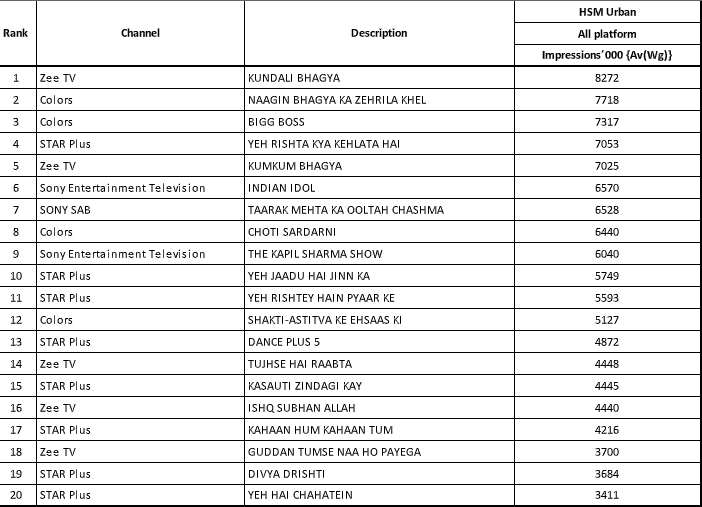 For the unversed, the TRP rating of these TV shows is basically based on the rural and urban viewership across original airings during prime time.