The TRP ratings of week 41 are out for Indian Television shows. The list of highest TRP of TV shows (October 18, 2019) is topped again by Kundali Bhagya followed by Taarak Kumkum Bhagya and Choti Sardarni. Surprisingly, in spite of bringing popular names from entertainment industry under one roof, Bigg Boss 13 failed to impress the audience. The show has moved down three slots and is ranked 16th position on the BARC list.

On the other hand, Amitabh Bachchan’s Kaun Banega Crorepati and Kapil Sharma’s The Kapil Sharma Show continued to be in the top 10 slot.

For the unversed, the TRP rating of these TV shows is basically based on the rural and urban viewership across original airings during prime time. Here’s the list of top 10 TV serials based on the impressions. 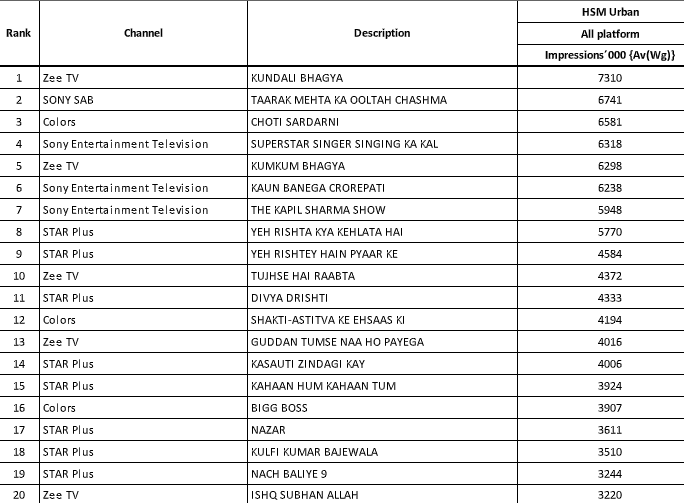