The TV show Ram Siya Ke Luv Kush has been mired in controversy for spreading 'distorted religious information'. Viacom18 has now issued a statement saying that it is not their intention to hurt sentiments of any particular group."Ramayana is an epic tale that extols quintessentially Indian values through its nuanced storytelling. Ram Siya Ke Luv Kush is our effort to bring to fore this epic through a lens that had not been explored before and thus make it topical in today's day and age across all generations. The show draws from various texts, books and scriptures based on Ramayan and it is never our intention to hurt sentiments of any particular group. We are closely working with the group and taking their feedback on board. We stay committed to working together to make this a show that Indians across geographies and generations enjoy uninhibited," a Viacom18 spokesperson said in a statement issued on Saturday. 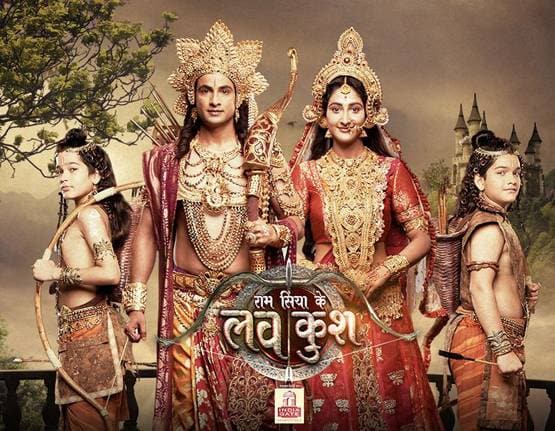 Recommended Read: Punjab and Haryana High Court refuses to stay ban on the TV serial 'Ram Siya Ke Luv Kush'This came after Ministry of Information and Broadcasting issued a show-cause notice, dated September 11, 2019, to Colors TV for 'spreading distorted religious information and also harming the image of Mahrishi Valmiki, causing hurt to their religious sentiments' through Ram Siya Ke Luv Kush. Singer-turned-politician Hans Raj Hans has also asked Union Information and Broadcasting Minister Prakash Javadekar to impose a ban on the telecast of the television series for allegedly hurting the religious sentiments of the Valmiki community.The Valmiki community had earlier staged a protest in Punjab during which a youth was shot at but was later operated upon.

'Kya the aur kya bana diya ab,' quips Amitabh Bachchan as he shares then and now photos from 'Kabhi Kabhie' and 'Gulabo Sitabo'

'Mentally, she is more grown-up, I look up to her,' says Janhvi Kapoor praising younger sister Khushi Kapoor for being 'self-sufficient'