Advertisement
HomeTELEVISION NEWSTELLY BUZZI am happy that I am getting married to a man of my parents’ and my choice: Niti Taylor on tying the knot with Parikshit Bawa

I am happy that I am getting married to a man of my parents’ and my choice: Niti Taylor on tying the knot with Parikshit Bawa

On August 13, television actress Niti Taylor got engaged to Indian Army captain Parikshit Bawa in the presence of their family members and close friends. Interestingly, the duo who started dating only a few months ago, first met each other in school. During that time, they were good friends. However, they had lost touch for many years.

Recently, they connected again on social media and realised that they share a lot of common qualities and fell in love. "I knew Parikshit from school and back then, we were good friends. A few months ago, we reconnected on Instagram. When I started to know him better, I realised that he is a gem of a person. I met him in Delhi. My parents met him too, and they also liked him a lot. The best part about having Parikshit in my life is that we share the same qualities," Niti said in a statement. 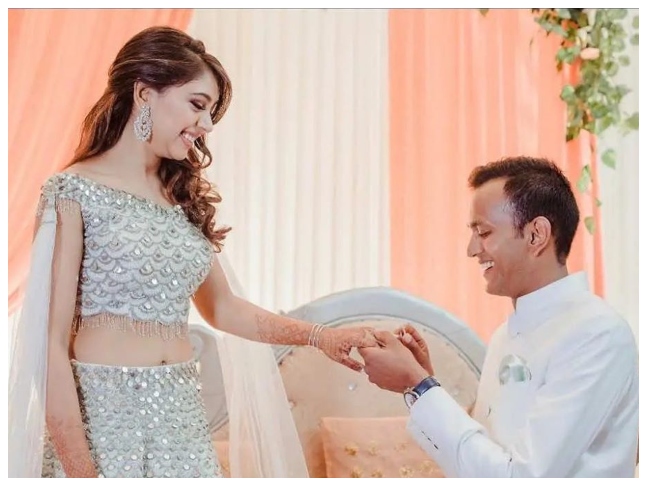 Talking about her marriage plans, Niti said, “We don’t plan to get married this year. Hopefully, it should happen next year. My fiancé’s job takes him to different places, while I am currently based in Mumbai.”

Niti further added that she never wanted to marry an actor. She said, “I have always said that I will not marry someone from showbiz. I am happy that I am getting married to a man of my parents’ and my choice.”

On the work front, Niti made her TV debut with Pyaar Ka Bandhan. She was seen in several TV shows in the past including Gulaal, Bade Acche Lagte Hain, Savdhaan India, Ishqbaaz, Khatra Khatra Khatra and few more.