The wait to see Mr.Bajaj in Kasautii Zindagii Kay 2 is about to come to an end. Yes, Ekta Kapoor, on her Instagram account on Thursday shared the latest promo of the show where the character of Rishabh Bajaj is being introduced. As PeepingMoon said it in an exclusive, Karan Singh Grover will be playing the role.

The promo opens to Mr.Bajaj standing on the terrace of a building. Soon after he jumps off the terrace, just to unveil the logo of his new company, with press standing below the building. With him saying dialogues like, 'Khel ho ya business, targets main khud set karta hu. Namumkin se ek kadam aage' and 'Joh darr ke samne jhukta hai, duniya uske saamne jhukti hai,' the show is all set to go high on drama. Talking about Karan, there is no doubt that he is a nuanced actor with an immense fan following. This role is quite different from the ones that he has played in the past, it now remains to see how well he manages to shape up the character of a mature, shrewd business who can go up to any extent to be successful. 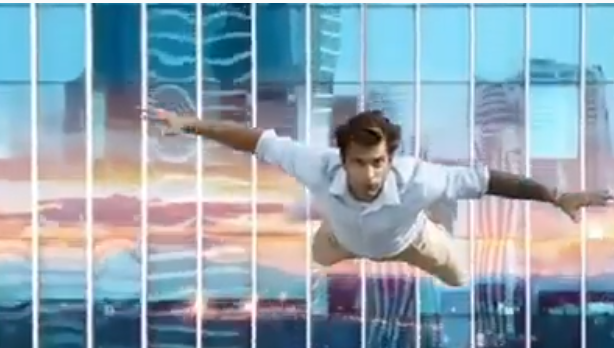 Karan Singh Grover in a still from the promo

Recommended Read: Kasautii Zindagii Kay 2: Mr.Bajaj to get married to Prerna for the sake of his daughter Sneha?

Mr.Bajaj's character will make an entry into the show with a maha episode on June 17, reveals the promo. Watch it here:

Speaking of Kasautii Zindagii Kay 2, the stage for Anurag's and Prerna's grand wedding is all set. With Bajaj's character, the tone for the plot ahead will be set. If reports are to be believed, Bajaj will be marrying Prerna for a selfish motive. The reason will be his daughter Sneha, who grows fond of her during their first meet at the mall. For those who have watched the previous episodes, Sneha is the girl who helps Anurag locate Prerna, who was kidnapped by Ronit.

Well, the latest promo has surely left all of us excited to see the love triangle in the show. It remains interesting to see how Anurag and Prerna deal with the storm named Bajaj in further episodes.