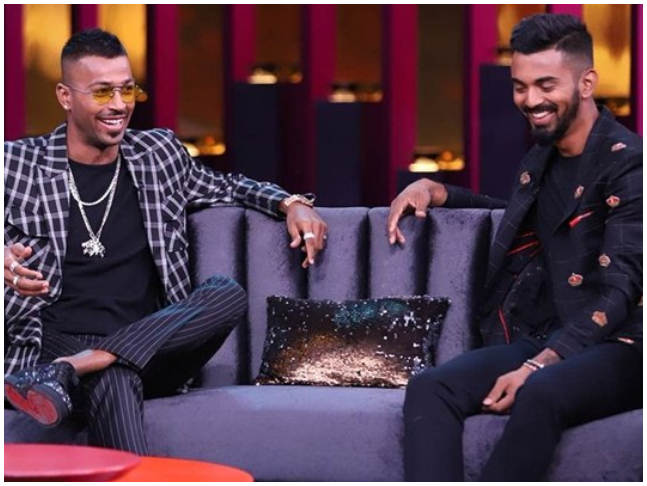 Hardik Pandya and KL Rahul received a lot of brickbats and backlash for their sexist and misogynistic comments on Karan Johar’s chat show Koffee With Karan. A lot has happened since then and the cricketers got suspended as they were sent back from the Australia tour. The matter has even reached the Supreme Court and it is still pending as the date of the hearing has been set February 5 as the date to appoint the Ombudsman.

The cricketers were even censured and rebuked by their seniors and their captain Virat Kohli. However, now the cricketers have got a breather as the BCCI CoA has decided to lift the suspensions on the cricketers provisionally until the Supreme Court appoints the Ombudsman. This comes as good news for the cricketers as now they are free to play for India. However, it remains to be seen whether they will be included in the India squad for the upcoming New Zealand series or not.

A leading daily reported a statement issued by the BCCI that read, “The decision has been taken with the concurrence of the Learned Amicus Curiae, Mr. P.S. Narasimha. In view of the above, the suspension orders dated 11.01.2019 is immediately lifted pending appointment and adjudication of the allegations by the BCCI Ombudsman.”

Hardik can be included in the team for the New Zealand series as Virat Kohli has been rested for the last two ODIs and the T20I series as well, and he could very well be his replacement. On the other hand, Rahul might play for Karnataka in the ongoing Ranji Trophy. However, it depends on the fact whether Karnataka makes it to the finals or not.

The CoA’s decision to suspend the cricketers was taken under "Rule 46 of the approved BCCI Constitution", which takes into consideration the players’ conduct that can tarnish the Board’s reputation.