Chhichhore has been receiving positive reviews much ahead of its release. The film has released and the Day 1 collection has garnered 7.32 crores. Strong word of mouth and the heartwarming storyline has completely touched the many hearts and resulted in the big hit on the box office on Day 1. Recently, at the special screening, the film also received the standing ovation which has easily helped the film to gather rave reviews.

Chhichhore is not just an entertaining film but also is an emotional rollercoaster ride which will give you the nostalgic feel and take you back to the college days. The movie is a full packed entertainer and manages to capture all spectrums of emotions, making it one of the most relatable movies ever. Chhichhore is a period drama revolving around 7 college friends who reunite decades after their college lives end. 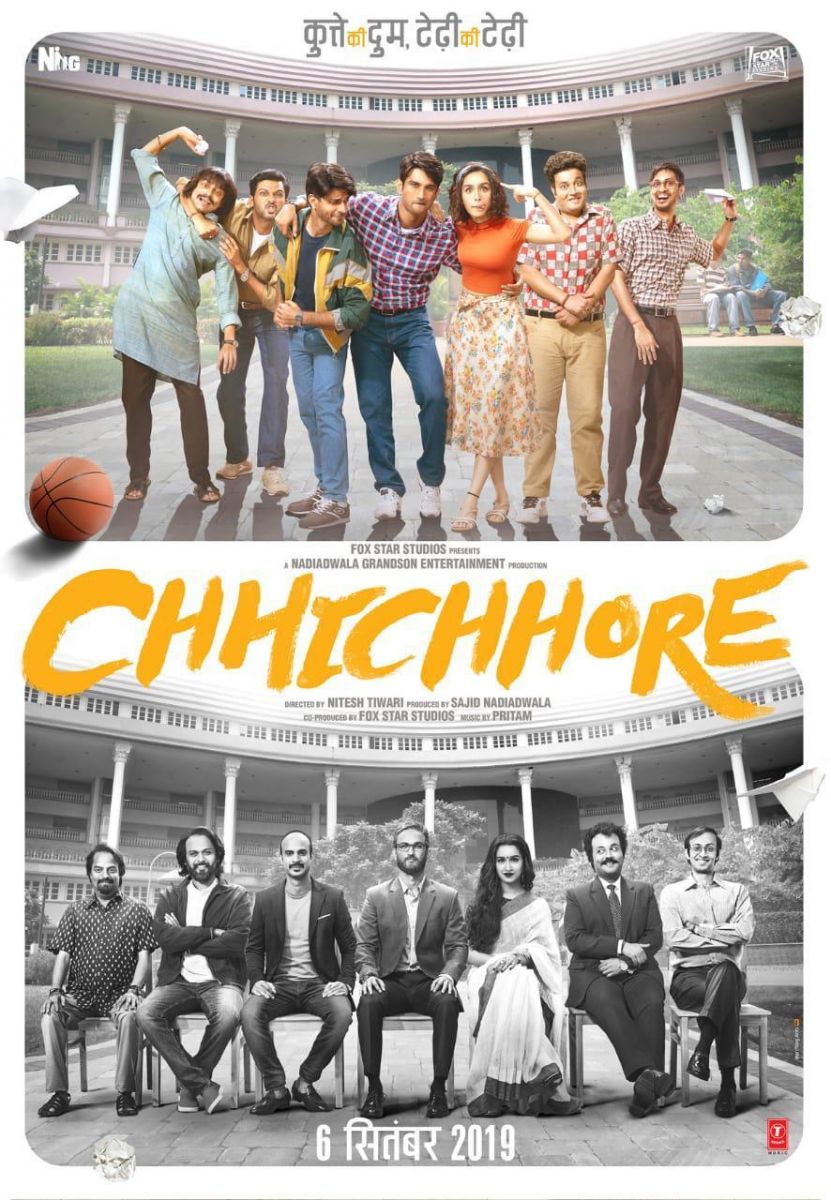 The trailer has already received massive applause and is generating great excitement amongst the audience and making them uber nostalgic. The poster has already hit the right chord with the audience as it promises to take you down the memory lane and experience friendships once again!

Chhichhore marks the amalgamation of Sajid Nadiadwala and Fox Star Studios after they delivered the hits Judwaa 2 and Baaghi 2, together. Chhichhore is helmed by Dangal fame director Nitesh Tiwari is running in the theatres.