Actress Tanushree Dutta helped trigger the #MeToo movement in India last year, and months have gone into the investigation of her sexual harassment case. But her sister Ishita Dutta said that thanks to her sister, now people are acknowledging that harassment is a serious issue. Tanushree alleged that she was sexually harassed by actor Nana Patekar on a film's set in 2008. She revisited the incident last year, sparking India's #MeToo movement. The actress is still fighting for justice. Asked if the police are slowing down the investigation, Ishita told media, "I don't know about the case, but I know about that day. Had they (police) not reached that minute, things would have got worse."

Referring to a video of Tanushree's car being attacked in 2008, Ishita said, "You must have seen the video. Had it not been the cops, probably the car's windshield would have broken." She is glad that the former beauty queen spoke up about the incident and encouraged others to follow suit. "We were all there and heard it. It was all in the media. Unfortunately, that time people didn't really understand. Now, I think women have also taken it as a responsibility to speak up or support,” Ishita was quoted.

Happy Birthday Mom..Last eve brought in her birthday..she was so happy to have both daughters together this year!! #many manyhappyreturns

A post shared by Tanushree Dutta (@iamtanushreeduttaofficial) on Aug 23, 2018 at 1:51am PDT

Furthermore, she added, “A movement can't happen with just one person...and not just women, a lot of male actors have come together to support this. They are now acknowledging that harassment is a serious issue. People are ready to listen. That's what has changed.”

When asked Ishita if the 2008 incident didn't make Tanushree demotivate her younger sister from joining showbiz, she said, “She is one of the reasons why I joined the industry. She motivated me a lot. And now, a lot of women look up to her. They are so proud of her for speaking up and starting something which was so required," said Ishita, who made her acting debut with a Telugu film in 2012.”

When asked Ishita if Tanushree warned her against harassment in the industry, she added, "I have been lucky enough not to face anything like this, but I know that a lot of friends have in different industries. It does leave a scar. It's a very tragic and traumatising thing to happen." 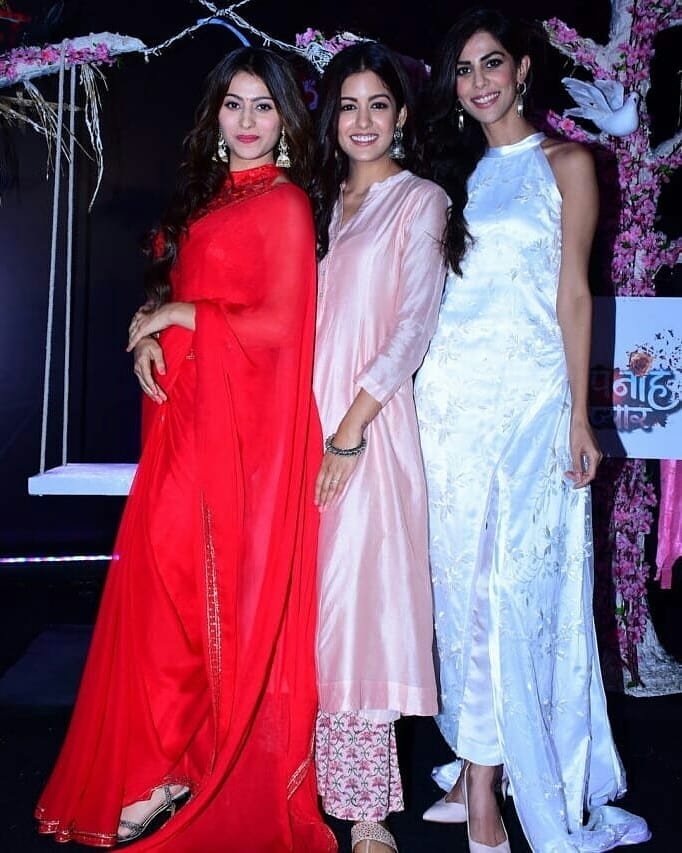 Ishita will soon be seen as Pragati in the upcoming show Bepanah Pyaar. "It is a love story and a thriller. People are going to find my character very cute and sweet. She is a girl of today. She is very confident, but clumsy at the same time. For her, her job is very important. Her relationship with her father is also very interesting. In the entire mystery, she is a little different. How she gets involved with Raghbir (actor Pearl V Puri) and how things unfold, that's her journey," she ended.