Salman Khan's Bigg Boss 15 is all set to go on air from October 2. The show was launched in Nagpur on September 23. The theme of this season is Sankat In Jungle. Pratik Sehajpal became the first confirmed contestant of Bigg Boss 15. He had participated in the first edition of Bigg Boss OTT. On Sunday, a promo was released on Colors' social media handles. It confirmed that Tejasswi Prakash, Karan Kundrra, Simba Nagpal and Afsana Khan are participating in the show.

Now, as the contestants will soon be isolated, reports suggest Afsana withdrew herself from Bigg Boss 15. It is being said that Afsana experienced panic attacks on Monday evening in her hotel room. Reportedly, the team of Bigg Boss 15 called for medical help immediately. After this scare, Afsana has reportedly decided to not enter the house as of now. She will now return to Punjab. However, it is possible that she might come in later as a wild card contestant.

Afsana, who is known for her Punjabi songs including Titliyaan Warga, had shared an Instagram story indicating that she was unwell on Monday. 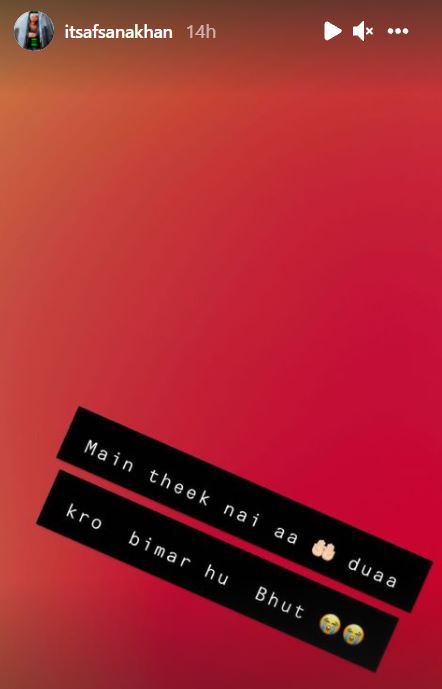