The new week inside the Bigg Boss 14 for Rubina Dilaik, Abhinav Shukla, Nikki Tamboli, Rahul Vaidya, Aly Goni, Arshi Khan, Rakhi Sawant and Sonali Phogat started on a rather eventful note. After Eijaz Khan left the house for a brief period, Devoleena Bhattacharjee entered as his proxy. Vikas Gupta, who was unwell, returned as well. From now, the housemates will have to earn their meals and luxuries by performing tasks.

Bigg Boss announced a task for basic necessities. Amid this, Rubina and Rahul got into a heated fight.

- Arshi asked Vikas whether she is looking negative on screen. On the other hand, Nikki asked Devoleena to help her with the utensils. Devoleena laughed it out and said Eijaz has told her to do whatever she feels like doing in the house. Nikki tried to explain and told her to take help from someone while doing household chores.

- Rakhi told Abhinav that her dialogues are popular outside the house. Soon, she discussed ending things with Abhinav in front of Sonali. Arshi, Aly and Sonali spoke about Devoleena's game plan.

- The next morning, Abhinav and Rubina spoke about winning the trophy. Rakhi asked Bigg Boss for food. Aly, Rahul and Arshi made fun of her.

- Bigg Boss announced a task for the week. In the task named 'lockout', Bigg Boss took charge of the entire house. The contestants were forbidden to access areas marked with yellow tapes saying ‘do not cross’. Bigg Boss divided the house into two teams- red and yellow. Rubina led the red team comprising Abhinav, Rakhi, Vikas and Devoleena. Rahul headed the yellow team and its members were Arshi, Nikki, Aly and Sonali.

- Vikas and Devoleena strategised. Vikas told that they have to make sure contestants enter the house. Devoleena said she hid Sonali's food. During the task, Devoleena got into a fight with Rahul. He said when talks to her, he can see Eijaz in her.

- Nikki, who was in Rahul's team, decided to support Rubina. She said she wanted to use the washroom but went inside to do her makeup. Sonali said Nikki has betrayed her team. Nikki spoke to Rubina about the game. Rakhi cried out of hunger. 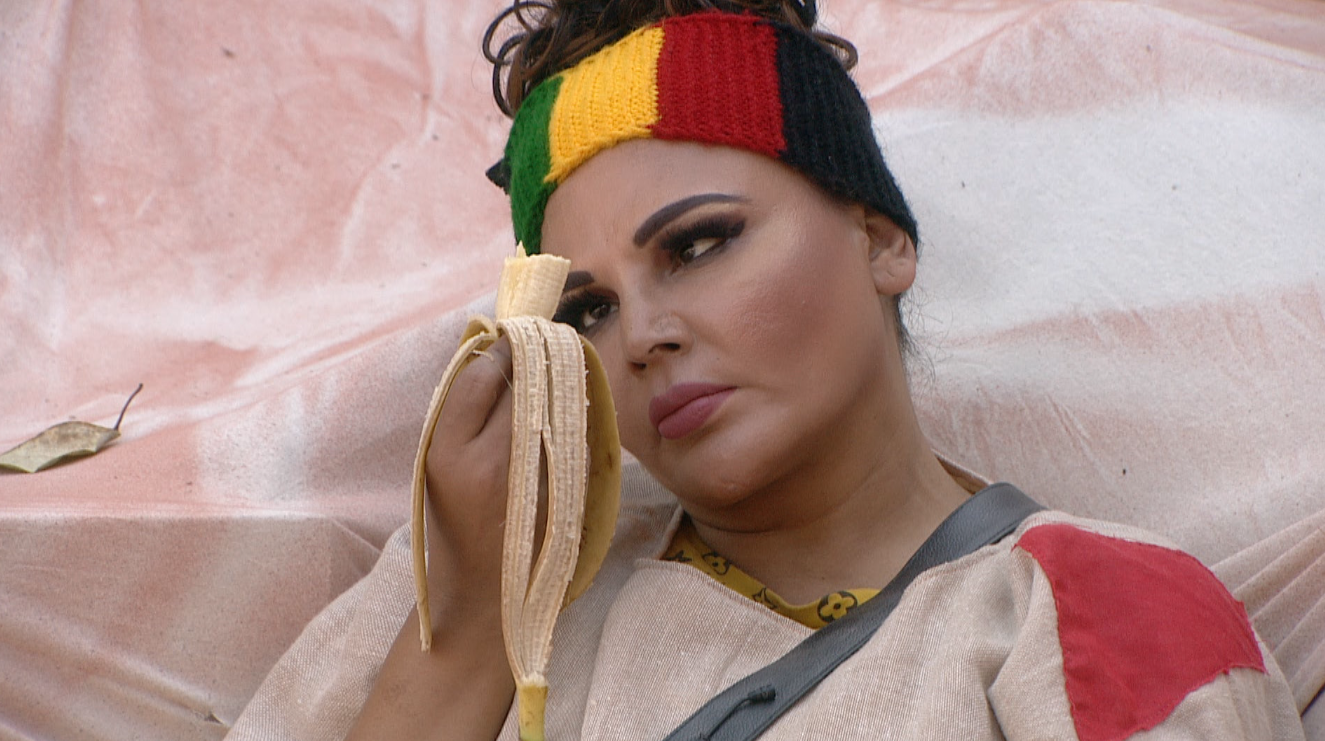 - Later, Bigg Boss sent food for the housemates. Burgers and french fries were brought. Each item was worth 3 units. Rakhi looked at the plate lovingly. Nikki went inside and ate a plate. This deducted three points from her team. She deliberately broke rules to make Rubina's team the winner.

- Amid this, Rahul and Rubina got into an ugly fight after Vikas hid the essentials box. Rahul targetted Abhinav and said, "Tu apni biwi ka nahin ho saka, kisi aur ka kya hoga?" This irked Rubina who shouted at him for bringing her personal life during the task. She said, "Tu kaun hai certificate dene vala?” Calling him a ghatiya insaan, Rubina warned him to not bring her marital life in between the task. Soon after Rahul pointed at her marriage, Rubina said he doesn't have the guts to bring his partner to the show.

- Abhinav pushed Rahul for calling him dhokebaaz. Aly intervened and lashed out at him for pushing his friend. Standing in front of Rahul, Aly asked Abhinav to raise his hands.