The emotional episode ended on a sweet note for Eijaz, who got a golden chance to meet his ladylove, former Bigg Boss 14 contestant Pavitra Punia. However, Jasmin and Aly were seen arguing over her father's reaction to their relationship. 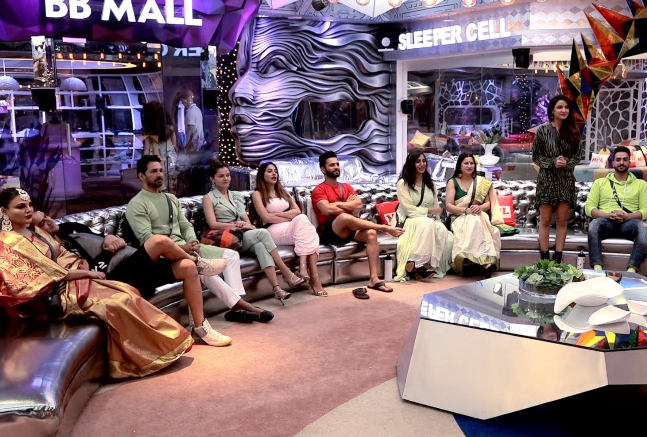 - The episode began with Rubina meeting her sister Jyotika Dilaik. An emotional Rubina asked her younger sister about her mother's health. After an emotional moment, Jyotika praised the Shakti actress and said she is doing well. She also praised Abhinav for playing a dignified game. Jyotika revealed that Abhinav and Rubina's parents were upset when the news of them planning to seek divorce was out in the public. She further shared that now they aren't upset about it after seeing them stand for each other. Jyotika added that everyone is proud of Rubina and Abhinav. Before exiting, Jyotika asked her sister to not cry and be happy.

- When Bigg Boss asked Jyotika to choose between Rakhi and Sonali, she named the former as the captain of her choice. After she left, the housemates called her pretty and Aly took a jibe that Jyotika talks less.

- The next to enter the house was Jasmin's parents. On seeing them, the actress got emotional and cried inconsolably. Talking to Jasmin, her father said she should play her individual game and shouldn't rely on somebody. He said he wants to see the previous Jasmin who was full of life. When Jasmin spoke to her parents about Aly and their relationship, they felt he isn't the right one for her.

- Before exiting the house, they selected Rakhi as the next captain. After Jasmin's parents left, the housemates teased her. However, Aly wasn't happy with their reaction to his relationship with Jasmin. The actress tried to calm him down by saying her parents were just talking about her individual game and not them. An upset Aly talked about leaving the house. It didn't go down well with Jasmin who ended up crying.

- On the other hand, Arshi was trying to sort out all the differences with Eijaz. However, he refused to indulge in a detailed dialogue with her. He said though he considers Arshi to be his younger sister, he won't prefer talking to her for a long time. Arshi was then seen crying.

- The next one to enter the house was Arshi's brother. Instead of an emotional meet, they were excited to see each other. The brother-sister duo was seen dancing, chit-chatting and they indeed had a great time. Their interaction left the housemates amused. Arshi's brother asked Eijaz to resolve all the issues he had with Arshi.

- The last one to enter the house was Rashami Desai who came for Vikas Gupta. The Bigg Boss 13 finalist encouraged Vikas to not break down and stay strong. She told him to not pay attention when the housemates talk about issues that happened outside the house. Rashami advised him to love himself and not cry. The actress asked the housemates to not bully and corner Vikas and told them to not talk about his family. 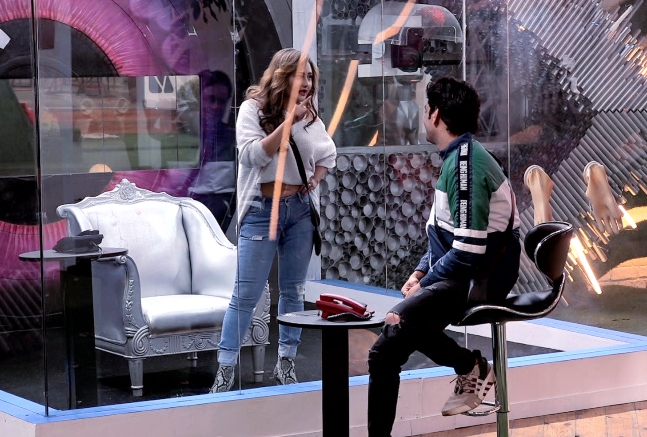 - After Rashami left, Bigg Boss announced that Rakhi is the next captain as she received 7 votes while Sonali got only 2. On the other hand, Jasmin spoke against Rashami for asking the housemates to not bring out personal issues. Aly agreed.

- Nikki spoke to Rubina about the change in Jasmin's behaviour. They talked about how she has turned negative after Aly entered the house.

- The next morning, the housemates woke up to the song Dhoom Machale. They were later surprised when Bigg Boss said 'freeze'. Eijaz got a pleasant surprise when former Bigg Boss 14 contestant Pavitra Punia entered the house to meet him. When she addressed him as Khan Sahab, he rushed to meet her. The two opened their hearts out. Eijaz asked Pavitra if she loves him. She said yes. During the mushy interaction, Eijaz said he doesn't want her to change and has accepted her the way she is. Before leaving, Pavitra took a promise from Eijaz that he will call her after he is out. After she left, Eijaz was happy and elated.