A video of Bigg Boss 13 winner and TV actor Sidharth Shukla referring to Punjabi singer Shehnaz Gill's father as "daddy" has gone viral. In the clip doing the rounds, Sidharth is seen walking down from the stage to his van. Shehnaaz's father Santokh Singh Sukh is seen greeting him while he comes out and Sidharth reaches out to him.

According to social media users, the actor reacts to Shehnaaz's father's query as "Haa Daddy" but later changed it to "uncle" upon realizing the cameras around him.

Recommended Read: Watch: Shehnaaz Kaur Gill is like a child, she made my journey inside the house easy: Sidharth Shukla after winning the Bigg Boss 13 trophy 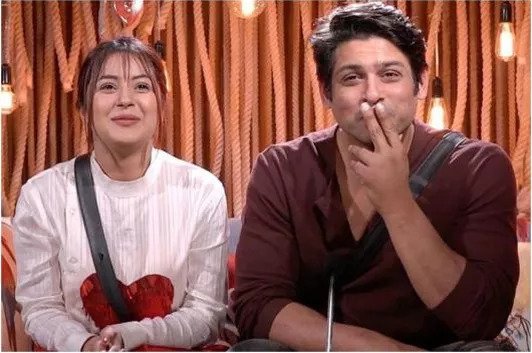 Sidharth was declared the winner of the Colors' reality show on February 15 after spending over 100 days in the Bigg Boss 13 house. He has defeated Jammu-born model and co-contestant Asim Riaz. Sidharth bagged the BB13 trophy and a cash prize of Rs 40 lakh.

Over his four-months journey in the show, Siddharth managed a big fan following. His closeness with Shehnaaz was widely appreciated and their hashtag #SidNaaz took over social media for months.

Tejasswi Prakash to get locked inside Bigg Boss 14 house? The Salman K

Salman Khan to shoot for ‘Bigg Boss 14’ from his Panvel farmhouse; new rules in place for contestants amid COVID-19 pandemic?