Advertisement
HomeTELEVISION NEWSBIGG BOSSBigg Boss 13 Day 19 Preview: It’s a do or die situation for Paras Chhabra, Siddharth Dey, Abu Malik and Asim Riaz before one of them gets evicted

Bigg Boss 13 Day 19 Preview: It’s a do or die situation for Paras Chhabra, Siddharth Dey, Abu Malik and Asim Riaz before one of them gets evicted

It is said that everything is fair in love and war and the contestants inside the Bigg Boss house swear by it. Spending a night in jail was no less than a nightmare for Shehnaaz and Sidharth Shukla but they turned that into an entertainment-filled time. As the morning arrives, the contestants wake up to Ainvayi Ainvayi Loot Gaya hinting that something interesting awaits them.

Rashami takes the quiet morning as an opportunity to have a conversation with Siddhartha Dey and Shefali Bagga about Devoleena’s behavior. Later, she also reveals the issues she had with Sidharth Shukla when they were shooting together. She adds that Shukla used to be very aggressive on the set and was known for throwing a lot of tantrums. She further states how people thought that he was biased towards female co-stars. 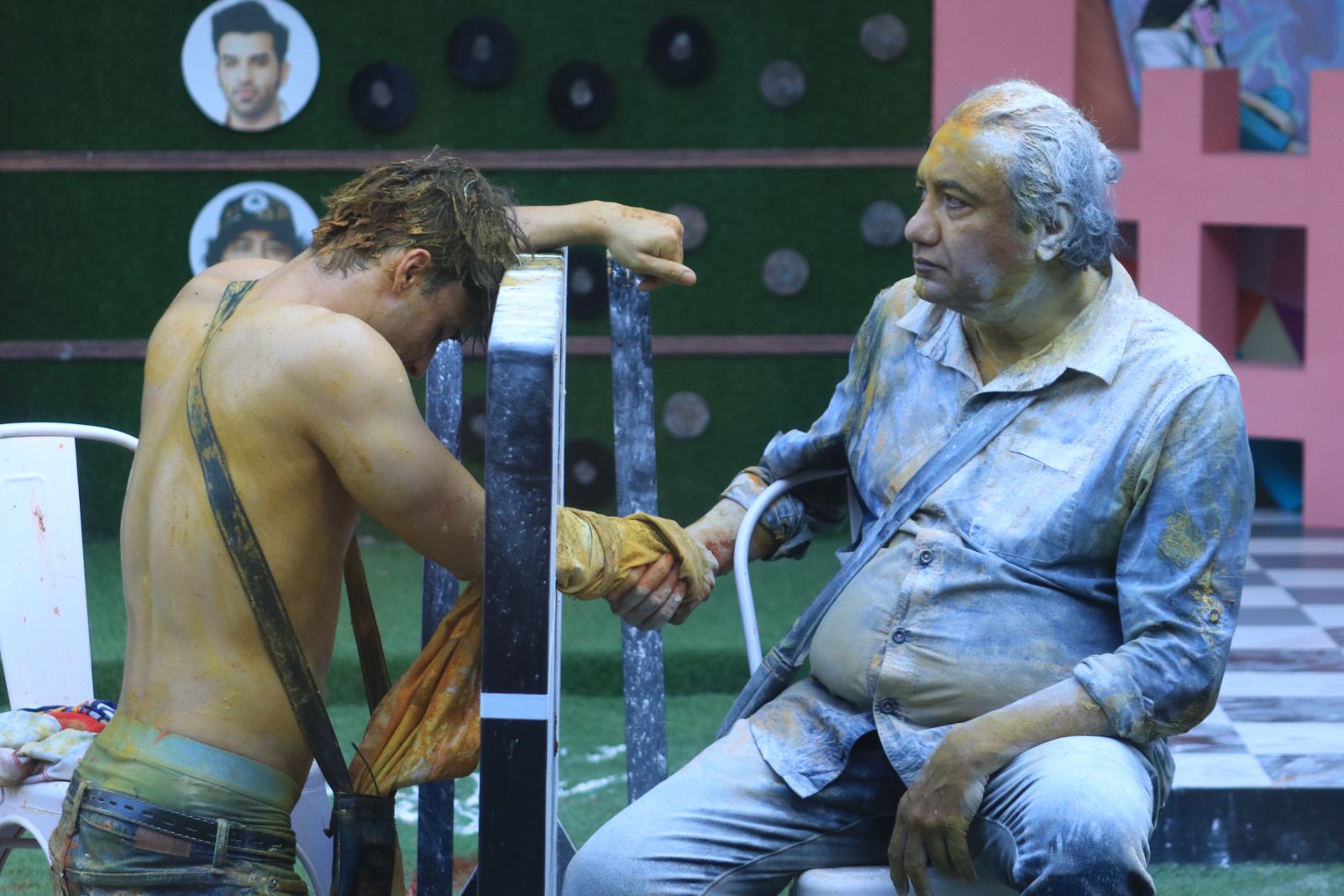 RECOMMENDED READ: With a Video and BANG! Salman Khan announces his next Eid 2020 release ‘Radhe - Your Most Wanted Bhai'

Interrupting this intense conversation, Bigg Boss announces that Shehnaaz and Sidharth Shukla can now be released from the jail. He further announces a task that gives the opportunity to two of the nominated boys from this week’s eliminations. They are divided into two teams - Paras and Siddhartha Dey in one team and while Abu Malik and Asim Riaz in the second one. There are two walls placed in the garden area with one big hole in the center. Both the boys have to sit on either side of the wall holding their teammate's hand through the hole. The girls of the house have all the liberties to ensure that one of them loses the grip. 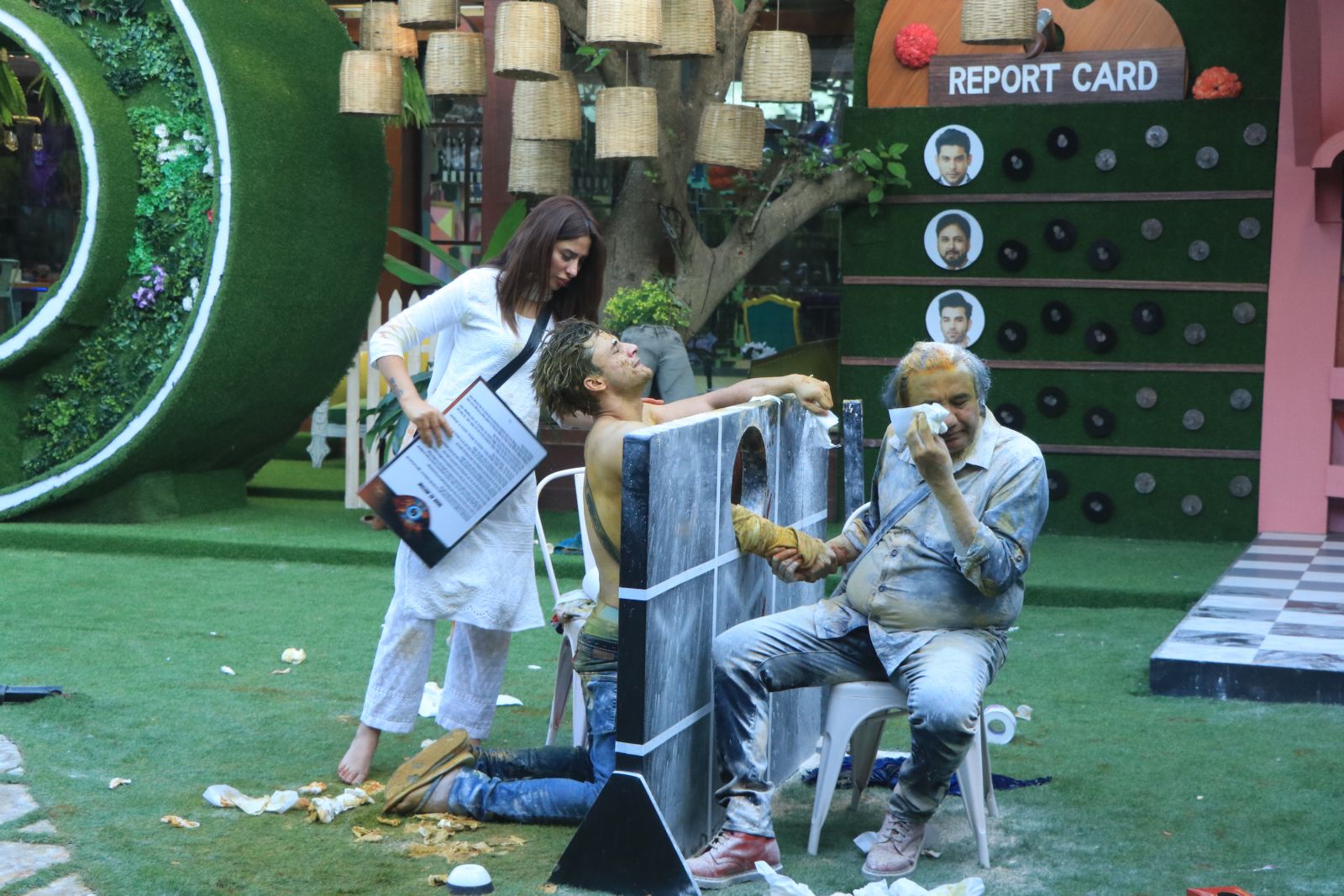 After the first buzzer, the boys take their place and brace themselves for the task ahead. Sidharth Shukla is chosen as the ‘sanchalak’ of the task. The second buzzer rings and the girls start pulling out all the possible tricks to get the boys who they don’t want to save, to give up. Shehnaz and Aarti target Siddhartha Dey and Paras, whereas Shefali, Devoleena and Rashami target Asim and Abu Malik. The girls let go of all their innocence and put on their evil masks to hopefully get their least favorites out of the way. 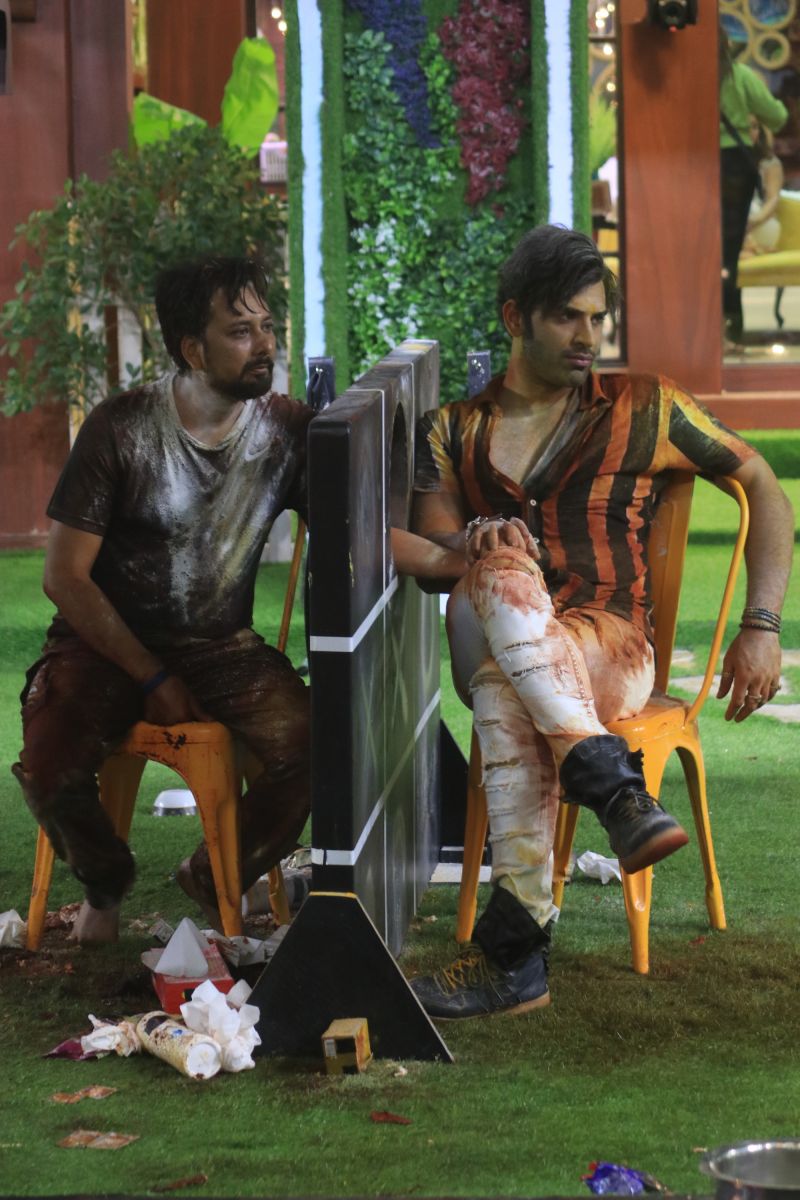 The task takes an intense turn and the contestants even hurl abuses at each other. Asim, who had given up in the first task, decides to change his impression and regain the respect he had lost. Despite being put through a lot of pain, Asim holds onto Abu’s hand with a very tight grip. However, an annoyed Siddartha Dey reveals his ugly side during the task with his disrespectful comments and constant hate being voiced, he irks all the women around him. 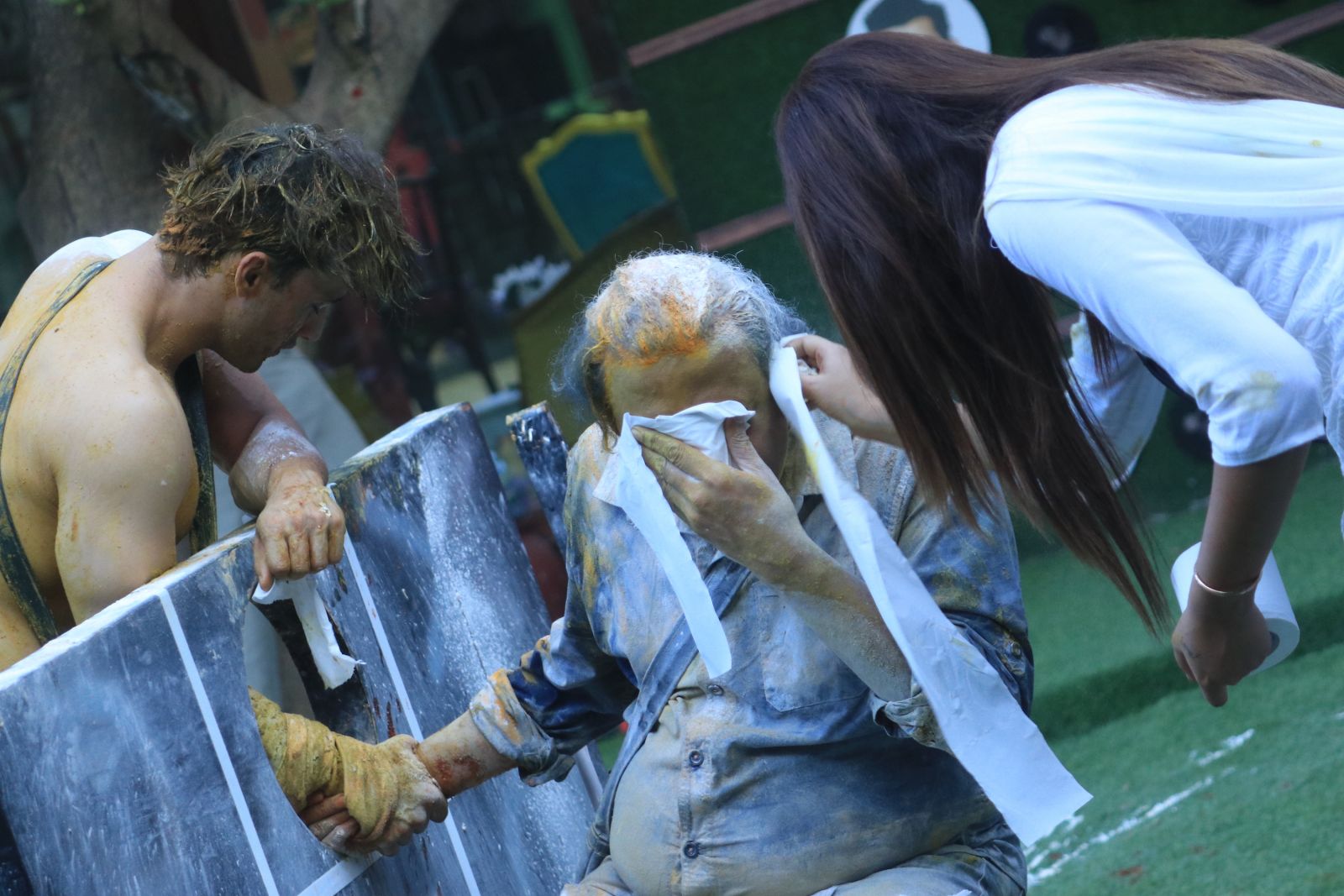 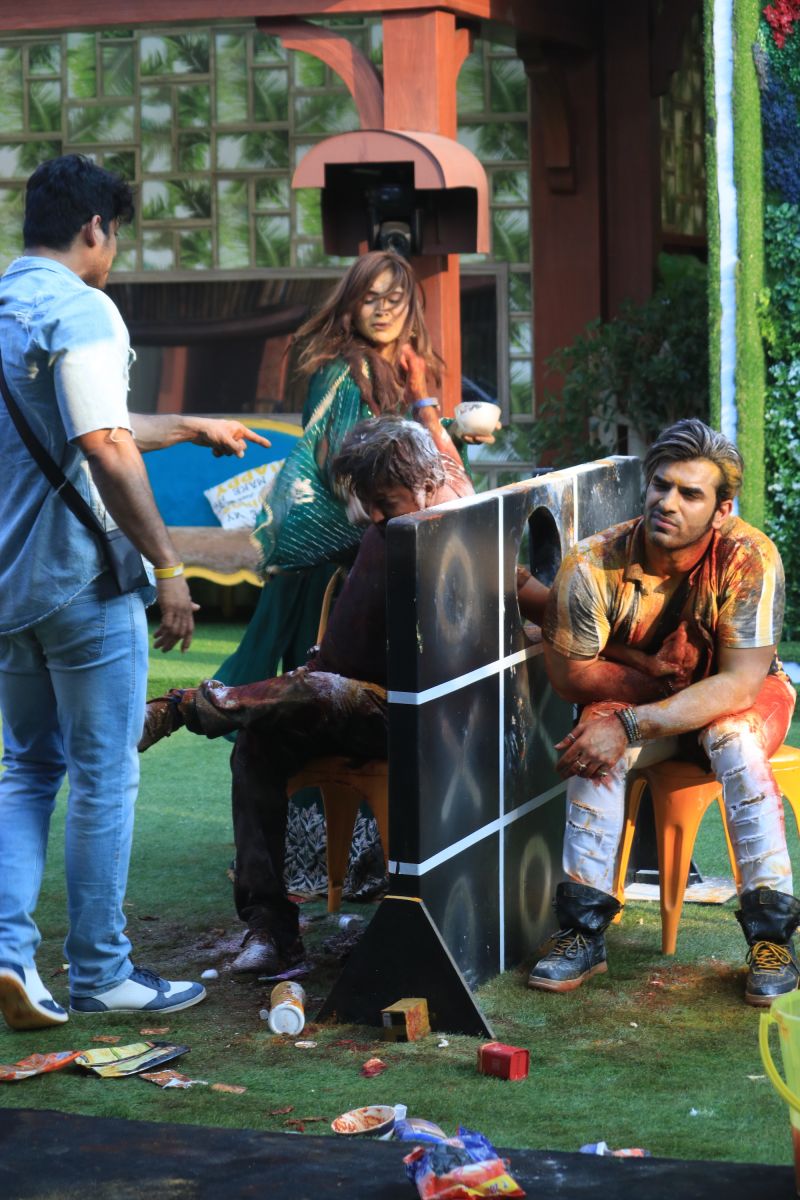 Who will be saved from nominations this week? Will Siddhartha Dey be forgiven by the girls of the house?