The makers of Salman Khan's controversial reality show Bigg Boss 13 released its first teaser last week and fans cannot contain their excitement ever since. Now, a picture of Salman along with Naagin 3 actress Surbhi Jyoti has flooded all over the Internet and it is said that the superstar shot with the television actress for the show's second promo.

In the viral photo, we can see Salman posing on a treadmill alongside Surbhi who is holding a bouquet. Have a look: 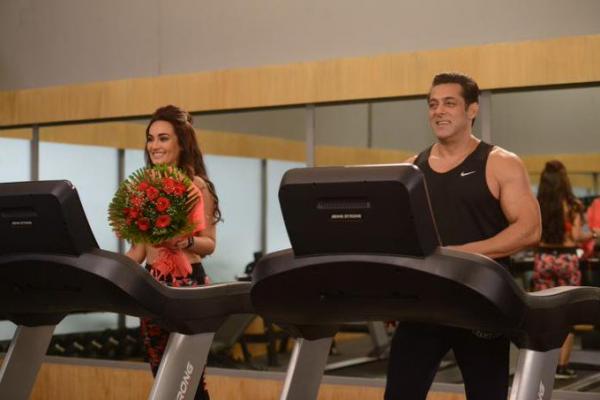 Recommended Read: The wait is over! Check out the first teaser of ‘Bigg Boss 13’ ft. Salman Khan as a station master

Reportedly, this season will not have a specific theme but will be packed with an extra dose of drama. Bigg Boss 13 will only have celebrities for a change as the makers want to get back the old popularity and charm of the reality show. Stars like Rajpal Yadav, Dayanand Shetty, Devoleena Bhattacharjee, Karan Patel, Rani Chatterjee, Tina Datta have been reportedly approached for the upcoming season.

This season, the set has been set up at Filmcity, Goregaon instead of Lonavala where the previous seasons were shot.