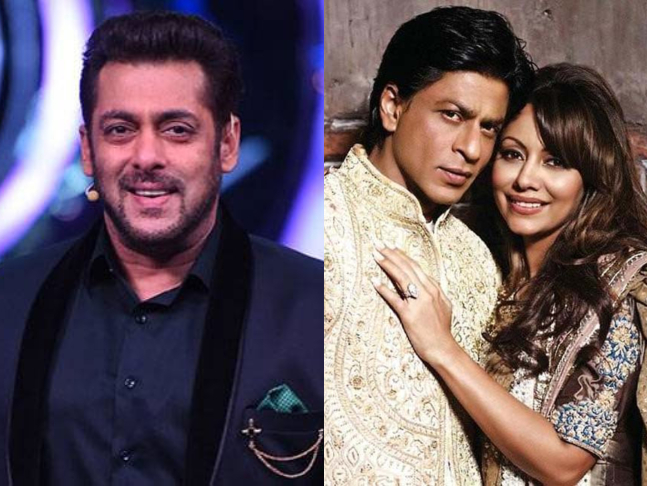 Salman Khan is all set to host the season 12 of the controversial television show, Bigg Boss. From interesting teasers to the grand launch event, the show has been in the news ever since its announcement. Now adding to the excitement, the makers have now released a new behind-the-scenes video, where Salman is seen at his spontaneous best as he answers some rapid fire questions.

As we are aware that this season is about unconventional jodis, Salman was asked to reveal some of his favourite jodis. However, in the BTS video, the one reply that got our undivided attention was when Salman named Shah Rukh Khan and Gauri Khan as Bollywood’s power couple.

RECOMMENDED READ: Salman and Amitabh fight it out on TV as Bigg Boss 12 and KBC 10 have the same time slot

Meanwhile, Salman and Shah Rukh have been bonding really well lately. The two also had a gala time when SRK came as a guest during the finale episode of Salman’s Dus Ka Dum.

Coming back to Salman’s interesting video, the actor was also asked as to which is the funniest jodi, to which he said that for him, it will be Sunil Grover and Kapil Sharma. Salman was also asked to reveal his favourite Bigg Boss jodi. While he refrained from taking any contestant's names, he said that it was his pairing with Sanjay Dutt during Bigg Boss 5.

The show is set to return on the small screens, starting September 16. It will air on Colors TV at 9 pm on all days of the week.