Advertisement
HomeVideosPratik Gandhi's performance in 'Scam 1992' is effortless but comparisons with him don't bother me: Abhishek Bachchan on 'The Big Bull'

Pratik Gandhi's performance in 'Scam 1992' is effortless but comparisons with him don't bother me: Abhishek Bachchan on 'The Big Bull'

In an exclusive interview with PeepingMoon, The Big Bull Abhishek Bachchan opened up about his Disney + Hotstar film, comparison with Pratik Gandhi’s Scam 1992: The Harshad Mehta Story, actor 'stock' whom he would like to ‘invest’ in, ongoing COVID-19 situation, reuniting with John Abraham, wife Aishwarya Rai Bachchan and if he is deliberately playing his age on-screen.

Talking about the comparisons that are being made with Hansal Mehta-directed show Scam 1992: The Harshad Mehta Story ever since the trailer of The Bigg Bull released, Junior Bachchan said, "People will have their opinions and it is their God-given right. It’s fine. I’ve said multiple times that I have loved Scam 1992. It was fantastic. All the performances, writing, direction and every department are great. Are there going to be comparisons? Of course because of similar topics. Like I said, to compare is human nature. That’s fine but on both sides, people will just bother about doing their jobs to the best of their ability. That's how much I have to pay heed to the comparisons," Abhishek told. 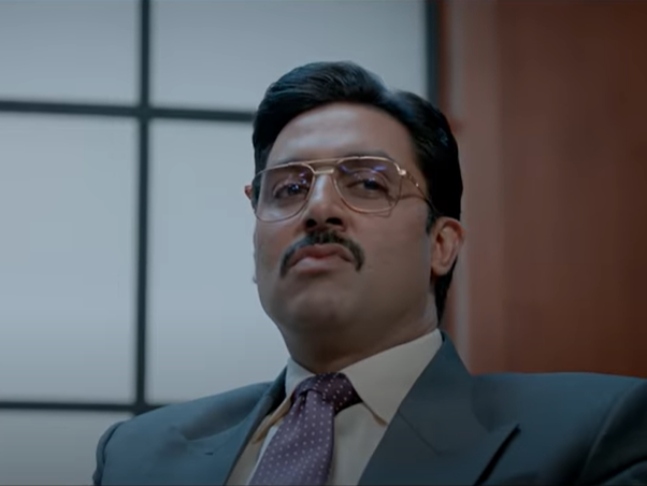 Recommended Read: Hansal Mehta reacts to 'unfair comparisons' between his show 'Scam 1992' and Abhishek Bachchan's 'The Big Bull', says 'there can be multiple tales on the same story'

The Big Bull also stars Ram Kapoor and Supriya Pathak. It is backed by Ajay Devgn and Anand Pandit. The film is co-produced by Kumar Mangat Pathak and Vikrant Sharma. The Kookie Gulati directorial will release on Disney + Hotstar on April 8.