Advertisement
HomeVideosThe Rising Stars of Bollywood: Want to be solo on a film poster but not for the sake of 'hero banna hai' - Siddhant Chaturvedi

The Rising Stars of Bollywood: Want to be solo on a film poster but not for the sake of 'hero banna hai' - Siddhant Chaturvedi

Siddhant Chaturvedi made his debut in the gully of Bollywood like a sher in Zoya Akhtar's Gully Boy in 2019. Two years later, he is all set to impress his fans with his comic timing in the much-awaited Bunty Aur Babli 2. The Yash Raj Films' heist comedy also stars Rani Mukerji, Saif Ali Khan and Sharvari in the lead. Siddhant, who left a lasting impression with his performance in Gully Boy, has been signing films with an ensemble cast unlike many of his contemporaries who are going for solo lead roles to feature on the poster. Talking to PeepingMoon in an exclusive interview, the actor said he doesn't want to do solo lead roles just for the sake of becoming a 'hero'. He shared that if the script is good and he connects with the story, he would love to do it.

"There were so many offers of the solo lead after Gully Boy but I don't want to do it just because "hero banna hai". Unless I connect with the story, what I want to do and also safeguarding the setup of the film, the director, producer, etc, I just don't want to follow, "yaar mujhe solo film karunga, main lead karunga." In Gully Boy, I was playing a supporting character. The audience found me. I feel if I do justice to my part, the audience will like me and I am content with that as of now. Having said that, obviously, I want to be solo on the poster but it depends on the script," Siddhant told. 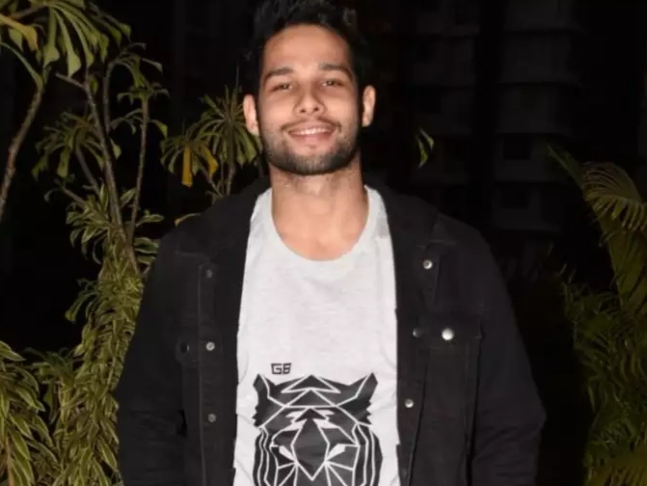 Recommended Read: The Rising Stars of Bollywood: I want to rise above the characters I play on-screen - Vishal Jethwa

He further added, "If a script allows me to do something good, then why not. It is all for the art. I aim to be a part of a great film for some time. When I'll get more scripts and I'm there, we'll see. I don't care if there is more than one lead, I need to be honest and believe in my character. If I do that, the audience will love the film."

Pratik Gandhi's performance in 'Scam 1992' is effortless but compariso

In Bollywood, people still refer to me as Allu Arjun's brother: Allu Sirish

Mouni Roy and Aryushmann Khurrana got that one big chance in Bollywood, not everyone gets it: Arjun Bijlani

Music is a part of my life but acting is work for me: Neha Mahajan

Everyone tells me I should be excited that I'm doing Tiger 3, but I will be when I actually sign the film: Emraan Hashmi on the Salman Khan starrer