Hina Khan’s debut film, Lines, after its poster launch at Cannes Film Festival is now streaming on Voot Select. Director Hussein Khan’s Lines is a film about the plight of Kashmiri civilians and the terrified atmosphere of India-Pakistan border. Besides Hina, the film also stars veteran actress Farida Jalal and Rishi Bhutani.

Set in 1999 during the Kargil War, Lines follows the story of Nazia (Hina Khan), a young, vivacious Kashmiri girl who is born and raised on the country’s border where she lives with her mother (Rani Bhan) and grandmother (Farida Jalal). Her life is difficult and strenuous due to continuous bullet fires across the border yet it never dampens her spirit. She wants to fulfill her grandmother’s dream, which is to meet her sister who lives across the border in Pakistan. She is the ‘man of the house’, a farmer and the bread winner.

RECOMMENDED READ: Happy Birthday Mummy Ji Review: Shefali Shah brings a poignant story about being taken for granted and rediscovering oneself in her directorial debut

Nazia eventually succeeds in getting her grandmother’s sister to Kashmir from Pakistan and making them meet after 40 long years. In the course Nazia falls in love with her grandma’s sister’s son Nabeel (Rishi Bhutani), who also accompanies her, to Kashmir. After a simple courtship the two tie the knot and thus starts the real story. Nabeel goes back to Pakistan, leaving Nazia behind as visas and permits take time, but their union suffers a jolt when the Kargil war breaks out. The war makes Nazia take a step that she shouldn’t have.

Hina Khan’s portrayal of Nazia is commendable. She does not make bold statements yet breaks the patriarchal mindset in her own ways. She is determined, gutsy, restrained and yet has an endearing innocence in her. Rishi Bhutani, on the other hand, supports Hina’s performance admirably and their chemistry is crackling.

The supporting cast of Farida Jalal, Rani Bhan, Ahmed Haider, Zahid Qureshi, Tariq Khan and others also do a wonderful and commendable job with their acts. Shot in Kashmir, the film uses subtle comedy and poetry infused with pristine locales. Cinematographer Laxmi Chauhan’s lens brings Kashmir alive in Lines. The film boasts of no gory animosity between the two countries but makes the story about the hapless circumstances of the people caught between the two countries’ politics. 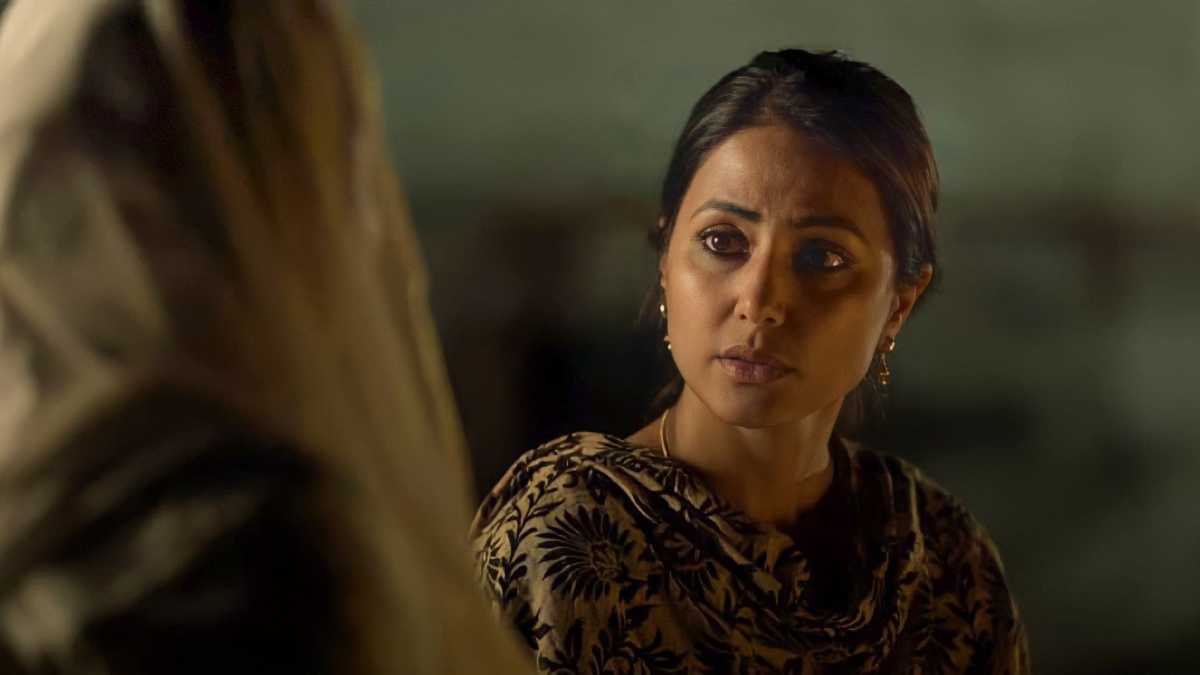 Hussein Khan’s direction is not exactly subtle and several times the characters break into monologues to instill the dreariness of their situation. However, his unambiguous stance makes the individual accounts impersonal and not that effective.

Lines is not exactly pathbreaking and might be a tad unimpressive to the viewers but it does achieve what it set out to do, bringing to fore the bizarre situation that life forces on us and depicts the story of a husband and wife divided by the barbed wires of Indo-Pakistan border.