Advertisement
HomeWEBCASTWebcast ReviewsOut Of Love Season 2 Review: Rasika Dugal and Purab Kohli entangle you in a web of emotions with twisted storytelling

Web Show: Out Of Love Season 2

(Review is based on the first two episodes. New episodes will release every Friday)

Two years after leaving us on the edge of the seat, Rasika Dugal and Purab Kohli are back as Dr. Meera and Akarsh in Hotstar Specials' web show, Out Of Love Season 2. The show directed by Oni Sen takes a three years leap.

Meera has settled in her life as a single mother after a rollercoaster ride in the previous season. However, her past returns to haunt her. Meera's ex-husband Akarsh, whom she exposed in the first season, is back in her life for payback. This time in a way that she could never imagine. Akarsh is here to reclaim his life and mend his relationship with his teenager son Abhishek. But that's not all. Akarsh, who was was proven guilty of having an affair with a much younger woman despite being married, plays calculated and cold moves. Meera finds herself threatened. Will she give up easily? What is Akarsh's plan? Out Of Love Season 2 will answer them gradually. 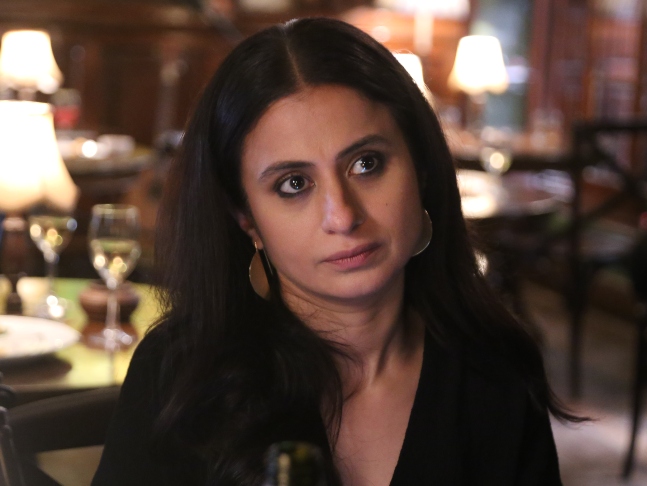 Out Of Love Season 1 was directed by Tigmanshu Dhulia and Aijaz Khan. The director doesn't hurry or rush to get into the show. The slow-burn approach keeps the excitement high. Without beating around the bush, the show picks up from where it was left. Out Of Love Season 2 allows you to choose sides and strikes the right chord with the viewers. It will be exciting to see who will be the ultimate conqueror.

Writers Preeti Mamgain, Rajesh Chadha and Eisha Chopra give numerous moments that will excite you. They build the tension with finer details and character arcs. It will be interesting to see how they treat the graphs of their characters in the upcoming episodes with intelligent storytelling. Coonoor’s exotic locales add to the overall feel of Out Of Love Season 2. There is nobody apart from Rasika who can play Dr. Meera with such conviction. She easily transforms from a wronged wife to a single mother and then a vengeful ex-wife. We are excited to see how she adds gravitas to her character in the remaining episodes. Purab's salt-n-pepper look makes him delectable. Showing Akarsh's manipulative shade once again, Purab steals the scenes with his acting prowess.

Out Of Love Season 2 is nice and refreshing. It is a different, thrilling and twisted take on familial ties and dysfunctional relationships. Rasika and Purab make it a perfect binge-watch option for the weekend. We can't wait to decode the story in every new episode which will stream on Disney+ Hotstar every Friday.