Short Film: When a Man Loves a Woman

Barun Sobti and Girija Oak teams up to bring a heartwarming love story titled When a Man Loves a Woman. Directed by Sai Deodhar the film revolves around a married couple – Peter and Maria, and brings out their undying love for each other, albeit a bit stereotypically.

The film opens with Maria played by Girija Oak trying to wake up her husband Peter, essayed by Barun Sobti. She is visibly excited about what seems to be an important day for both of them. She entreats Peter to put on his best suit and get ready. In a stereotypical scene, we once again get to see the man fumbling at tying a tie and ask his wife to help him with it, which is pretty unsettling as the tie is one piece of clothing that is usually used by men and hardly ever by women. But still, makers continue to depict men as incompetent imbeciles. 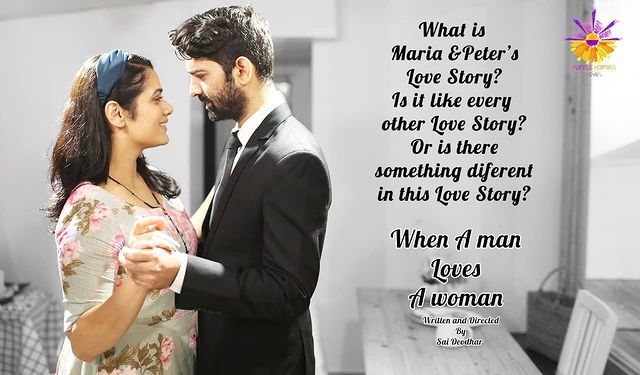 When a Man Loves a Woman follows a predictable storyline that makes you arrive at the conclusion much before the climax. Yet, it is the actors’ performance that makes the short film a commendable watch. Barun looks handsome and essays the role of a man smitten with his wife perfectly. He is controlled and restrained which goes perfectly well with his characterization.

Girija is exuberant, bubbly and effervescent on the screen. She has more dialogues than Barun and matches him perfectly with her happy demeanour.

The largely monochrome film forebodes a surprising ending that will tug at your heartstrings and Sai Deodhar’s film stays true to the feeling. However, the direction is a bit lacking and could have been a bit more original. However, all said and done, When a Man Loves a Woman is a commendable watch.

PeepingMoon.com gives When a Man Loves a Woman 3 Moons.