Tandav or Tandav Natyam is the divine dance form performed by Hindu gods. Although there are several manifestations to it, the most popular is synonymous with Lord Shiva’s Rudra Tandav. Ali Abbas Zafar’s nine-episode web series Tandav takes to the latter adage, bringing a gripping political drama with multilayered plot, twists-and-turns at every juncture and each character portraying dual tones.

Tandav follows the life of Samar Pratap Singh (Saif Ali Khan), a charismatic leader of the premiere political party Jan Lok Dal, who is ready to inherit the chair of the Prime Minister but his father, Devki Nandan (Tigmanshu Dhulia) is not ready to relinquish the throne just yet. The senior politician is an astute leader and is not only wary of the opposition but his son as well. However, there are other leaders who want to see themselves wield power by becoming the country’s most sought after man, too. Dimple Kapadia as Anuradha Kishore and Kumud Mishra as Gopal Das are the other two factions in the party who are supporters of Dhulia yet want to see themselves succeed him in the PM’s chair. 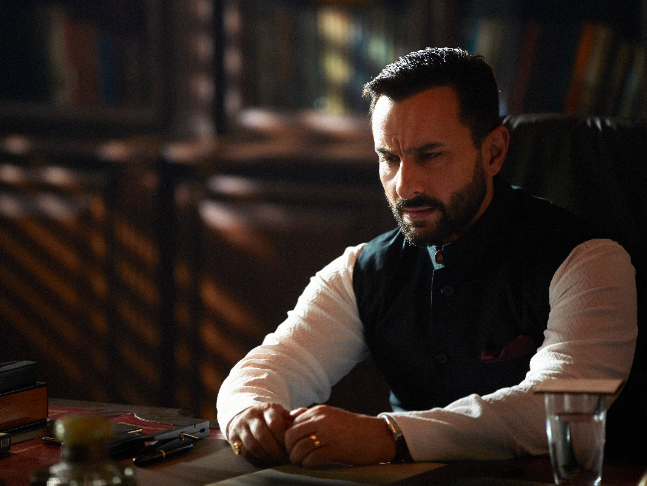 RECOMMENDED READ: PeepingMoon Exclusive: First 2 days I searched for lipstick, then realised I have to sport a beard,' quips Sunil Grover on shedding Gutthi's image for 'Tandav'

However, things are not as simple as it seems. Zafar manages to create a world full of characters so convoluted that there are no simpletons here. Tandav has no over-the-top dialogues, no tomfoolery and no ornamentations. The characters here are in a deadly pursuit of power and they will do anything to grasp it, whether it is parting with their loyalties, integrity, money or even getting away with murder. All is fair in the game of politics and for the quest of becoming India’s most powerful person. Early in the show, we get to hear – “There is a thin line that separates the right and the wrong. That line is called politics. That is where we stand,” which gives a clear indication of what is to follow in the series. 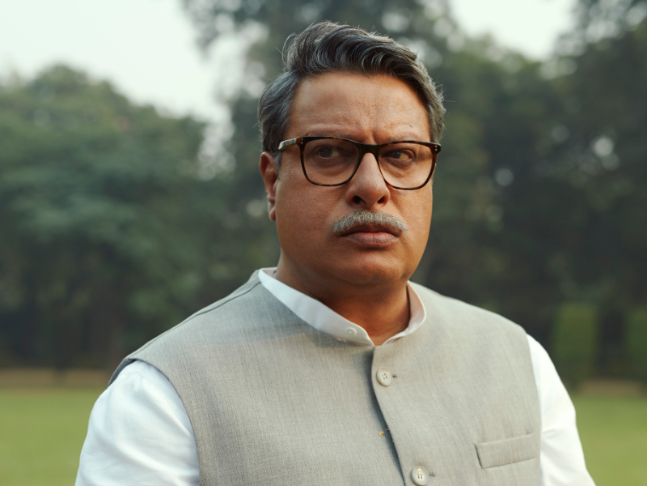 Saif Ali Khan as Samar is the youth political leader who is ready to take over from his ageing father, even if it means he needs to take some drastic measures. He is resolute, cunning, calculative, decisive and cunning. He has learned the nitty-gritty of politics at his father’s knees and is not afraid of using it for his own benefit no matter who comes in his way. He says, “Ab is Rajneeti mein Chanakya-neeti lani padegi,” and you get the impression that now things are going to get truly ugly. Tigmanshu Dhulia plays the astute politician whose one flaw is his ego. He loves to demean people and that becomes his bane. 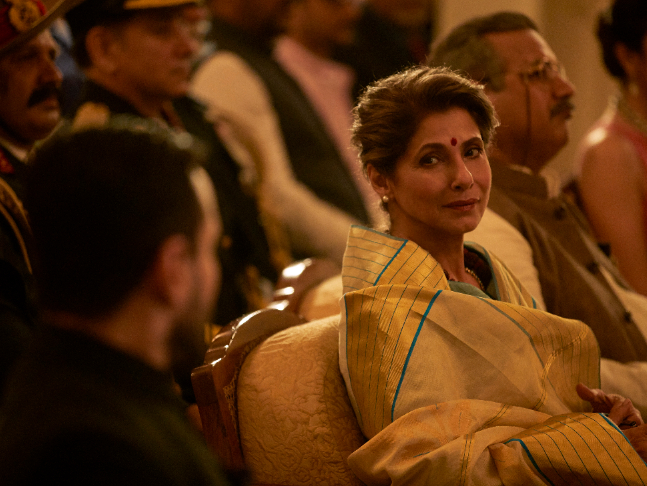 Dimple Kapadia plays Anuradha Kishore, a senior party leader and a close associate of Devki Nandan. The veteran actress proves once again her impeccable acting skills. In a frame full of male actors, she wields power with her poise and elegance and floors with her tenacity. She comes across as assertive and shrewd. Kumud Mishra as Gopal Das is another character to watch out for. Stuck in a dilemma of not his own making, he manages to get the last laugh in Tandav. 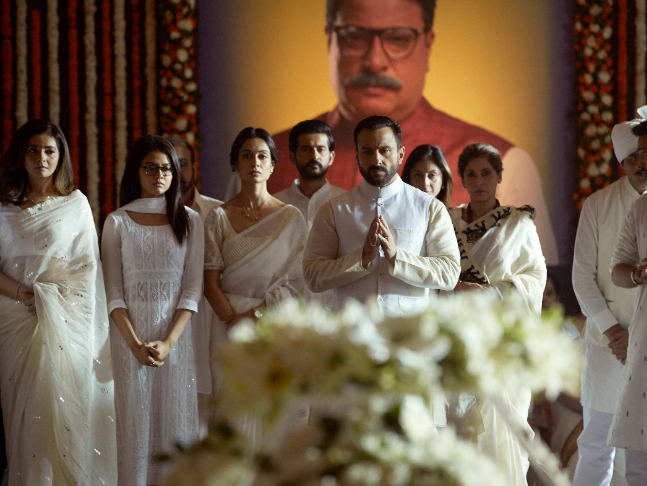 Mohammed Zeeshan Ayyub as Shiva is the young blood who emerges as the reluctant leader people want to follow. He drives Tandav and creates ripples at Raisina Hill with his sly moves. On the other hand, Sunil Grover’s Gurpal Singh is a far cry from his comedy show days. The man is foreboding and mysterious and emanates a sense of evil power that is almost palpable. His presence on screen even if silent gives off a vibe that something unsettling might happen soon. He also gets to mouth some of the best lines in the series that are insightful and gives cryptic clues about what’s coming next. 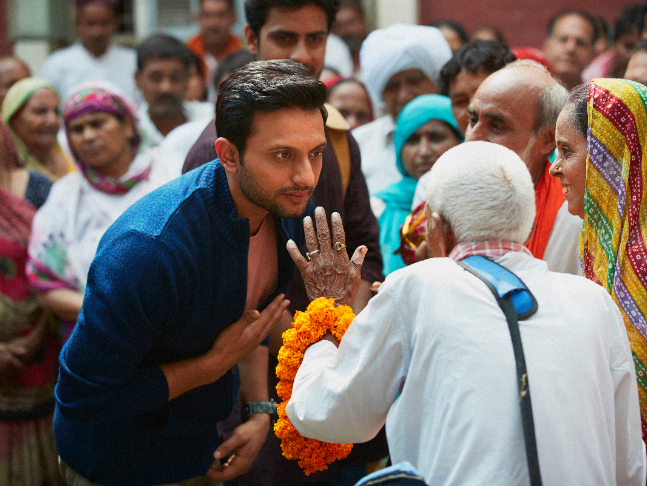 Sarah Jane Dias, Shonali Nagrani, Gauahar Khan, Kritika Kamra, Anuup Sonii, Sandhya Mridul, Dino Morea are supporting characters yet they have very strong presence in Tandav. They impress with their controlled and restraint acting and their roles are finely etched. They are the cogs in a wheel that moves the story forward. 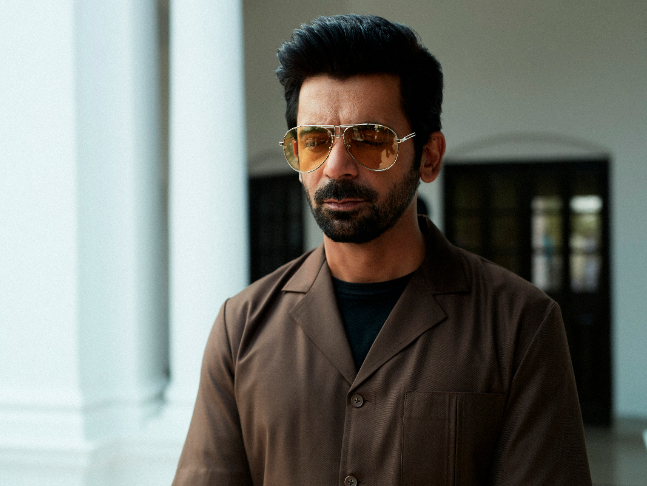 Ali Abbas Zafar’s Tandav is as good as Mahabharat. There are subplots within a plot and every character has layers to him or her persona. He manages to give each and every actor in his ensemble stellar cast a role that they were cut out for with ample amount of screen space. Not for a minute will the audience get the feeling that we have two big Bollywood celebs in the series since Zafar has managed to give a character arc with a backstory for almost all of them. The dialogues are spot on and deep infused with insights that help to give a clearer understanding of the drama. 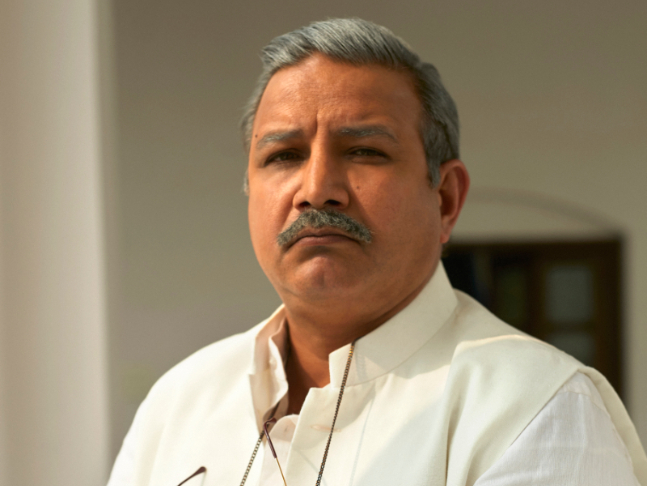 Writer Gourav Solanki impresses with his screenplay while Julius Packiam’s background score is haunting and premonitory and gives the feeling of sitting on a time bomb. Subarna Ray Chaudhuri’s costume design deserves a special mention as she has got her characters chalked out with their wardrobe. A R Rahman’s Dhakka Laga Bukka has been adapted for Tandav and it gives the right feeling to the youth and campus politics that is a parallel track in the series. 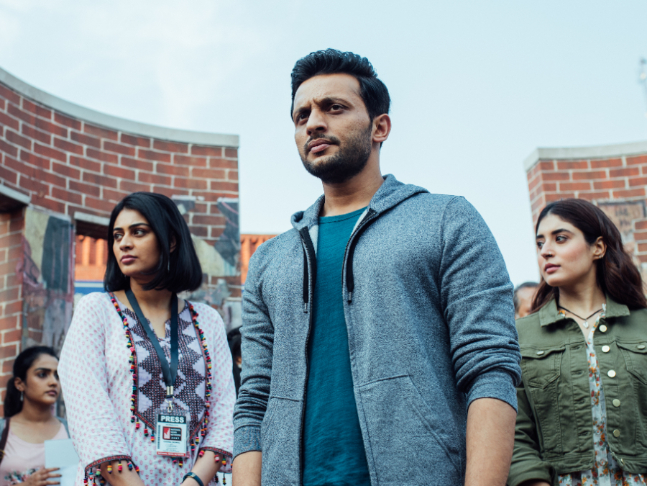 Tandav makes for an entertaining and must-watch that will keep you engrossed till the very end. It has set a benchmark for 2021 that other shows must aim to match. It looks like after Paatal Lok and Panchayat (2020) Amazon Prime Video has another winner on their hands with Tandav!