Shriya Saran confirms reuniting with Ajay Devgn for SS Rajamouli's RRR, says, 'its an emotional role in the flashback episodes'

Earlier this year, reports of Shriya Saran joining SS Rajamouli's period drama RRR opposite Ajay Devgn did the rounds. While fans were excited to see her reunite with her Drishyam co-star, an official announcement was awaited. Now, in the latest development, Shriya who is currently in Spain with her husband Andrei Koscheev, confirmed that she will be seen in the larger-than-life multi-lingual drama. During a recent Instagram chat, Shriya told that she has an emotional role in RRR that comes during flashback portions. She added that she will join the team in India once International flights resume.

"I have an emotional role in the film that comes during the flashback episodes. I will be shooting with Ajay Devgn for the role in RRR. Hope to join the sets once the coronavirus lockdown gets lifted and international flights resume," Shriya told. 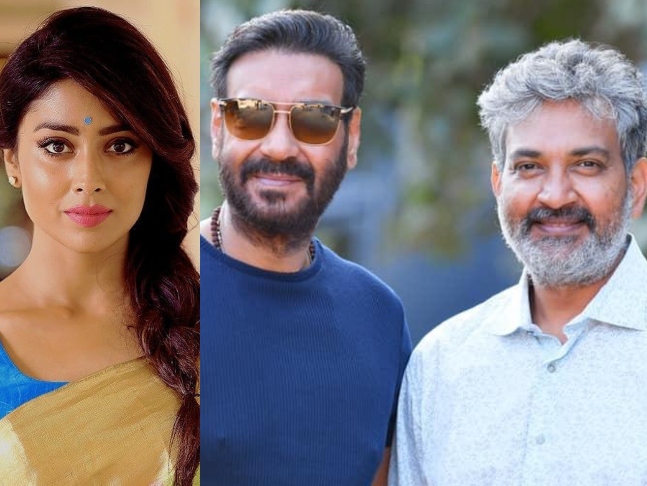 RRR that stands for Rise Roar Revolt is a fictitious tale on two Telugu freedom fighters Alluri Seetharama Raju and Komaram Bheem. RRR directed by SS Rajamouli and produced DVV Danayya is scheduled to release on January 8, 2021, in 10 languages. The film, apart from Ajay and Shriya, features Ram Charan, Jr.NTR and Alia Bhatt in the lead roles.

‘Ghilli’ actor Maran passes away due to COVID-19 complications at

It started off with our names as working title, but got so famous that