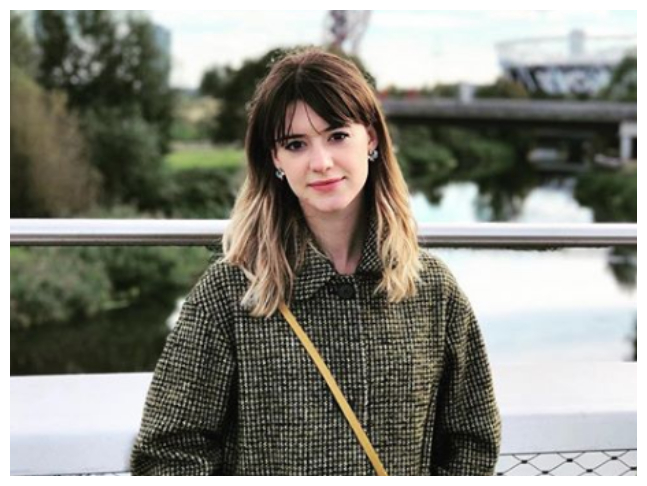 International actress Daisy Edgar Jones, who has starred in films such as Pond Life and War of the Worlds, has opted out of filmmaker S.S. Rajamouli’s upcoming action multi-starrer RRR citing family reasons. Daisy took to her Instagram page to share the news of opting out of the film, which stars Ram Charan and Jr. NTR.

"'RRR, unfortunately, due to family circumstances I am unable to participate in filming for this wonderful film. The script is truly brilliant and it's such a great character. I hope whomever they cast, receives as warm a welcome as I have and I wish the production all the best," Daisy posted on her Instagram page. In the film, Daisy was supposed to be paired with Jr. NTR.

A tweet from the official account of RRR read, "Due to unavoidable circumstances, Daisy Edgar Jones is no longer part of our film. We hope she has a brilliant future."

Daisy was bombarded with messages from Jr.NTR’s fans for updates about the film when her name was first announced for RRR. People welcomed her to Tollywood and even went as far as to suggest that she is extremely lucky to star opposite Jr.NTR. However, following her exit, she is now witnessing immense trolling and nasty comments. People called her ‘unlucky’ and the fact that her Instagram followers had tremendously increased at the time of the film’s announcement started dwindling by rapid speed. Most of her fans wrote that they are “unfollowing” her on social media now. Check out some messages below. 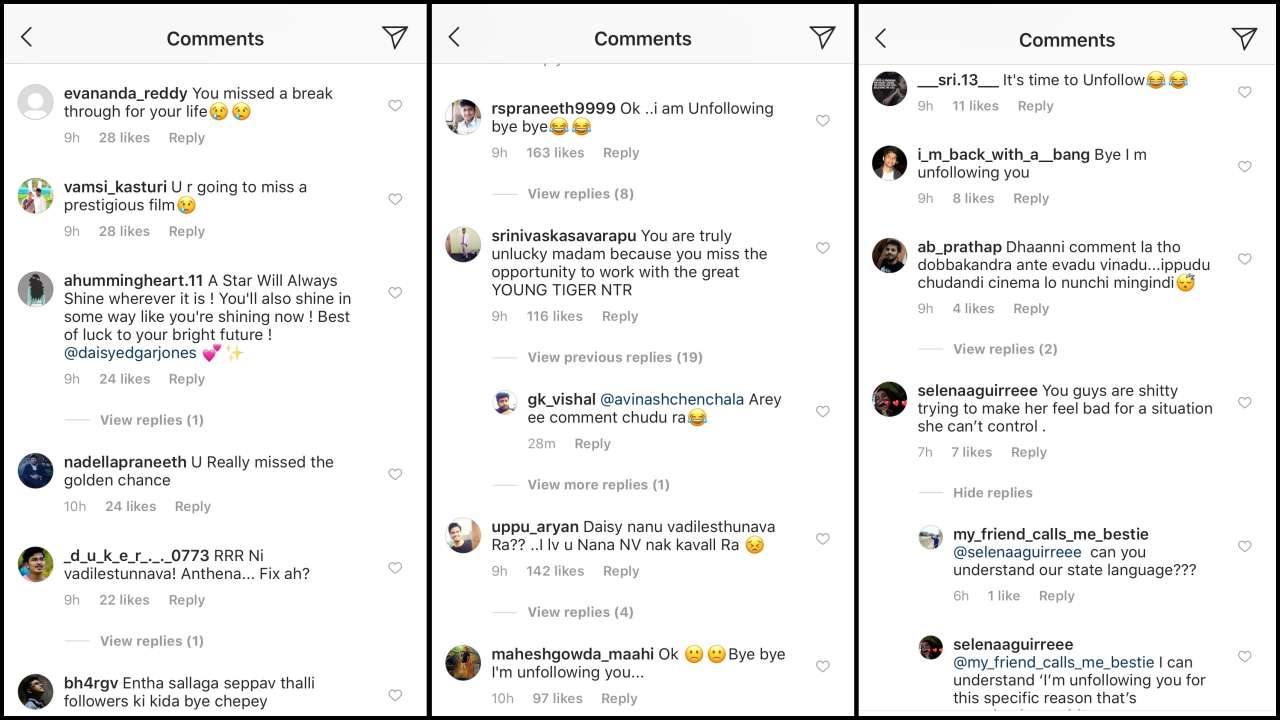 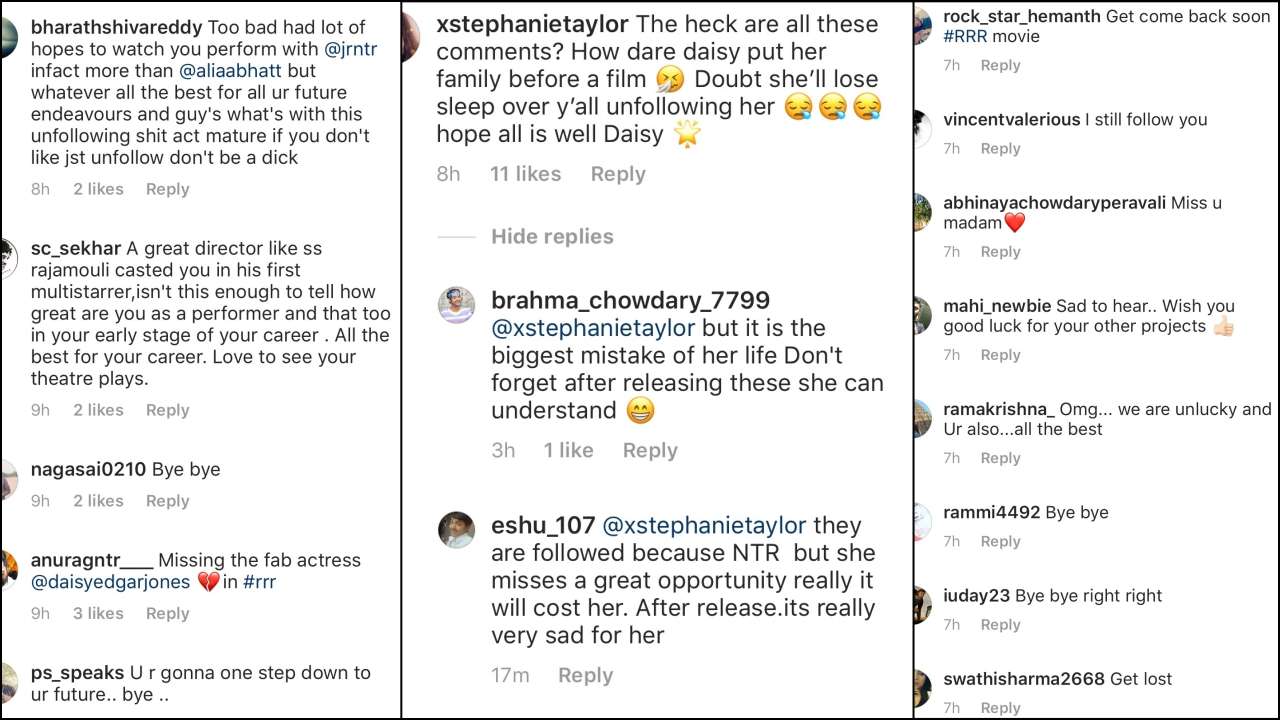 Some fans tried to drill some sense into the trollers but to no avail. Check out the comments below. 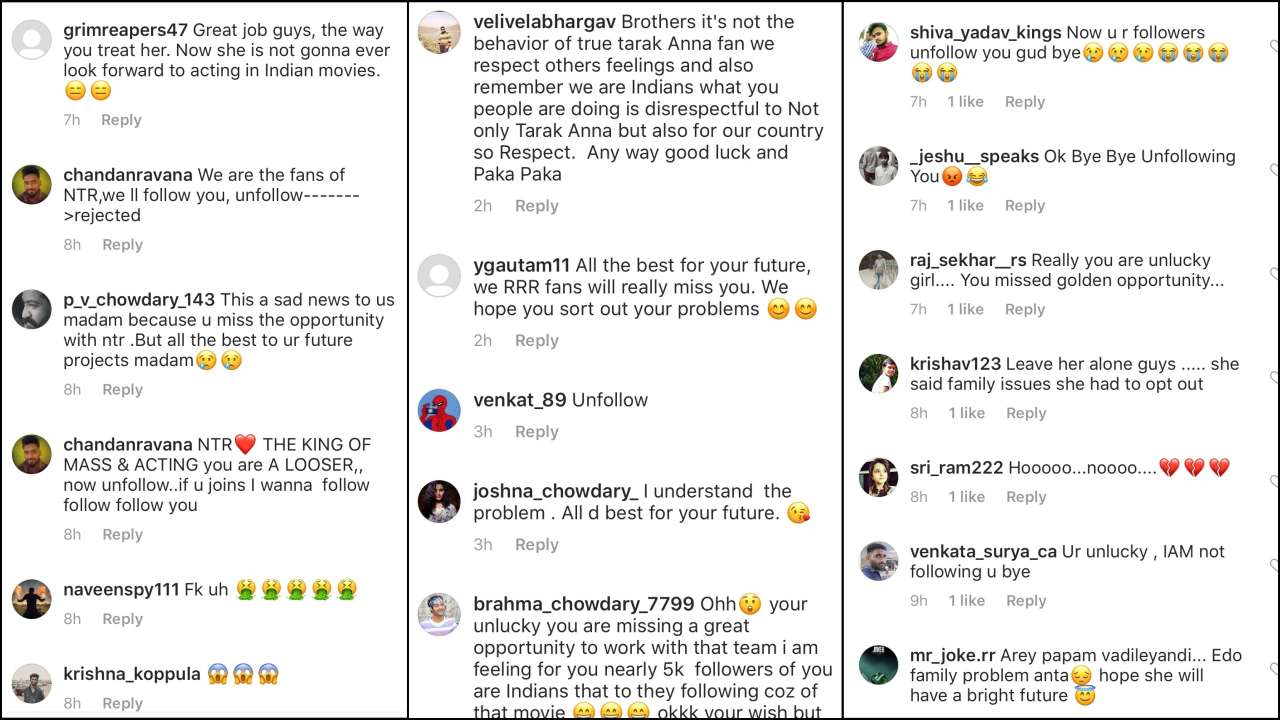 Daisy must be heaving a sigh of relief in a way, as she must be thinking that just an announcement about the star cast can get the fans into such frenzy the film might overpower and overwhelm her.

Last month, speaking to reporters, Rajamouli said that RRR, which is being made on a lavish scale, will be a fictional story based on two real-life heroes and freedom fighters - Alluri Seetharama Raju and Komaram Bheem. "This is a fictional story set in 1920s pre-independence era. Most of us are well aware of the stories of Alluri Seetharama Raju and Komaram Bheem. We know they are popular freedom fighters and were fearless. What most of us don't know is that there are gaps in the lives of these revolutionaries that we don't know about. We don't know what happened in their lives in these years. RRR will be a fictional story of what could have happened in the lives of Alluri Seetharama Raju and Komaram Bheem in those years when they had disappeared. What if they had met and trained themselves to fight for the same cause" Rajamouli said.

While Jr. NTR, otherwise known as Tarak, will be seen as Komaram Bheem, Ram Charan will be playing Alluri Seetharama Raju. RRR also stars Ajay Devgn, Alia Bhatt and Samuthirakani in key roles. The film will hit the screens worldwide on July 30, 2020, in 10 Indian languages.