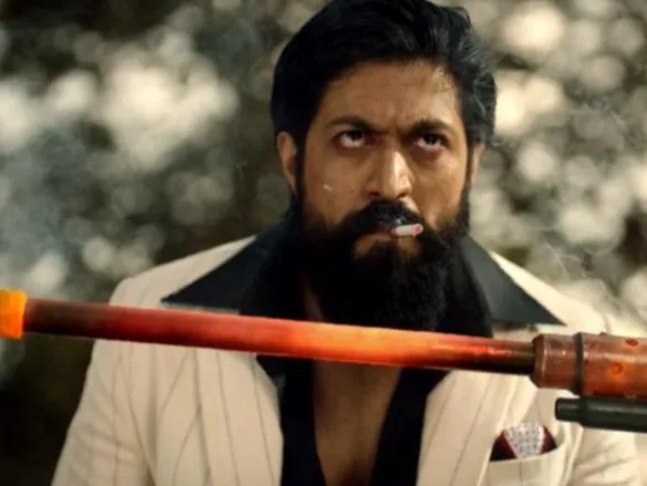 Stakes are extremely high for director Prashanth Neel and Rocky bhai, the lead character of his film K.G.F: Chapter 2. After K.G.F.’s unprecedented success in 2018, Prashanth and Yash opened a market for action spectacles straight from the Southern region of India. Now, four years after the happenings at Kolar Gold Fields, the story, in the sequel, traces the journey of Rocky and his claim to fame.

Rocky (Yash), whose priority is to fulfil his dead mother’s last wish, has toppled Garuda to become the owner of the gold mine in Karnataka. In the quest to become the Sultan of India, he has made many enemies who are thirsty for his downfall and blood. Rocky finds his nemesis in Adheera (Sanjay Dutt), who rises from the dead to reclaim KGF which originally belonged to his late brother Suryavardhan.

That is not all. Rocky’s foes conspire his downfall and elect Ramika Sen (Raveena Tandon) as the new Prime Minister as she is the only potential person who can end his reign. Will she be successful in defeating Rocky and stopping his illegal mining activities that gave millions a reason to lead a happy life? Will Adheera manage to reclaim his property? Prashanth decodes all these questions in about 3 hours’ time. Prashanth’s world of K.G.F. is dark, evil and violent. Painting the canvas in shades of grey, orange, red and black, the filmmaker proves once again that he is a master storyteller. Sucking us into the world of Rocky and his ideologies, Prashanth highlights the relationship shared between a mother and son. Revenge, melancholy and aspirations are the key themes of K.G.F: Chapter 2. As mentioned earlier, the stakes are indeed high for the makers and they do not disappoint you, at least with the action sequences and the grandeur served on the big screen. It is a good sequel with an unexpected ending.

While K.G.F: Chapter 2 is a treat to all those who love action spectacles and films with heavy dialoguebaazi, it could have been stronger. The antagonist of the film, Sanjay Dutt aka Adheera looks promising. The original Rocky of Bollywood makes his towering presence felt every second.

At times, one can sense that the story gets weaker because of the confusing screenplay and additional time attributed to Rocky’s and Reena’s (Srinidhi Shetty) love story.

Emotionally, K.G.F: Chapter 2 once again focuses on Rocky’s relationship with his late mother and how Reena’s track makes his life even melancholic. It definitely suits the theme and can also be a plus point to attract a larger audience. Too much importance is given to backstories and this somewhere dampens the attempt to make the film razor sharp. 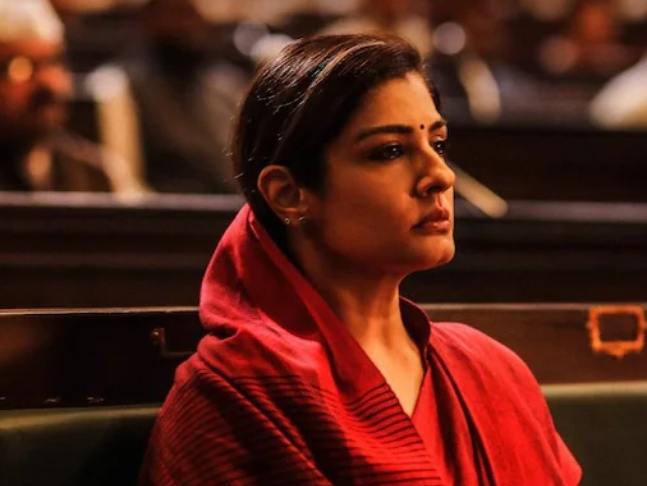 Carrying K.G.F: Chapter 2 on his shoulder effortlessly just like how Rocky carries his mining tool, Yash proves that the character was tailor-made for him. Right from the swag to an attitude in his eyes and carefree mannerism, the character carves a special space for himself in the history of Indian cinema. Trust him, he will never let a dull moment mar the film’s true essence. His dialogue, “Violence, Violence, Violence! I don’t like it. I avoid... but…Violence likes me!” will make many clap, hoot, cheer and whistle. That’s the power of Indian massy films.

Raveena Tandon is the true surprise. Though she comes in the second half of the film, she owns the screen with her presence. Unfortunately, not much of Raveena’s Ramika Sen was explored in the sequel but hopefully, it is developed later.

K.G.F: Chapter 2 is a delight to watch on the big screen and one must not miss out, especially if you are a fan of massy films with loads of heroism. Do not miss the end credits, the makers certainly have a big surprise for you before you exit the theatre! 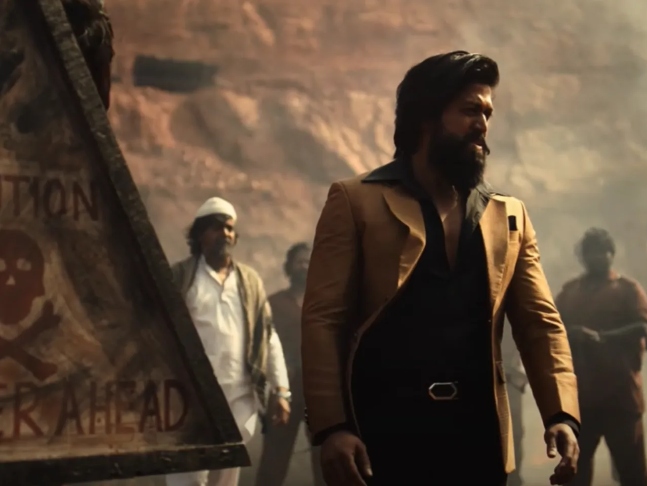