Advertisement
HomeBOLLYWOODBollywood ReviewsAttack Review: Hardcore John Abraham fans are in for a treat with his super-soldier in ‘Attack’ 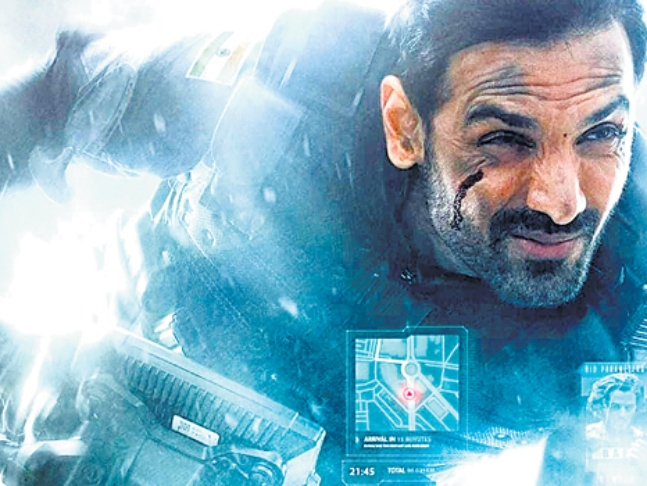 “Aaj kal ke faujiyon mein josh kaafi high hota hai,” says the Home Minister of India in Lakshya Raj Anand’s directorial debut Attack when super-soldier John Abraham is fighting terrorists attacking Parliament. Lakshya, who has worked on films like New York as an Assistant Director, has given the ever-popular desh bhakti genre a sci-fi twist and an answer to Hollywood in the film that introduces Bollywood to the concept of super-soldiers.

Attack, though packaged differently, is your high-end action-thriller revolving around Arjun Shergil, a tough Army man. While Arjun is ruthless towards terrorists, he experiences ‘turbulence in his heart’ when he meets Ayesha (Jacqueline Fernandez), an air hostess. However, their love story is destined to meet a tragic end. After a group of terrorists attack the airport, Arjun is left gravely injured and despite treatment, he is paralysed below the neck.

Years later, Dr. Sabah (Rakul Preet Singh) develops a chip that can enable a paralysed person to perform day-to-day activities independently. That’s when Arjun’s senior Subrahmaniam (Prakash Raj) comes into the picture and decides to bring back the soldier to track down Hamid Gul (Elham Ehsas), a most-wanted terrorist. In no time, the paralysed soldier becomes India’s first super-soldier who plays a key role when the terrorist group attacks Parliament. 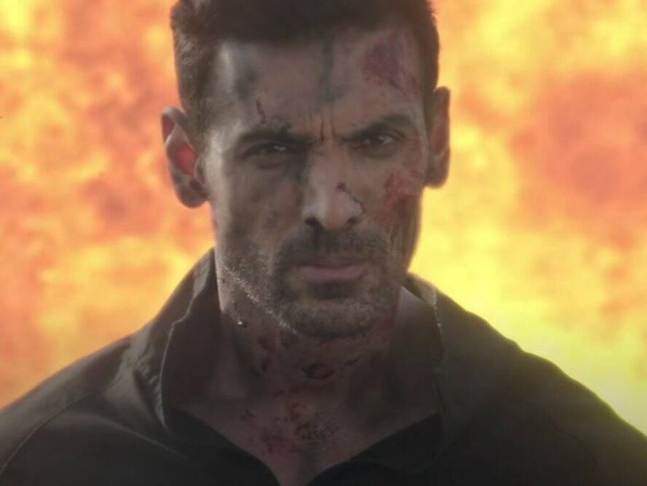 Attack is an ambitious film written and co-produced by John. It manages to open a new genre by marrying sci-fi with hardcore action. But the typical dialoguebaazi remains intact. Lakshya, in his directorial debut, does a commendable job especially considering it is a huge film. However, keeping action sequences aside, certain portions seem unnecessary. The story is inconsistent and despite being a relatively shorter film, Attack loses its charm and flavour briefly in the middle.

The main attraction, heart and soul of Attack is John Abraham, of course. He returns to his action avatar and fans will certainly not be disappointed with their on-screen idol. “Mere dil mein turbulence ho raha hai, uska kya?” says John to Jacqueline in the film and this is exactly what girls and women in theatres would feel on watching the actor set the screen on fire with his hot bod, sleek action, stunts and performance. He is not just acting in Attack but has written the story too. That’s where John falters. In the quest to make a unique film, the story is loaded with cliches, irrelevant happenings, unbelievable proceedings and a narrative that moves ahead so quickly that one fails to hop onto the ride with the character.

Though the concept of IRA and a scientific chip are unique, after a point you will feel it is a regular action film revolving around gun-blazing and mouthing patriotic dialogues. Maybe the second part of Attack will bring forth new angles and give John a chance to display his emotional, comic and romantic hero side too. The romantic track between John and Jacqueline doesn’t contribute much to the story. 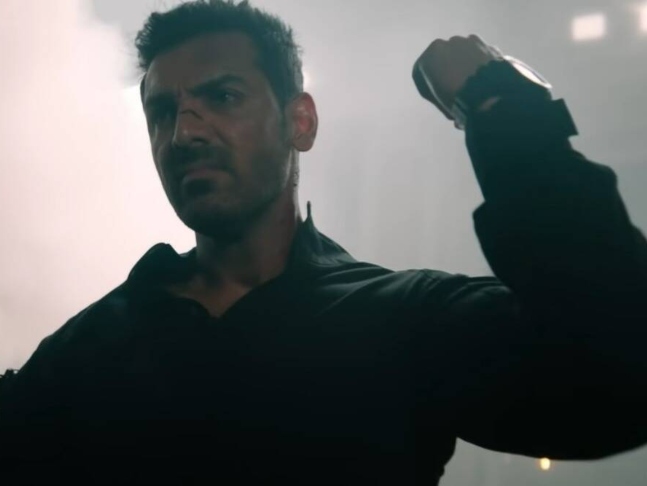 Rakul Preet Singh as scientist Dr. Sabah does a good job but doesn’t get much chance to showcase her talent. Jacqueline Fernandez, like her recent films, has nothing much to do. She barely has 3-4 dialogues and her romantic track with John hardly leaves any impact. Prakash Raj gives a decent performance but the story doesn’t give him scope to showcase his best acting skills. The actor, in the film, says, “The Home Minister is in love with our Prime Minister,” and that is possibly the only thing that makes him stand out. Ratna Pathak Shah and Kiran Kumar are wasted, Rajit Kapur is once again made to sit on the chair of a politician, this time of the Home Minister.

The background score of Attack is good. The action sequences, especially the climax, are done well. The cinematography is sleek and edgy. While Attack is a brave attempt, it largely depends on John and his action hero avatar. Hardcore John fans will be in for a treat, but apart from that, the film fails to shine.